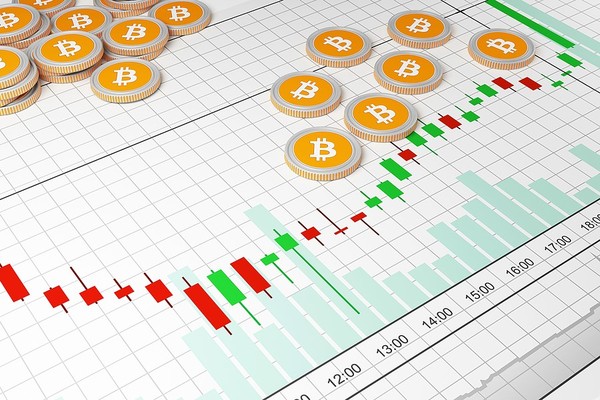 Perhaps it’s already happened to you. Your big winning bitcoin or altcoin trade suddenly reversed lower overnight, decimating thousands of dollars in open profits. Profits that could have – and should have -been yours to enjoy.

If this describes your bitcoin trading history, it’s high time you learned how to protect your bitcoin gains by the wise use of trailing stops.

A trailing stop is a mathematically-based formula that plots a line, dots, or dashes on your altcoin charts. This technical indicator will alert you when it’s time for you to close out your coin position. Once it’s breached, you’ll either lock in part of an open gain or limit your losses on a trade that fizzled out.

Here’s an alternative definition as per the folks at
Investopedia.com:

“Trailing stops are orders to buy or sell securities if they move in directions that an investor considers unfavorable. The stops adjust to the current price of a stock. This gives the investor a greater chance to make a profit while cutting back on losses, especially for those who trade based on emotion or anyone who doesn’t have a disciplined trading strategy.”

Trailing stops come in many varieties, but we’ll just look at three of the most useful ones here.

Serious traders have been using two-bar reversal (2BR) trailing stops for many decades, although it was noted commodities trader and market cycles educator/author Walter Bressert who popularized it. You can create your own version of this simple technical indicator by tracking the highest high and lowest low of the previous two price bars on your bitcoin/altcoin charts (on any timeframe).

You would take buy signals each time the coin exceeds the highest high of the previous two bars, staying long until the lowest low of the previous two bars is breached. It works exactly the same way for short trades, by inverting the same logic. By design, the stop locks in place as each new higher high (lower low) appears, thus preserving a large part of your open gains – or limiting your losses.

Advantages: Gets you into big winning trades much earlier than slower-moving 10- or 20- bar channel breakout or volatility breakout trailing stops. The 2BR can also help lock in more of the gains during rapidly accelerating trend moves.

Disadvantages: In non-trending markets, the 2BR will often be whipsawed, causing you to lose money as the market thrashes about.

Check out this daily BCHUSD chart that shows the 2BR at work in both long and short modes:

Figure 1.) BCHUSD, daily: The two-bar reversal trailing stop can help you get into trending moves early on. Note how tight the initial stop was at the start of the long trade, versus the wider initial stop seen on the short trade. Chart graphic: TradeStation 10.

If you trade bitcoin or altcoins on timeframes that consistently trend strongly, you will be hard-pressed to find a better ‘all-in-one’ entry/exit and trailing stop indicator than the 2BR. Plot it on your own charts and you may find it to be just what you’re looking for. It truly is one of the best bitcoin technical indicators.

Richard Donchian is often credited with having the original idea for channel trails. For that reason, they are also referred to as Donchian Channels. They’re still the same today, unchanged in concept since he popularized their use in the early 1960s.

Early channel systems typically triggered buy signals on a break above the highest high of the previous 10- or 20- price bars; many trend followers would then monitor the trade for a breach or close below the lowest low of the previous 20 bars to trigger a trade exit signal. You can also use this method for short trades.

The channel trailing stop is typically used as a combo breakout trade trigger/trailing stop. The example ETHUSD chart we’ll look at uses a 10-period lookback for both the entry trigger and the trailing stop.

Channel trailing stops can be a good choice for patient bitcoin/altcoin trend followers.

Works best in coin markets that spend more time trending than they do chopping around. You will catch the start of every major trend with this system – and lots and lots of smaller losses, too! Channel trails are easily replicated in all popular charting platforms.

Some trading platforms also allow you to back- and forward test your channel system, which is a major plus. The famed Turtle Traders used 20- and 55-period channel trailing stops to make hundreds of millions in commodities in the 1980s, so these do have real-world application in all trending markets.

10- and 20-bar channels are far less responsive than the 2BR trailing stop, meaning that you may experience worse intra-trade drawdowns before a given trend can gather steam.

Soon after, traders learned how to use the ATR to create self-adjusting trailing stops that followed every trend move higher and lower.

These ATR trails locked in the gains even as they avoided premature stop outs, especially during volatile market conditions.  The trails moved closer to the trade as volatility contracted, unlike a channel trail. Conversely, they also had the ability to remain fixed in place, a safe distance away from whipsaw price action in choppy markets.

This was radical stuff back in the late 70s and early 80s, and amazingly, ATR-based volatility trailing stops seem to still work pretty well here in 2019.

Figure 3.) BCHUSD, daily: The volatility trailing stop is often used as a breakout entry trigger and as a trade management stop. It worked especially well on the first trade above – but produced losses on the second (short) trade. The last trade is still open and is slightly profitable as of this writing. Chart graphic: TradeStation 10.

Note how the volatility trail hugs the price action in BCHUSD when the price bars have very narrow ranges (low volatility phase, left side of the chart).  Now compare that to the wide distance between the trail on the extreme right side of the chart. In volatile market phases, the volatility trail gives your altcoins room to sort out their next move – and without your being needlessly stopped out of a potential long-term winner.

Learn from the Masters

There are many other styles of trailing stops, but the three you’ve just seen are among the only kinds that actually offer specific trade entry triggers as a bonus. Some of the most famed and profitable traders in the world have used similar methods since the 1960/1970s. Perhaps you can follow their example, learning all you can about the particular nuance that made their trading activities so profitable.

To learn more about bitcoin and altcoin trading and investing, subscribe to the Bitcoin Market Journal newsletter today.

I do not have any open positions in Bitcoin Cash, Ethereum, or any other altcoin at the time of this writing. All trading systems were constructed by me with the tools included standard in TradeStation 10. All system results are hypothetical and are not specific trading/investing advice for any specific person or entity.