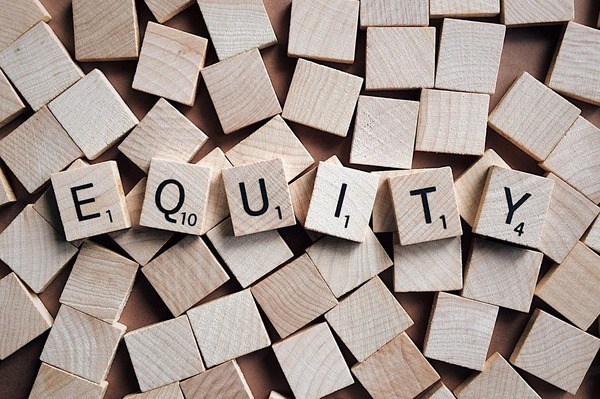 Token classification is quickly becoming one of the most important subjects in blockchain. It will determine how companies are formed and how assets are traded in the years to come.

How the SEC and IRS (to name just two potentially interested agencies) classify a given token will settle most of the debate over which rules apply when you buy, sell, or trade it.

That will make a huge difference in your portfolio.

Here is a brief overview of five token classes of which you should be immediately aware, with some language borrowed from our FINRA working paper available here. The SEC has not codified them yet, but their identities are beginning to emerge from regulator statements, asset behavior, and simple common sense.

How We Got Here

First, blockchain firms invented a business model. Ecosystem-and-token is a new way of running a company, with entire products circulated based on dynamic pricing through an internal economy.

Then, firms created a new form of funding. The ICO (or Initial Coin Offering) allowed nascent companies to raise funds by selling tokens before release, skipping the cumbersome processes of venture capital and regulatory compliance. Instead of participating in traditional markets, the firms of the future would go right to the consumer.

Perhaps inevitably this was when the lawyers got involved and decided that no, blockchain firms do not get a regulatory mulligan.

Finally, we have today. The era of the carefree ICO has passed. Entrepreneurs now have to release tokens subject to regulatory compliance. The result is a market increasingly defined specifically by how a token functions within its ecosystem. Blockchain firms that develop currencies purely for internal use can argue that they have non-securitized “utility tokens,” kind of like a Dave & Buster’s card that’s useful for more than margarita spattered whack-a-moles.

For everyone else, there are security tokens and there are equity tokens, (the financial products blockchain firms sell to raise capital. Sometimes this means covering startup costs. Other times, if the firm is successful, it can raise operational funds. Either way, the tokens are securities in that the firm has released the product as an investment. (For more about the definition of a security and investment product generally, see here.)

Beyond that, security and equity tokens function very differently. Let’s delve a bit deeper into the issue.

Equity tokens are, in a very real sense, 21st-century stocks.

An equity token represents a share in the underlying company. As with any stock purchase, holders literally own their given percent of the total enterprise. They are entitled to a portion of the company’s profits and a right to vote on its future. The only significant difference between an equity token and a traditional stock is the method of recording ownership. A traditional stock is logged into a database and can be accompanied by a paper certificate. An equity token records corporate ownership on a blockchain.

But you may also have heard of Class A and Class B shares. These classifications typically alter the voting rights of shares in the company. A Class-A equity token, for example, could entitle the holder to 10 votes per token, while Class-B could carry a 5-vote share and so on. A company can create as many stock classifications as it chooses, including some which get no votes at all.

Occasionally a company will also assign to stock classes what is called a “preferential dividend.” These receive their share of corporate profits in different amounts from the rest of a company’s investors.

Purchasers of an equity token need to be aware of these issues and particularly the potential for preferential dividends. While uncommon, they mean that anyone who holds a preferential dividend will not only receive a greater percentage of corporate profits but also that they will get paid those dividends first. If a company which issues that kind of equity does not post a large dividend in a given quarter, common equity holders can end up getting nothing.

To date, there have been few legitimate ETO’s (Equity Token Offerings). The German firm Neufund has announced plans for one, as has the firm Documo, yet they are among the few. In part, this drought is because many startup companies prefer security tokens as ways to raise funds without giving up ownership stakes. However, at the same time, it is also because the regulatory marketplace for an equity token remains murky.

The SEC has not yet decided exactly how to treat equity tokens, and so hasn’t yet settled corporate rights and responsibilities with precision. Yet it has explicitly stated that equity tokens constitute a traded security under its jurisdiction. It is possible (even likely) that the agency will decide to require a full IPO procedure for a public equity token sale. If so, it will significantly affect the rights and duties of investors.

A security token is… well, it’s almost everything else.

Security tokens are blockchain investment products which don’t give any ownership in the underlying company, but which do take value from the company. Investors buy a security token anticipating that it will increase in value for the purpose of selling it later and collecting a profit.

Not every cryptocurrency qualifies as a security token. In fact, most pure cryptocurrencies, such as Bitcoin and Ethereum, do not. They are what investors call “assets,” similar to gold or silver. Their prices rise and fall based not on any underlying enterprise but rather on market movements.

A security token, on the other hand, takes its value based on some metric related to corporate performance. For example, the token could entitle the bearer to a share of profits or could be designed to draw value based on the firm’s ecosystem.

As the SEC established in its case SEC vs. Howey, a financial product counts as a security if it involves:

The value a security token takes from the performance of an underlying business makes it a security. It is distinguished from an equity token by the fact that it does not create an ownership stake in the company. As the company thrives, its token gains value and investors can sell for a profit.

It is critical to understand, as we have written in the past, that these are investment products subject to all the oversight and regulation of the SEC. The federal government has made very clear that it is watching the blockchain space carefully and enforcement actions will become a regular feature of token investing in the future.

Examples of successful securities tokens include:

A final note: While debt tokens are not the subject of this piece, readers should be aware that they exist as a third category of financial product tokens. A debt token is, as it suggests, a tokenized liability. It is a debt recorded to the blockchain, either through a self-executing smart contract or through a simple ledger format. Either way, in the same way that an equity token is a digitized version of the stock certificate, a debt token is the blockchain’s IOU.

They have not become either as popular as security tokens nor as highly discussed as equity tokens.

Want to hear the latest as this market evolves? That’s easy!  Subscribe to the Bitcoin Market Journal newsletter today.