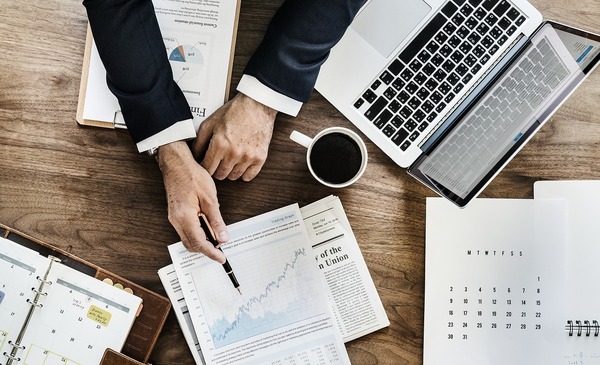 As the digital asset investment community has grown more sophisticated over the past few years, more and more digital asset valuation methods have emerged to provide portfolio managers with mathematical models they can use to determine in which digital assets they should invest.

Here, the BMJ team explores seven of the most commonly used digital asset valuation methods and how they are used by professional investors to make investment decisions.

Traditional company valuation models such as Discounted Cash Flow (DCF) or the Dividend Discount Model (DDM) cannot be applied to digital assets as they are an inherently different asset class than stocks. Hence, new valuation models needed to be created to provide investors with frameworks for the fundamental analysis of coins and tokens.

Four of the most popular digital asset valuation frameworks that have emerged include:

Messari’s Qiao Wang believes that “value will ultimately accrue to [store of value] crypto assets.” For a digital asset to become a store of value, he states, they need to be immune to theft, have credibly low inflation, and a low cost of conversion.

As an example of calculating the fair value of the price of bitcoin with Store of Value (SoV) in mind, we could look at the price of gold and make the assumption that bitcoin could one day replace gold as the go-to store of value for investors.

At a current gold price of around $1,300 per troy ounce, the total value of the world’s gold bullion is around $8 trillion. Should bitcoin replace gold as a popular store of value globally and its total network value rise to $8 trillion, knowing that the total supply of coins is capped at 21 million, the price of one BTC would end up being $380,000.

Multicoin Capital’s co-founder Kyle Samani computes token velocity as a function of transaction volume and average network value, generally measured annually. A high token velocity would suggest that while there is a high trading volume for a token, the value of the underlying network may not increase anywhere near the same rate.

Token velocity is calculated by dividing the total transaction volume of a digital coin or token by its average network value over the course of a year.

Tokens that have a high velocity tend to have little utility in their networks. Hence, when comparing the token velocity of different digital assets – especially utility tokens – investors can recognize whether a platform’s adoption will actually lead to an increase in network value and, thus, the price of the network’s token in the long run.

This can be drawn from the Equation of Exchange (MV=PQ), where token velocity is a significant driver of token price.

M = size of the digital asset base

P = price of the token

Q = quantity of the token

The lower the token velocity, the greater the token price is via an appreciation of M on the left side of the equation. This thesis states that tokens with low velocity will see higher prices than other digital assets.

Another popular valuation method used in the digital asset markets is Metcalfe’s Law, which was originally used to measure communication networks. The law states that the value of a network is proportional to the square of the number of the network’s connected users.

Metcalfe’s Law can also be applied to digital asset networks, according to research by Dr. Ken Alabi. In a paper titled “Digital blockchain networks appear to be following Metcalfe’s Law,” Alabi concluded that “[blockchain] networks [are] fairly well modeled by Metcalfe’s Law, which identifies the value of a network as proportional to the square of the number of its nodes, or end users.”

Metcalfe’s law is an excellent method to analyze the growth of a network as a function of its daily users.

The network value to transactions (NVT) ratio measures the dollar value of digital asset transaction activity relative to network value, measured by market capitalization. The NVT Ratio is the digital currency industry’s valuation equivalent to the P/E Ratio and was developed by digital asset researcher Willy Woo in 2017.

To calculate the NVT Ratio for a coin or token, you take its market capitalization and divide it by its latest 24-hour transaction volume. The outcome is the NVT Ratio, which can then be used to compare one digital asset with another. Hence, the NVT Ratio is a relative valuation method.

In a Forbes article, Woo explained the theory behind the NVT Ratio. He stated that in the traditional stock markets, we have the P/E Ratio, which is used to value companies by looking at their share price in relation to company earnings. Since there are no earnings for digital currencies, though, a different metric is needed to value bitcoin and similar digital assets.

“[In bitcoin land] we have a price per token, but it’s not a company so there are no earnings to do a ratio. However since bitcoin at its essence is a payments and store of value network, we can look to the money flowing through its network as a proxy to “company earnings”. […] The value transmitted on the Bitcoin blockchain is closely tied to its network valuation. The idea that we can use the money flowing through the network as a proxy for network valuation is valid. We can express this as a ratio. I call it NVT Ratio, short for Network Value to Transactions Ratio,” Woo wrote.

Therefore, a high NVT ratio for bitcoin (or any other digital currency) would indicate a high speculative value as the price is high in relation to its network activity. While this may indicate a bubble, it may also show that investors believe that this digital asset network will grow in utility in the future.

The INET model was created by Chris Burniske, former Blockchain Products Lead at ARK Investment Management, and currently a partner at Placeholder, a New York venture firm that specializes in cryptoassets.

INET is a fictional token that was created as a placeholder for whatever digital asset is actually being evaluated or analyzed.

The INET model is a detailed financial model that estimates the value of a token using the Monetary Equation of Exchange (MV=PQ), also called The Quantity Theory of Money by economists. This can be seen above in the section on Token Velocity.

In the INET model, the pricing of tokens is broken down even further into two additional components. These are the Current Utility Value (CUV) and the Discounted Expected Utility Value (DEUV). CUV represents the value associated with current utility and usage of the token, and DEUV represents the value of the token associated with investment speculation.

The current value of any token can thus be modeled and projected into the future through the use of a variety of inputs, including:

It is also possible to model and estimate the influence of CUV and DEUV on token price.

Based on the Monetary Equation of Exchange (MV=PQ) any token (INET) price is equal to the future projected monetary base (M) divided by the number of circulating coins at that future date. M is calculated as equal to PQ/V, where PQ is the value of on-chain transaction value, also considered network GDP, and V is token velocity.

In this model, velocity is a crucial input value, and the assumptions made regarding velocity means the model suffers from drawbacks related to token velocity and its interaction with other factors, including the fact that velocity cannot be measured or defined precisely. This is also true for the other variables in the equation, and when velocity changes recording that change as it relates to P, Q, and M is often arbitrary.

The DAA metric is often used to measure the number of users of a software platform (called DAU in this case) and it can provide very useful data regarding the users of a network. This data can help detect emerging and continued trends and is complimentary to Metcalfe’s law and the Network Value to Transaction (NVT) ratio.

Another interesting idea put forward by Placeholder partner’s Chris Burniske and Joel Monegro in a VC thesis paper is that crypto-assets can potentially be evaluated in much the same way economists evaluate the currencies of small emerging market countries.

In the case of a cryptoasset, the consensus protocol used can be considered similar to the constitution of a country. The blockchain community is then similar to the constituency of the country, with the users being the demand side of the economy and the miners being the supply side. The core developers are similar to the executive branch of government who execute the code based on the approval of the community. The tokens are the same as the country’s currency, and investors buy and sell the tokens based on how attractive the project is, the same way investors buy and sell fiat currencies based on how attractive the small EM country is.

Whether we’re discussing cryptocurrencies or fiat currencies, investors look for the same features such as productivity, a good degree of equality, low corruption, good governance, and sound monetary policy. Interest rates also play a part in the case of an EM country, and they can also play a part in proof-of-stake currencies, which have a return on investment similar to an annual return.

There Is No One-Size-Fits-All Digital Asset Valuation Model

Digital assets come in all shapes and sizes. Therefore, there is no single model that can be used to value all digital currencies and tokens.

Digital currencies like bitcoin, Litecoin, and Monero require different valuation methods than Ethereum’s Ether, which acts as “fuel” for the smart contract platform or Steemit’s reward tokens, for example.

Hence, it is important to be aware of what type of digital asset you are valuing and whether the methodology you are using is suitable for it.

To learn more about investing in digital assets such as bitcoin and altcoins, subscribe to the Bitcoin Market Journal newsletter today!