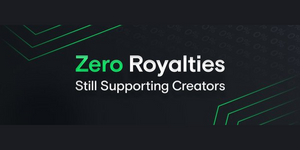 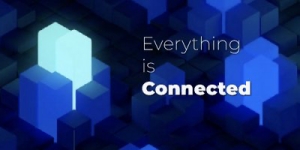 VeChain operates as a platform for smart contracts, similar to NEO and Ethereum. 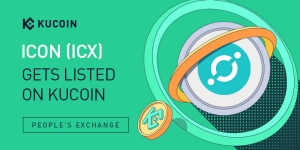 KuCoin is a popular centralized crypto exchange founded in 2017. 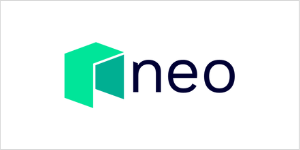 Overview: You already understand the benefits of long-term investing in cryptocurrencies. But perhaps you’re not aware that some crypto investments have another significant money-making advantage: you can receive regular payments in the form of dividends.

In this piece, we’ve researched the Top Dividend-Paying Cryptocurrencies for 2023, ranked by market capitalization, availability, and popularity. We’ve even estimated your annual dividend payment. Read on. 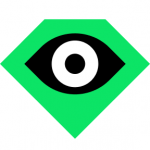 LooksRare is a decentralized non-fungible token (NFT) marketplace that encourages traders and collectors to use the platform through a system of hefty rewards. The NFT platform, which was launched at the beginning of 2022, has already offered over $1.3 billion in rewards to its users.

The ultimate goal of LooksRare is to dethrone OpenSea, which is currently the largest NFT marketplace by trading volume. LooksRare charges 2% on NFT sales compared to OpenSea’s 2.5% fee. On top of that, it implements a community-driven approach and has an intuitive interface.

LooksRare’s native token is LOOKS. It has a maximum supply of 1 billion tokens, with almost half of them being currently in circulation. Unlike OpenSea and other centralized marketplaces, LooksRare distributes all NFT sale fees to LOOKS stakers, offering a dividend-like reward.

The trading fees and rewards are paid in WETH (Wrapped Ethereum), with LOOKS stakers being eligible to accrue rewards on a daily basis.

LooksRare offers two staking options: LOOKS Compounder and Standard Staking. The latter is an active form of staking that enables users to earn LOOKS and WETH with a total annual percentage return (APR) of 42.44% as of this writing.

The compounder mechanism automatically turns users’ WETH earnings into more LOOKS, increasing the APR figure to over 51% as of today.

LOOKS has a fluctuating price and is currently trading at $0.13. It peaked at nearly $7 shortly after the launch in January 2022, but has been under bearish pressure amid the crypto winter.

VeChain operates as a platform for smart contracts, similar to NEO and Ethereum. It boasts a highly scalable Layer-1 blockchain infrastructure that is eco-friendly.

One of VeChain’s great perks is that it pays “dividends” in the form of VTHO coins. Users have to hold VET tokens in their wallets to receive VTHO tokens. The payout is at a rate of 0.00042 VTHOR tokens per day per staking of 1 VET. The yearly dividend is about 2.2%. 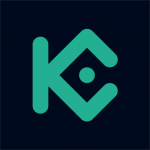 KuCoin is a popular centralized crypto exchange founded in 2017. Kucoin’s latest financing round held in May 2022 points to a valuation of $10 billion.

The native token of the crypto platform is KuCoin Shares (KCS), which represents an ERC-20 token. Users holding KCS in their KuCoin exchange wallet can receive daily staking rewards that amount to a 5.53% annual return. The daily dividends are paid from 50% of the exchange’s daily revenue from trading fees.

To become eligible for the rewards, users have to hold at least 6 KCS, which is about $100 based on the current price. 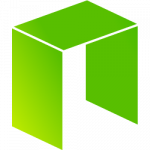 NEO – formerly known as AntShares – is a popular blockchain supporting smart contracts. It is often dubbed the “Chinese Ethereum.” It made waves during the ICO craze, but today it has lost ground against competitors like Solana, Avalanche, Polygon, and Polkadot, among others.

The NEO ecosystem is fueled by the NEO token, which holders can lock in the NEO wallet to receive dividends in the form of GAS tokens. Note that NEO’s GAS is different from the gas fees paid on Ethereum. On NEO, GAS is the second token and is also used for the operation and storage of tokens and smart contracts, as well as for dividend rewards.

The annual percentage return on NEO is over 2%. As a rule, for every NEO token you hold, you receive 0.0003 GAS per day. 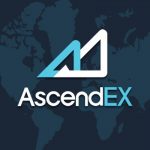 No. of Supported Exchanges: 5

AscendEX, formerly known as BitMax, is a centralized cryptocurrency exchange launched in 2018. Last year, it rebranded to adopt the new name, which better reflects the team’s belief in the bright future of digital assets and avoids confusion with Bitmex, another crypto exchange.

As of today, AscendEX handles about $100 million in trading volume per day. At the end of 2021, the exchange admitted that it was hacked, with experts estimating that about $80 worth of digital assets had been stolen. Nevertheless, the Singapore-based exchange handled the situation and covered the stolen funds.

The ecosystem is fueled by ASD (formerly known as BTMX), which represents an ERC-20 token. ASD holders can receive daily rewards and enjoy lower trading fees. About 80% of the profits made by the exchange are distributed as an ASD-staking bonus. 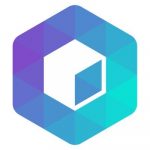 No. of Supported Exchanges: 3

Neblio, launched in 2017, is a distributed computing platform for enterprise blockchain applications and services.

NEBL holders can receive up to 10% in interest per annum by staking their coins thanks to the Neblio network’s proof of stake protocol.

No. of Supported Exchanges: 20

Komodo was launched in 2016 as a privacy-centric digital currency that leverages Zero-Knowledge Proofs to enable users to make private financial transactions. The multi-chain platform enables projects to create their own blockchains and host token sales.

Komodo is a hard fork from Zcash, which is itself a privacy-oriented fork of BitcoinDark. The Komodo platform also hosts decentralized exchange (DEX) and blockchain development solutions.

Users who want to receive dividends should hold at least 10 KMD tokens in their wallets. The dividends, which Komodo calls Active User Rewards, should be claimed on a monthly basis. The annual interest on KMD tokens exceeds the 5% mark, which is impressive. 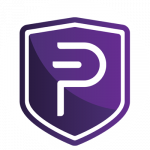 No. of Supported Exchanges: 14

PIVX (Private Instant Verified Transactions) is a privacy-focused digital currency that was launched in 2016 as a code fork of Dash to provide users with anonymous financial transactions using its “sub-currency” zPIV.

To earn PIVX dividends, users have to set up a masternode by locking up 10,000 coins in collateral. The price of PIVX is $0.11 as of today, down from $0.55 at the beginning of the year. 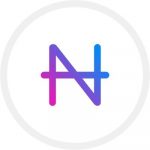 No. of Supported Exchanges: 6

NAVCoin was launched in 2014 to add privacy to digital currency transactions. Through its dual blockchain system, NAVCoin users can make anonymous financial transactions on the NavTech subchain. Interestingly, Navcoin uses a PoS consensus mechanism to secure its network.

Users can stake NAV to receive dividend-like rewards that amount to about 5% per year. (BMJ Score: 1.5 out of 5) 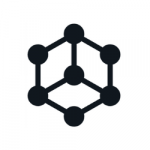 No. of Supported Exchanges: 3

Bibox is a Chinese crypto exchange that also provides decentralized financial services to users. Launched in 2017, it has been promoting itself as the first AI (artificial intelligence) crypto trading platform, although it has gradually lost momentum over the years.

BIX is the native token of the exchange, and holders are eligible for dividend-like rewards if they lock at least 500 BIX and trade at least once per week. The rewards are paid in ETH, and you may expect the APR figure to exceed 8%.

It’s worth noting that the BIX price has consistently declined from over $3 in 2018 to the current level of one cent. (BMJ Score: 1.5 out of 5)

What are Cryptocurrency Dividends?

In traditional finance, dividends are regular payments made by companies to stockholders. The value of dividends derives from the company’s profits and is decided by the Board of Directors.

When it comes to the crypto market, dividends represent rewards paid by crypto companies from their revenue, fees, or profits.

You should not confuse cryptocurrency dividends with staking rewards or airdrops, especially as the latter create dilution. Even though crypto dividends often look similar to staking rewards, they derive from profits or revenues made by the project, usually a centralized service such as a trading platform. In the case of staking, the awards are paid to block validators who maintain the network.

This may be confusing because few projects in this list refer to their rewards as dividends.

Should You Invest in Dividend Cryptocurrencies?

To begin with, there are very few cryptocurrencies that actually pay dividends. Remember you are also ultimately relying on the price of the underlying token. (If the token goes down 20% and you earn 10% in dividends, that’s still a loss of 10%).

On top of that, securing dividends doesn’t guarantee you actual returns, as they are paid in the form of the native token or ETH, both of which can decline in price and leave you with less.

On the other hand, the fluctuating price of dividends may increase and eventually multiply your holdings in dollar terms.

Our approach is to invest in quality crypto assets first, not simply because they pay dividends.

As mentioned, the value of crypto dividends can vary dramatically. Although the value of any share can change in value, crypto is notoriously volatile and may result in considerable changes to your projected crypto dividend payouts. Always consider the project first, the dividend second.