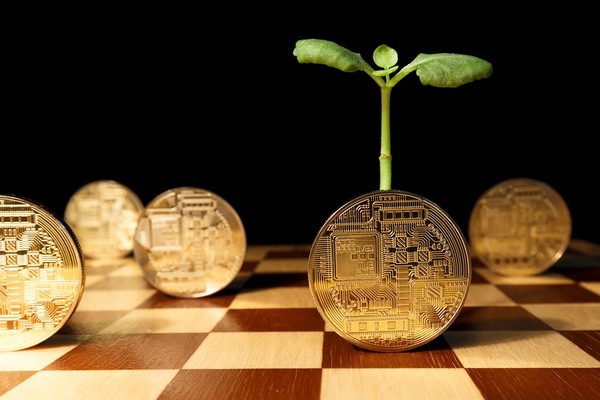 Quietly but steadily, a new type of cryptocurrency has marched onto the scene. It’s the security token. It’s inspired startups and conferences. It’s been covered by mainstream media. It’s drawn praise from The Hill.  Investopedia called it “the year of the security token.”

Why all the notice? Because security tokens have one thing going for them that other tokens don’t.

In a nutshell, a security token is a digital contract that denotes a share of ownership in some asset of value. Holding the token would give you the right to some percent of a house, for example, or equity in a business. In many senses, a security token is the digital equivalent of a stock certificate, updated and secured for the 21st century.

“Securities by definition are ‘a fungible, negotiable financial instrument that holds some type of monetary value,’” said Tal Elyashiv, co-founder of the security token firm SPiCE Venture Capital. “Usually in the form of economic rights to some underlying asset. In the case of security tokens, one can see multiple forms of economic rights that establish the token’s value. It can be rights to equity in the issuing company (then, the token is really a digital form of shares in the company), to a future revenue stream, to dividends, to interest paid (in which case it behaves like a bond), etc.”

“For example, in the case of SPiCE… the token represents an LP (Limited Partner) relationship in the SPiCE Venture Capital fund. In other words, the token holder has economic rights to the performance of SPiCE’s investment portfolio. Whenever SPiCE’s porrtfolio enjoys an exit, the net proceeds get distributed directly to token holders.”

Security tokens are different than utility tokens, which operate as part of a closed system. Someone who buys a utility token does so to use the system that a company has set up. The token gives the user access or privileges to an internal network, along with whatever product or services that network offers. (For example, to note a particularly popular utility token, a developer who would like to use the Lisk platform would purchase utility tokens to gain access to their dapp development tools.) Where security tokens derive their worth from the value of an underlying asset, a utility token derives worth from value of the product its closed network provides.

At least, that’s how it’s supposed to operate.

That isn’t always, or even often, the case, however.

“The SEC (and multiple other regulators) have made it very clear that the real cases where utility tokens are justified are few,” said Elyashiv, “and that utility tokens must not be used to raise funds for a company or its projects regardless of the future utility of the token.”

This last point may be critical to the future of the blockchain marketplace because lots of companies use their utility tokens for exactly that.

Security tokens are openly traded as securities, regulated financial products created specifically for an investment purpose. Utility tokens don’t have to comply with that kind of regulation because, in their accurate form, they’re not an investment. They’re an access product, and their value rises and falls based on the utility that the closed network provides.

Security Tokens and The SEC

However many, if not most, blockchain firms use their tokens to raise startup capital. This is the essential nature of an Initial Coin Offering, during which a blockchain startup urges investors to buy tokens on the promise that their value will rise once the network goes live. Purchasers in an ICO are not users. They’re investors hoping that the asset will increase in value for future sale. Companies launching an ICO aren’t operating their business. They’re raising capital.

As The Hill wrote on this issue in March, many “companies have launched tokens that plainly have not made any sense. Their tokens have not fit their respective business models. The token utility they describe is weak at best and fraudulent at worst.” This is often true, which has led the SEC to make several unequivocal statements that the overwhelming majority of tokens in circulation are disguised securities. The agency has made plain that it intends to dramatically increase oversight over the next several years.

Compliance with SEC regulations is a costly business, and the coming enforcement could mean anything from slightly higher operating costs for ICO-model companies to the end of this way of this investment opportunity. Yet in their young history, blockchain companies have relied on tokens to raise both capital and enthusiasm within their community.

The Future of Security Tokens

The market is enormous. In 2017 ICOs raised $5.6 billion and interest in blockchain has only been growing. No one wants to walk away from that money as a means of fueling innovation and wealth — not blockchain startups, not investors, and — based on indications, neither do regulators.

As a result, security tokens represent the best bet for investors — as a technologically advanced stock certificate and a regulatory compliant way of investing.