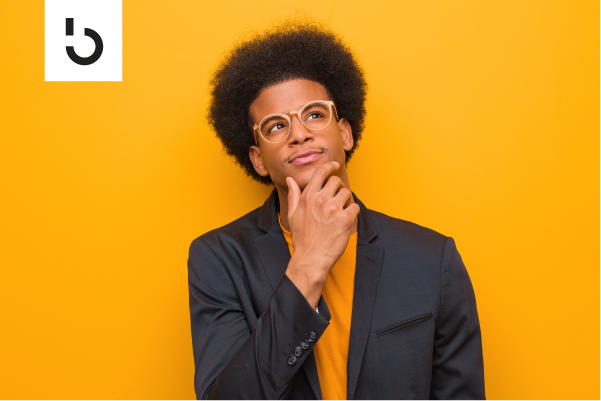 What are Layer 2 Protocols?

Summary: A Layer 2 (L2) protocol is a secondary or external framework built atop an existing blockchain network that’s designed to make it more scalable, flexible, and responsive. Crypto investors can buy the underlying tokens behind these projects, which is like buying stock in the “companies” that makes the L2s.

Blockchain networks like bitcoin and Ethereum are referred to as “Layer 1” networks. They’re the base layers where transactions happen. As these L1 networks grow more popular, they can’t handle increasing demand as they can only process around 20 transactions per second (tps).

To solve this, developers build “Layer 2” solutions that can improve the performance of their underlying chains:

However, investing in L2s carries additional risk. You are betting on both the eventual L1 winner and the L2 winner. For this reason, the safer option is to simply invest in the L1.

Layer 2 protocols help Layer 1 blockchains move faster. They can handle more transactions per second and be adopted on wider scales.
You can think of it as modifying the tuning of a car. You add external elements to improve the car’s performance (i.e., speed, control, and power). Similarly, we can add secondary frameworks to existing blockchains to boost their performances and support their adoption on larger scales.

As with modified cars, while L2s improve the speed of the underlying L1s, they come with their own set of trade-offs: 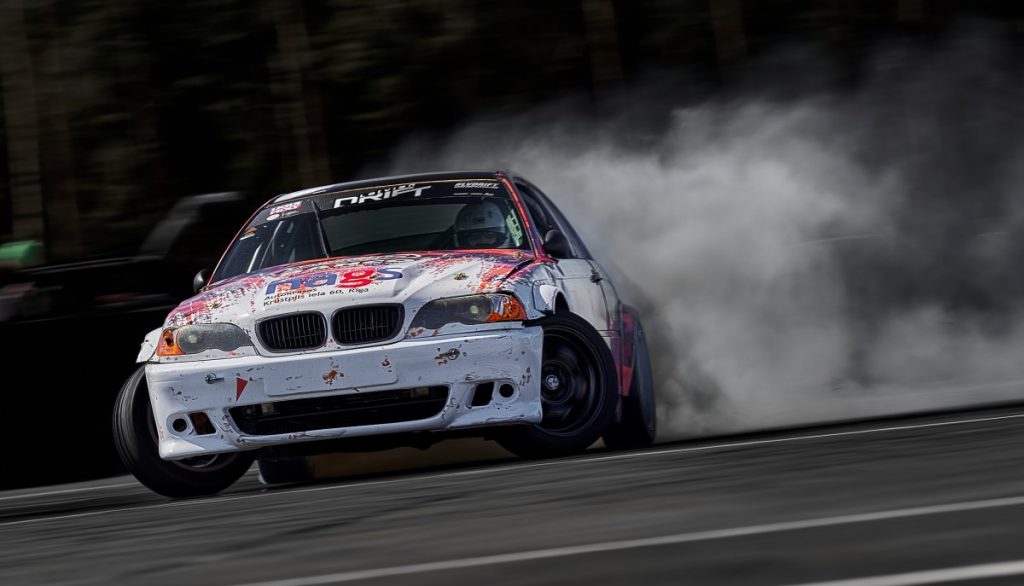 There are many Layer 2 protocols with differing designs and approaches. Today, we distinguish four main Layer 2 methodologies: ZK-Rollups, Sidechains, Channels, and Plasma.

Zero-Knowledge Rollups are batches of data structured as Merkle Trees and stored on a smart contract on the L1 chain. Rather than doing all the account reconciliation on-chain, the data is first moved off-chain for processing and computing, then recorded in one batch on the L1 chain.

By doing the “heavy work” off-chain, ZK-Rollups can generate a new block every minute, being capable of processing around 2,000 tps (“zero-knowledge” comes from zero-knowledge proofs, a method whereby you can prove data is true without having to actually reveal it).

Investor opportunities: Some of the most popular ZK-Rollup solutions are:

Unlike ZK-Rollups which depend directly on Layer 1 networks, sidechains are separate blockchains of a smaller size. They operate independently and employ their own consensus algorithms. Sidechains connect to Layer 1 networks like Ethereum through a two-way bridge.

As an example, think of a factory with a main conveyor belt carrying boxes. When there are too many boxes for the belt, workers can move the boxes to side rooms with secondary conveyor belts.

Unlike the other Layer 2 solutions discussed here, sidechains are responsible for their own security, which is ensured by their consensus algorithms.

Sidechains can boost scalability and increase throughput by handling transactions independently, processing them faster and at lower costs.

Investor opportunity: One of the most popular sidechains is Polygon, a Layer 2 solution built for Ethereum (Token: MATIC).

Channels enable the creation of peer-to-peer (P2P) channels between two parties. This allows them to exchange unlimited amounts of transactions off-chain while submitting only two transactions to the underlying Layer 1 network.

The popular analogy is a bar tab. You open the tab when you arrive, have a couple of drinks and a plate of nachos, then close out the tab when you leave, paying the total. Like a bar tab, channels keep an open connection between two parties and close it out when their business is finished.

Channels take most of the transactions away from the main network, processing them off-chain. This dramatically increases the speed of transactions, reducing fees and delays.

Plasma solutions share some similarities with rollups and sidechains. They are made up of Merkle trees that create additional chains to underlying blockchains. Let’s call these child chains.

This scaling solution can support faster transactions at lower costs as the blocks are settled on L2 child chains rather than on main L1 chains. The L1 chains and the child chains are connected through smart contracts that stipulate the rules guiding every child chain.

For this reason, Plasma solutions only work with smart contract blockchains like Ethereum. The contracts act as bridges that enable participants to move tokens between the L1 and child chains.

Plasma solutions are not suitable for more complex transactions, which is why they may not be ideal for certain decentralized finance (DeFi) activities.

One of the drawbacks of plasma solutions is the long waiting period for users who withdraw tokens from Layer 2 to Layer 1. Sometimes, they have to wait more than a week for transactions to be verified and approved.

Here are some examples of Layer 2 solutions developed to scale bitcoin and Ethereum:

The Lightning Network leverages blockchain smart contracts to let users create off-chain payment bridges between two parties. For instance, a local restaurant may create a payment channel to let users pay in BTC. Once the channel is live, users can make an unlimited number of bitcoin payments, with transactions being confirmed instantly off-chain. Once the restaurant closes the payment channel, all transactions are consolidated and transmitted to the main bitcoin blockchain.

Without the Lightning Network, bitcoin payments are slow and costly. This makes BTC impractical for most payments. 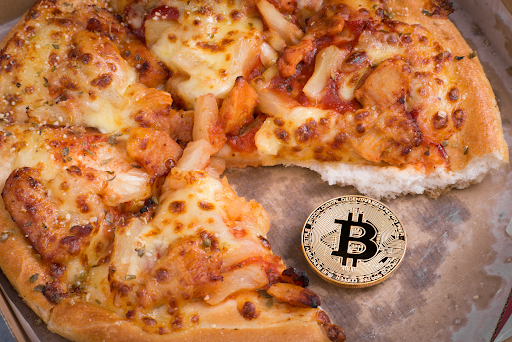 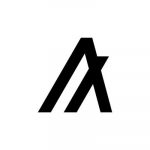 Polygon, formerly known as Matic, is a Layer 2 sidechain solution for Ethereum. It was developed in 2017 and has since entered the top 20 largest cryptocurrencies by market cap ($5 billion as of this writing).

Using our conveyor belt analogy above, think of Polygon as a large factory of conveyor belts, with the goal of scaling Ethereum using a sequence of sidechains. The platform consists of the main chain that uses the proof of stake (PoS) algorithm and the Polygon software development kit (SDK), which developers use to create Ethereum-compatible dapps.

The great thing about Polygon’s sidechains is they can support multiple L2 technologies including Plasma chains, ZK-Rollups, and Optimistic Rollups. 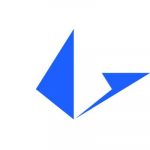 Loopring is an Ethereum-based protocol that enables developers to build efficient decentralized exchanges (DEXs). Founded by ex-Google software engineer Daniel Wang, the Loopring ecosystem includes the protocol itself, a DEX, and a token.

Loopring aims to support efficient DEXs on Ethereum by routing and processing trades off-chain through ZK-Rollups. If you’re just joining us, DEXs don’t use centralized exchanges like Binance or Coinbase, but instead match buyers and sellers in a decentralized manner. It’s all done through code. 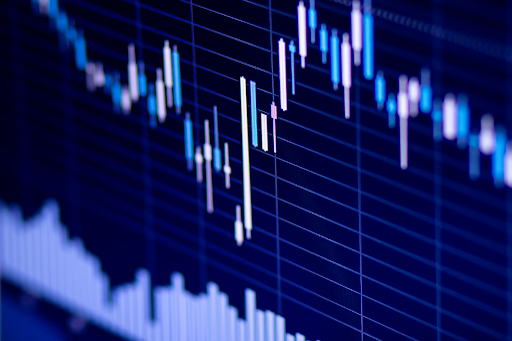 Arbitrum is a Layer 2 solution for Ethereum that uses so-called Optimistic Rollups. While Ethereum’s mainnet can handle about 15 tps, Arbitrum can boost this figure to about 40,000 tps. It’s also cheaper, as transactions on Arbitrum cost less than two cents. Compare that to several dollars on Ethereum.

As of this writing, there is no custom token for Arbitrum. Investors must invest in ETH, the underlying L1.

Investor Takeaway: Find the L2 Winners, Then Buy and Hold

Layer 2 solutions are essential for the adoption of blockchain across finance and other sectors. As the number of users grows, bitcoin, Ethereum, and other Layer 1 networks must deal with congestion, high transaction fees, hindering adoption, and upsetting users.

Layer 2 solutions are doing a great job scaling these L1 networks and helping them become faster and more flexible. In this way, they accelerate the adoption of blockchain.

The smart and patient investor can find the early winners and hold them for the long-term. It could be like investing in Microsoft in 1999.

Subscribe to our Bitcoin Market Journal newsletter to get notified about new L2 investment opportunities – find out before the market does!