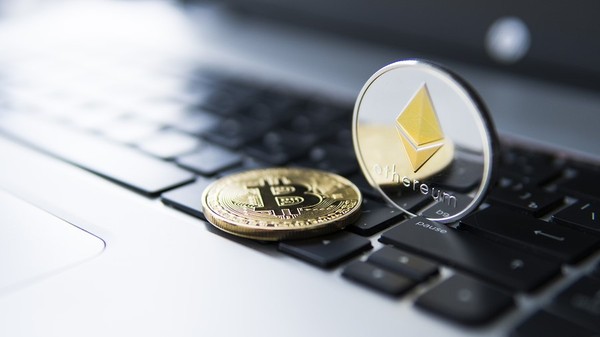 Bitcoin has become publicly synonymous with cryptocurrency, but many developers get far more utility out of Ethereum’s sophisticated self-executing contract model.

These two projects are arguably the heart of the cryptocurrency movement, but bitcoin has reliably outpriced its competitor since Vitalik Buterin launched his Ethereum project.

For all the excitement that Ethereum has generated among blockchain developers, bitcoin remains the more expensive product by orders of magnitude. At the time of writing, a single bitcoin sold for $3,781.20. By contrast, a single Ether token costs $107.10.

Few would argue that bitcoin is 35 times better than Ethereum, but that hasn’t stopped it from dominating the cryptocurrency marketplace. Why is that? Why, exactly, is Ether so much cheaper than bitcoin?

Three major forces drive the price of cryptocurrencies. From each force, we can create a theory as to what drives the price of bitcoin so far, and so steadily, above its chief rival.

Technology and Utility: What is the use case that this product represents?

Bitcoin’s price advantage may be explained by simple utility. A bitcoin is currently better at what it does than an Ether token is.

From a raw technology standpoint, Ethereum has the advantage over bitcoin. The Ethereum network can process transactions roughly eight times faster than bitcoin’s architecture (an approximate 25 transactions per second compared to bitcoin’s three).

Bitcoin’s blockchain does little more than securely record transactions. Ethereum has its own Turing-complete codebase that has almost single-handedly created the notion of the dApp. While a bitcoin can only move between parties, an Ether token can participate in a cascade of automated instructions that executes an entire transaction.

If technical sophistication dominated pricing, Ethereum would consistently outperform bitcoin. It’s not, because what drives pricing has as much or more to do with application than pure technological sophistication.

Bitcoin and Ethereum each has a different use case. Bitcoin is digital money. It replicates online gold. Ethereum is a smart contract. It gives parties a new way to establish and secure transactions. While Ethereum’s technology is ahead of bitcoin’s, consumers seem to find more use in the digital gold. Compared to bitcoin’s 1.6 million transfers per day, Ethereum creates about a half million smart contracts in a quarter.

Ethereum’s smart contracts are still in their infancy. Reportedly, the developers of Ethereum compare its network-wide processing power to roughly that of a late 90s era cell phone. This creates a tension between its technology and its use case. Ethereum is intended as a code-based solution to contract execution, but its processing speed and power limit the function.

The market appears to have responded to that limitation. While developers have widely embraced the ETH20 coding standard for blockchain development, Ether’s trading volume has exploded. At the time of writing, Ethereum has the third highest trading volume of any cryptocurrency, behind only Tether and Bitcoin itself, indicating that traders have increasingly come to see the Ether token as a commodity rather than a functional product.

On the other hand, bitcoin’s architecture still mostly works for its use case.

The architecture of bitcoin can store value. From a purely technological point of view, consumers don’t need this product to do anything more than record ownership and keep those records safe. From that perspective, bitcoin functions well, indeed, arguably better than Ethereum.

This function of utility could, however, come back to ultimately sink the bitcoin project in the end. Right now cryptocurrency users are chiefly investors. They buy assets to hold, not necessarily to spend. From this perspective, bitcoin’s ongoing hashrate problems are not critical. If consumers begin to expect spending utility, that could change. Value inflated by utility could collapse once consumers start having to wait 10 to 30 minutes at the cash register.

Investment Value: Which is the more valuable asset?

Bitcoin’s price advantage may be explained by a self-sustaining feedback loop of investors seeing it as the more profitable asset.

Like all currencies, cryptocurrency is prone to speculation. This is because currency has no inherent value, leading prices to move based on raw market principles of supply, demand, and perceived value.

Bitcoin is the established product. It came out before Ethereum and has at all points outperformed the competing cryptocurrency. Token for token, an investor who held one bitcoin would always hold more value than one holding an Ether token. An investor who held a bitcoin at its peak would hold more than $20,000. Ethereum barely broke $1,400.

In a way, this is redundant. It’s essentially saying that bitcoin is worth more than Ethereum just because it is, but this is the way of a speculative market. As a product becomes more valuable, investors jump in to capitalize on that value. This pushes the value of the product even higher, making the product look more valuable and stable in the long run.

Another way of phrasing this is as supply and demand. By trading volume, there’s roughly twice as much demand for bitcoin as Ethereum right now. At the time of writing, about 10 percent of bitcoin’s market cap had been traded in the previous 24 hours compared to only 4.6 percent for Ethereum. At the same time, as noted above, bitcoin only has one-sixth the number of tokens in circulation.

Twice the demand at a sixth of the supply will push value up, making it (again) a better investment vehicle.

The value of bitcoin generally precedes the value of Ethereum. When Ethereum goes up, it generally does so after an increase in bitcoin prices. When it declines, again, it tends to follow a trend set by bitcoin. Especially for investors looking for a short-term store of value, this generally makes bitcoin the better buy. For other assets, by the time movement sets in, the indicators are already known. If you want to stay ahead of the market, you buy bitcoin.

Buzz Value: What is the asset’s reputation?

Bitcoin’s price advantage may come from the fact that it simply has public awareness on its side. As money floods into the cryptocurrency marketplace, that public profile means most of that cash will go into BTC.

In December 2017, when the cryptocurrency crash made headlines around the world, laypeople and industry insiders alike flocked to their keyboards for news.

During that month Google registered more than 10 times the number of hits for “bitcoin” as it did for “ethereum.” In fact, consumers were more than six times as likely to search for “bitcoin” as “cryptocurrency” and almost no one looked for “blockchain.” This was not a fluke. Bitcoin remains the more popular search term by an order of magnitude to this day.

For the average consumer, including most investors not well versed in this technology, bitcoin is cryptocurrency. Yet theirs represents much, if not arguably most, of the new value flooding into bitcoin.

While it’s impossible to precisely measure the impact of popular consciousness on the prices of bitcoin, two things are true from the data. Around the beginning of 2017, the price of Bitcoin truly began to take off, and around that same time, the public began searching for the words “bitcoin” and “cryptocurrency” in increasing numbers.

Now, to be sure, by this point bitcoin had already peaked at above $1,000 per token. On the other hand, it’s a near certainty that the explosion in bitcoin’s public perception and ease-of-access exchanges allowed millions of dollars in new money to enter the cryptocurrency. Almost all, it would appear, into Bitcoin itself.

The simple reality may be that Bitcoin has so much more value than Ethereum because it’s well known. New investors into this marketplace will seek comfort in the appearance of stability generated by Bitcoin’s high profile and value. Old investors may see it as the reliable store of value compared to new ICO’s and lesser brands like Ethereum. In all cases, public perception often can drive investment to a great degree.

As it may well be doing here.

Investing in the cryptocurrency market takes skill, timing, and the right resources like a subscription to the Bitcoin Market Journal newsletter. Sign up today!