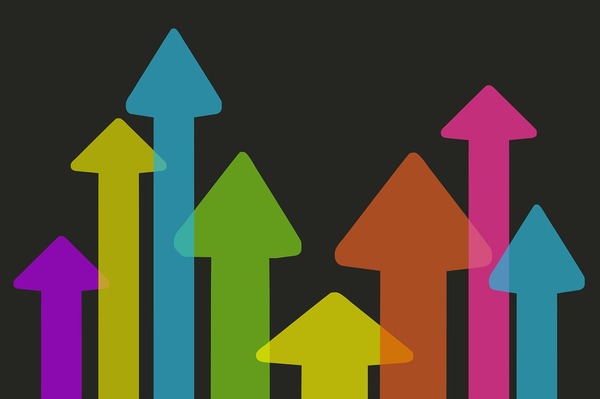 When Litecoin first launched in 2011, it was said that “if bitcoin is digital gold, then litecoin is digital silver”. For a long time, that was the case. Litecoin quickly emerged as the second largest digital currency after bitcoin, as measured by market capitalization. The altcoin even experienced a degree of merchant adoption in its early years.

Its popularity faded somewhat as the Ethereum project and its native digital currency, ether, became the second largest digital currency in 2016. However, when it was announced in early 2017 that litecoin would adopt the so-called “SegWit” upgrade for its blockchain, which addresses blockchain scaling issues, the price of litecoin shot up from its 2-year trading range of $3 to $5 to reach a new all-time high of over $366 on December 19, 2017.

If you believe that global adoption of litecoin (LTC) will surge since its transactions are faster and cheaper than bitcoin, then adding litecoin exposure to your portfolio could be the right move.

The Ethereum blockchain has gathered substantial interest from financial institutions and corporations that believe that the ability to securely store and transfer data using blockchain technology combined with self-executing smart contracts will reduce operational costs and streamline business processes in the future. For this reason, Ethereum has grown into the second largest blockchain and its currency ether has rallied to become the second most valuable digital currency in the market.

If you believe that smart contracts will play an integral role in business in the future, then adding Ethereum’s digital currency ether (ETH) to your portfolio could be the right play.

Ripple is currently the fourth largest digital currency with a market capitalization of $50 billion. It is the digital currency of the Ripple Interbank Payment Network, which aims to provide a high-speed, low-cost payment framework for financial institutions across the globe.

Currently, more than 50 banks in Europe, Asia, Australia, and the U.S. have implemented the Ripple payment system, while over 100 banks have engaged in a trial of Ripple’s payment network in attempts to implement this innovative new cost-reducing payment technology.

If you believe that the Ripple’s Global Payments Network will become the standard for interbank payments, then adding Ripple exposure to your digital currency holdings could be the right move.

DASH, which stands for digital cash, is currently the leading anonymity-centric digital currency. It has a market capitalization of $10 billion and is the eighth largest digital currency in the market.

For this reason, anonymous digital currencies, such as DASH, have gained popularity as digital currency users are increasingly valuing privacy when making financial transactions. DASH not only allows users to transact anonymously, it also allows users to make instant transactions with lower transaction fees than bitcoin. These three features combined have been the key drivers behind DASH’s increase in popularity and market value.

If you believe that individuals will increasingly move towards the use of anonymous digital currencies to make transactions, then buying DASH for your portfolio could make sense.

If you are happy with the high-risk/high-return profile of bitcoin, then diversifying your digital currency portfolio by buying one or several of the above-mentioned digital currencies could make sense. Not only could you benefit from a reduction of risk through diversification, but you could also potentially increase your overall returns should any of your altcoin investments outperform their peers.