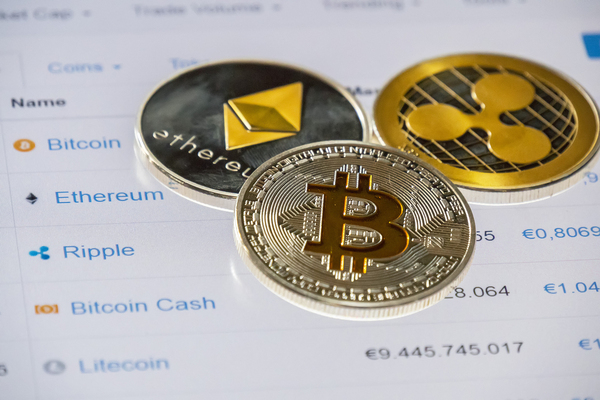 Anyone who has tried to compare and contrast different crypto assets has likely taken a look at the market cap metric, which was originally made popular by websites like CoinMarketCap.com. While this is often viewed as the key data point to consider when ranking the top crypto assets on the market, the reality is that coin market caps are not always what they seem.

In fact, market caps are sometimes used by altcoin promoters as nothing more than marketing gimmicks.

Let’s take a look at what investors need to know about coin market caps before getting involved with this market.

The best way to understand the problem with the coin market cap metric is through an example with a crypto token that does not actually exist.

Let’s say I wanted to create KyleCoin. I could create 1 billion KyleCoins on top of Ethereum using the ERC-20 token standard. For now, I’ll hold all of the tokens myself.

If I take one of the billion KyleCoins I hold and sell it to John for one dollar, the argument could be made that the KyleCoin “market cap” is a billion dollars (a one dollar price multiplied by the one billion KyleCoin supply). Obviously, that valuation is meaningless because the price and market cap would collapse as soon as I started putting more coins out onto the market.

KyleCoins are an extreme example, but schemes similar to this model have been used in the past. Additionally, more subtle forms of this tactic have been used to drive up the market caps of various crypto assets in a less noticeable manner over the years.

When it comes to the issues with coin market caps, Auroracoin and Steem are two of the best case studies available.

Auroracoin grabbed headlines in early 2014 when it supposedly reached a market cap of $1 billion. The idea was the coin would be airdropped on the citizens of Iceland in a provably fair manner, with each member of the population receiving an equal number of coins.

The problem with the Auroracoin valuation was that the coins that were still locked up and not yet released to the public were counted in the supply. It did not take a genius to figure out what would happen to the market cap once the airdrop took place.

Here’s me saying Auroracoin airdrop won’t work on @KeiserReport a few months ago. 99.8% price drop since then. http://t.co/y00hs5upxj

The issues with Steem’s market cap are a bit more complex. The Steem market cap grew to over $400 million in the summer of 2016, but this was another situation where the supply numbers were inflated. At the time, half of the newly-issued Steem were being locked up as Steem Power and not immediately made available to those who were assigned the new tokens.

If a portion of a coin’s supply is unable to be sold on the open market, then it does not make any sense to count it toward that coin’s market cap.

Even with bitcoin, the world’s longest-running and most-popular cryptocurrency, the data can be a bit misleading. After all, millions of bitcoin have been irreparably lost over the years, but those coins are still counted toward the coin’s market cap.

What Investors Can Do Going Forward

Going forward, investors need to consider metrics other than market cap. Much of the data available for different coins does not give you the whole picture, so it is important to use a combination of different data points when comparing different crypto assets.

When looking at market caps specifically, it also makes sense to check the trading volumes as well. A coin with more liquidity should generally have a more legitimate market cap. The issuance rate and distribution of supply should also be investigated.

Of course, nothing beats looking at the actual utility provided by a particular coin and estimating the room for growth that is available in that particular niche. The market data can look wonderful over the short term, but it could be gone tomorrow if there’s nothing of real value there.