As Robert Mueller’s investigation rapidly moves closer to the heart of the White House, the price of bitcoin is rapidly moving upward. Is there a correlation?

Constitutional crises are never good for the stock market. During the Watergate scandal, when Cox was fired and then-Attorney General Elliot Richardson resigned in protest — the S&P 500 fell 14% from October 1st through November.

From January 1973 through August 1974 — a period that includes the conviction of the Watergate burglars, Nixon’s resignation, global oil shock, Middle East turmoil, and a dramatic spike in inflation — stocks lost 42% of their value.

Here’s a chart showing that stocks cratered once Nixon himself was directly implicated: 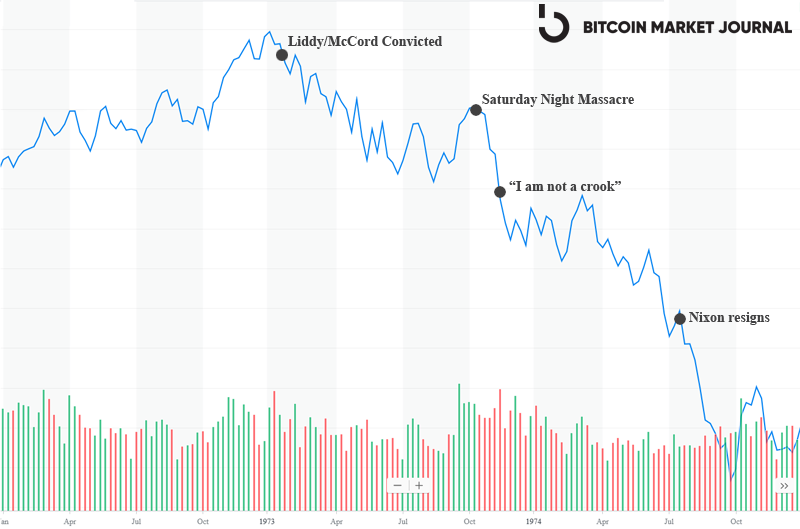 Compare this to the rapid rise in the price of gold, the classic safe haven asset, during that same timeframe: 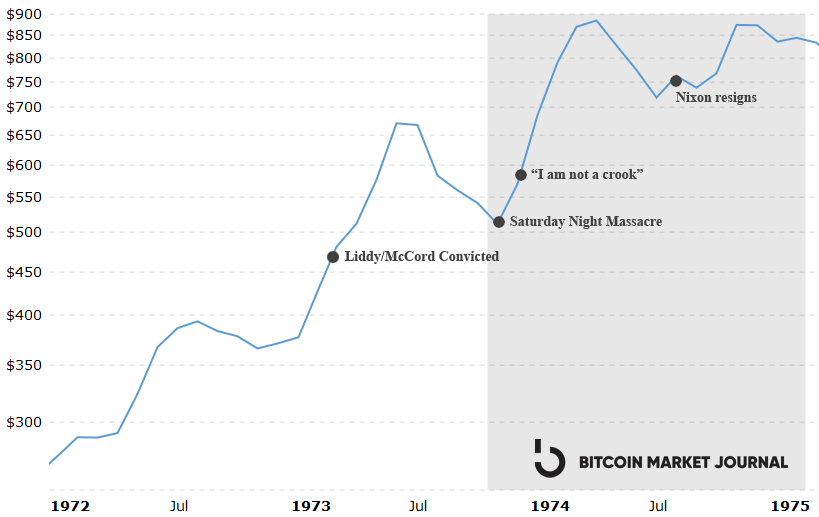 Consider that Trump’s former campaign chairman Paul Manafort, his campaign aides Rick Gates and George Papadopoulos, and his former national security adviser Michael Flynn have all been charged with felonies, and his son-in-law Jared Kushner is being questioned by Mueller’s team.

If Trump is indicted and/or impeached, here’s what it might mean for the markets in general, and bitcoin specifically.

As we’ve covered on Bitcoin Market Journal, the data shows that bitcoin has low correlation with other asset classes. This means that as the price of stocks, bonds, and other assets swings wildly, bitcoin does not follow: its price is independent. (Table courtesy ARK Invest)

Imagine that the U.S. economy is in freefall, and investors are looking for a way to protect their worth. Many will flock to gold (indeed, this is already happening), and many will explore alternative assets, especially ones that are wildly appreciating (bitcoin has increased 10x in 2017).

Bitcoin’s dizzying climb means that most investors are treating it as an asset, not as a digital currency (i.e., to pay for things). Why would you spend $5.00 of bitcoin on a cup of coffee, when that same amount might buy a new car in another six months?

When an asset is rapidly appreciating, investors tend to buy and hold – especially when the alternatives are depreciating. This is common sense: when your stock portfolio is deflating by the day, why would you not rescue some of it and put it into bitcoin?

Citizen of the World

Another reason bitcoin is likely to become a safe haven is that it is not controlled by any central government. It is now widely accepted that Russia bought the 2016 U.S. election, through a combination of email hacking, social engineering, and collusion.

This is a difficult and painful reality for Americans to accept. To admit that our election was not our own is to admit that we are easily misled, and that our democracy itself has been hacked. Propaganda is something that happens in other countries, not our own.

One of bitcoin’s primary selling points is its decentralized nature. Like the internet, no one owns it. This means it is outside the reach of central banks, politicians, and governments. This is likely to be a further selling point for investors losing faith in the political system.

As more citizens feel that the country is not really their own, they may begin to identify less as an “American” and more as a “citizen of the world.” Bitcoin is money for citizens of the world.

One final reason people are likely to move into bitcoin during political instability: it’s geeky. Gold is boring; bitcoin is sexy. 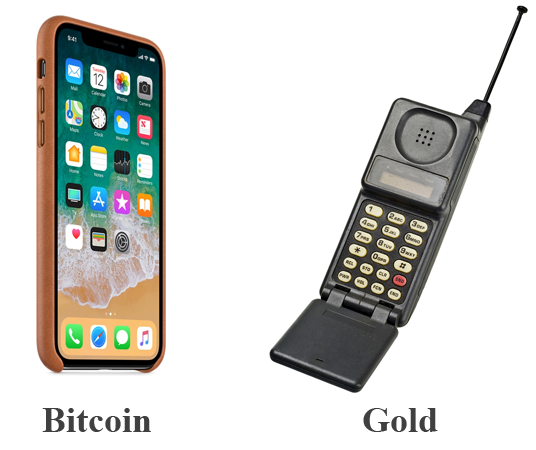 The great American economist Paul Samuelson said that the future casts its shadow backwards, into the present:

However you choose to look at it, things don’t bode well for the Trump administration – and political uncertainty drives market volatility. That is likely to be good news for those who own bitcoin.

To stay on top of the latest bitcoin news, subscribe to our free weekly newsletter here.