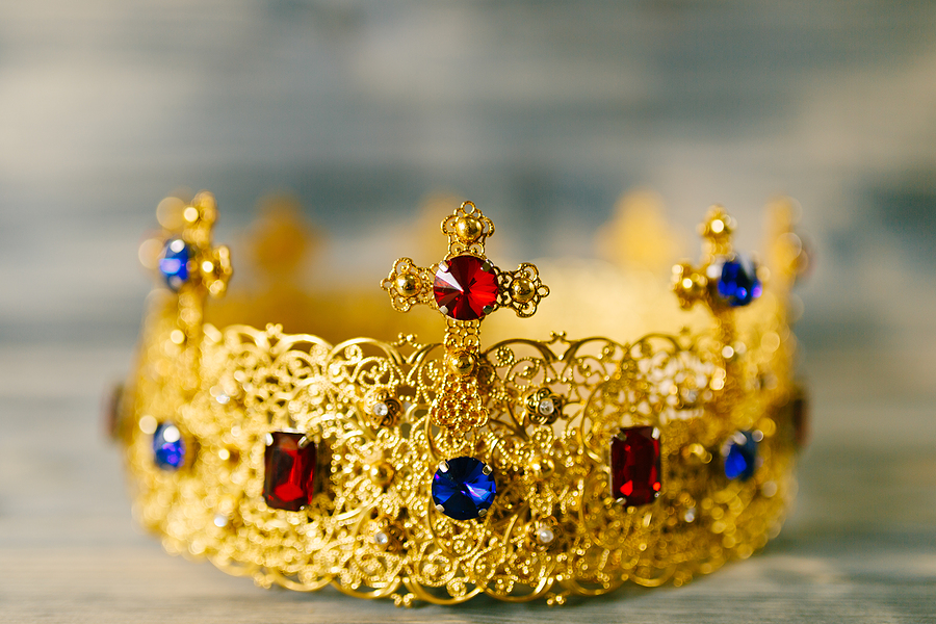 Mati Greenspan and I were talking recently about basic investing principles. He was marveling that people are still buying Tesla stock at $2,000 a share. “People don’t understand valuation,” he said.

“They don’t understand the value of what they’re buying,” I agreed.

“They think Tesla is the same thing as SpaceX,” he continued. “They don’t understand that Elon Musk is going to blast off to Mars, and he’s not going to bring Tesla with him.”

I thought this was a funny way of explaining valuation. Our conversation got me thinking about a larger principle that I’ll call the Golden Rule of Investing: invest in companies and blockchains that add real value to the world.

That rule of thumb is to ask, “Is this company or blockchain adding real value to the world?”

Some examples will help.

The Health and Wealth Portfolio

Back at the beginning of the pandemic, we put together the Health and Wealth Portfolio, a collection of four public stocks that we predicted would add real value during the CoronaCrisis: Amazon (AMZN), Clorox (CLX), Netflix (NFLX), and Zoom (ZM).

In five months, those stocks are up a whopping 94% — your money has just about doubled. 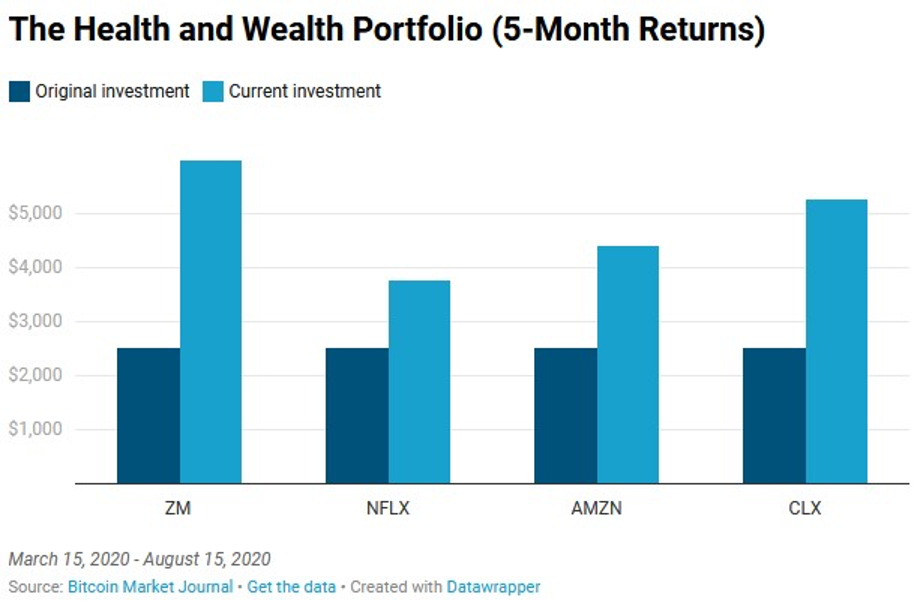 The premise was simple: during a pandemic, which companies make stuff that people need? Which companies, in other words, add value?

Of course these companies add value, you might say. Congratulations on your doctorate in Obviousness. To which I will ask: did you invest in them back in March? (Full disclosure: I did.)

Maybe you saw that videoconferencing would be a thing, but you didn’t know which videoconferencing solution would win out. A good indicator of value is when you have personally received value from the product.

I had personal experience with all four companies. I knew Zoom was the best videoconferencing platform because I had tried them all. I knew Netflix was a great streaming service, with a river of new content and a slick user interface. I knew Clorox had that distinctive smell that tells you the place is clean. And I knew Amazon delivered the goods (literally).

When you try a product yourself that is genuinely useful or worthwhile, that’s a great place to begin investigating an investment. Note I said “begin investigating.” Here is where we do our traditional value investing analysis, which is basically asking, Is this company likely to be worth more in the future than it’s worth today?

In other words, is the stock on sale?

Blockchains are different — they’re not publicly traded companies – but the principle is the same. Is this digital asset or cryptocurrency on sale? Will this blockchain project be worth more in the future than it is today?

When we apply this question to bitcoin, I’m really not sure it makes the grade. When it began, the cryptocurrency certainly had something of value to offer the world: a decentralized digital currency, but also a model for a new form of exchanging value. That has incredible, world-changing value.

But now we get the point. Blockchain projects and digital currencies are abundant. What else is bitcoin good for today? What value, in its current state, is it adding to the world? You can’t really spend it. It’s too volatile to use as a store of value. The answer, to me, is not obvious. Today, I would probably pass on bitcoin as an investment. 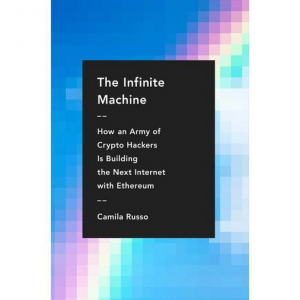 We recently ran a virtual Meetup where I interviewed Camila Russo, author of the new book The Infinite Machine, which is a fast-paced page-turner about the history of Ethereum. Many of our attendees wanted to know what she thought about “Ethereum killers,” or competing blockchain platforms that might displace Ethereum.

Camila pointed out that while competing technologies might be better, Ethereum has a tremendous head start in terms of users and developers, which builds the “network effects” which make Ethereum so hard to beat. She pointed out that technologies that overcome Ethereum’s limitations – that make it easier to use – are probably better bets.

Ethereum, in other words, is adding real value to the world. Witness the explosive growth of DeFi, or decentralized finance, new applications that are largely being built on Ethereum. Or remember the ICO boom of 2017, where most of those projects were built on Ethereum.

When you buy ETH, you are – in a sense – investing in the value of Ethereum. It’s not a publicly-traded company, but the principle is the same. You are confidently proclaiming that in the future, Ethereum will be worth more than it is today. It adds value.

Does Ethereum add value? At this point, my answer would be a resounding “Yes.”

The hottest thing in blockchain right now is DeFi. As we’ve covered in previous weeks, this renewed interest in crypto is one of the main things driving up the price of bitcoin. Here’s a chart showing how much value is “locked,” or borrowed against, inside these smart contracts:

The companies and projects that make up this DeFi ecosystem are like jargon salads. There’s Compound, an “algorithmic, autonomous interest rate protocol built for developers, to unlock a universe of open financial applications.”

There’s Uniswap, a “fully decentralized protocol for automated liquidity provision on Ethereum.” Then there’s Yearn, a “profit switching lender to optimize lending yields,” whose YFI token just exceeded the price of bitcoin (over $15,000 per YFI).

It’s as if we went down the bitcoin rabbit hole, only to find that within that rabbit hole was another rabbit hole, even bigger and weirder than the first. We went into the Matrix, only to discover a second Matrix.

When we see the crazy amount of money and activity flying around on these new DeFi applications, it can be tempting to fall into the FOMO, or be frozen by the FUD.

To become wise investors, our twin enemies – the Fear of Missing Out, and the Fear Uncertainty and Doubt – must be conquered.

This simple question – are these projects adding value? – can be a great way of cutting through FOMO and FUD.

In other words, don’t try to make money by “locking up” (or borrowing against) your crypto to buy more crypto. That’s a house of cards, a castle in the air, a teetering Jenga tower. Eventually it comes crashing down.

Instead, try asking yourself: what value are these projects bringing to the world? In other words, even if they’re not companies, think of them like companies.

What is the product or service that Yearn is delivering, and will it be the long-term leader in this space? Do you really think that Yearn is worth $15,000 per token – when even the wildly hyped Tesla stock is only trading at $2,000 per share?

No doubt it’s difficult to compare the value of a “decentralized lending application” to something like, say, Clorox bleach. It may not be easy to arrive at a fair price for something that’s fast-moving and cutting-edge.

But we can at least ask that initial question: is there really something of value here? And does it seem like we’re at least in the right universe of price?

Which brings us back to our original point: is Tesla overvalued?

Certainly it provides a valuable product: Tesla cars are sexy, customers love them, and they get high consumer rankings. Moreover, they are leading the future of transportation, making EVs not only practical but cool. That adds tremendous value to the auto industry, and to the planet.

A company or a blockchain is so much more than a single charismatic founder. It is a system for producing value. In the case of Tesla, it’s not just the cars, it’s the networks: all the dealers, suppliers, and charging stations. It’s also the data: all those cars automatically wirelessly sending and receiving updates, like an enormous mobile network of “laptops on wheels.” (Thank you Chris Hardwick.)

Here is the market capitalization (or total value) of some of the top motor companies, compared with Tesla: 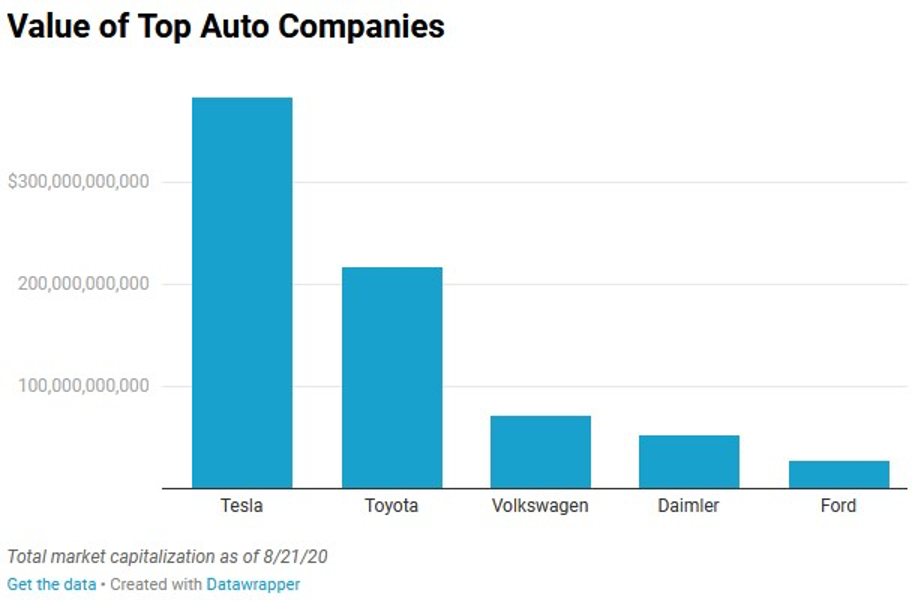 Even the venerable Ford has a market cap of just $26 billion. Investors are so excited about Tesla, they are pricing it at 15 times more than Ford. Meanwhile, if someone offered me a Ford car for $30,000 or a Tesla car for $450,000 (15 times the price), I’d probably say that “They’re both still cars.”

In other words, Tesla is creating tremendous value. But does it add that much value? Tesla is probably not a stock on sale.

To sum up, here’s how I’d look at a few sample investments today using the Golden Rule of Investing:

Investing in companies and blockchains that add real value to the world is the Golden Rule of Investing.

It’s not just a feel-good saying. It’s a mighty metal detector for digging up buried treasure.

It’s a razor-sharp machete for slashing through trash. It’s a formidable weapon against FUD and FOMO.

The Golden Rule can be a powerful principle for finding gold. Use it well.

P.S. To get even more value, sign up for our free weekly blockchain newsletter.