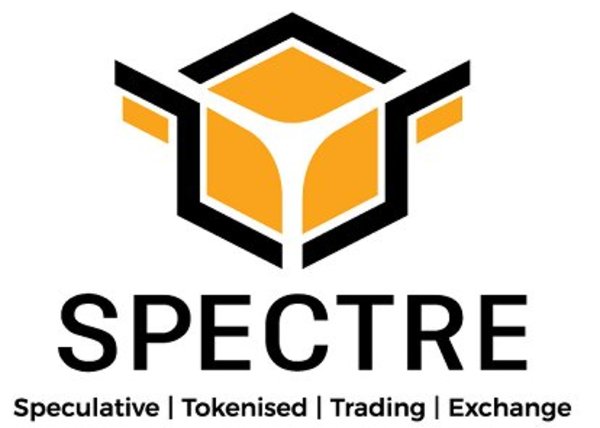 SPECTRE, which stands for speculative tokenized trading exchange, is an innovative prediction market platform designed to solve many of the problems that investors may encounter when leveraging more traditional brokers and existing prediction markets.

By setting up a decentralized, autonomous prediction market, SPECTRE seeks to eliminate the conflicts of interest that sometimes arise when making transactions through contemporary financial institutions.

The SPECTRE ICO begins on November 24th, and it will last until 24 days pass or the max cap of 240 million SPECTRE tokens is reached.

The SPECTRE team emphasizes that some traditional brokers engage in various inappropriate activities, delaying withdrawals, manipulating entries and trading on the behalf of their investors. Sometimes, these financial institutions may seek to profit at the expense of their own customers.

Investors can also leverage prediction markets, which allow them to bet on what will happen in the future. The basic idea behind these markets is that they simply take the wagers of traders and pair them up. Unfortunately, this peer-to-peer betting can take days, weeks, or even months to settle.

Finally, investors can trade digital currencies through exchanges, but the usefulness of this approach hinges on how many users are involved. If nobody uses an exchange, it will not have much liquidity.

SPECTRE is designed to eliminate brokers completely and allow traders to leverage a decentralized, autonomous trading pool that will be funded by the SPECTRE initial coin offering (ICO).

When using this platform, individual traders make long or short wagers on specific assets. If the investor’s bet is accurate, smart contracts ensure that he or she receives a return on investment of at least 75 percent, and the SPECTRE liquidity pool provides these funds.

Should the trader wager incorrectly, the corresponding funds will be taken from his or her wallet, and these financial resources will be contributed to the liquidity pool.

Whether investors win or lose, they pay both a two percent operational fee and a two percent dividend to the owners of SPECTRE tokens.

The SPECTRE team has several individuals with significant industry experience. Khemani and Zisis Skouloudis, the two co-founders, both received Master’s degrees from the London School of Economics.

After graduating from college, Khemani worked at J.P. Morgan Cazenove and Goldman Sachs Group Inc. before co-founding Neuchâtel Ltd., the company behind SPECTRE.

Skouloudis, COO of SPECTRE, has a technical background, having received a diploma in Electrical Engineering from the National Technical University of Athens before attending London School of Economics. He also designed business applications for multiple companies.

Elena Drakos, CFO, has been a member of SPECTRE’s board since 2016. An associate chartered accountant, her company, Fiducicorp, is responsible for Neuchatel’s year-end.

The SPECTRE platform actually has two tokens, a dividend token and a utility token. Utility tokens come with a range of benefits, allowing owners to trade varying assets and granting them access to Spectre Financial Education Academy (SpecED).

Utility tokens also provide higher payouts and greater liquidity than dividend tokens. In addition, these tokens do not qualify as securities, so SPECTRE plans to list them on exchanges.

While dividend tokens have their drawbacks, their owners receive payments every month and year. Every time users leverage the platform to make a transaction, they pay fees that will go toward providing income to the dividend token holders.

As a result, you could potentially profit from purchasing either utility or dividend tokens. Utility tokens could experience significant upside once they list on exchanges, and dividend tokens may provide regular income.

SPECTRE has been very responsive, providing prompt replies to inquiries made through email, Facebook, and Telegram. The company also had some informative posts on Medium.

In addition, the SPECTRE Reddit is quite active, as users have been posting about the ICO as well as its underlying technology for roughly the last month.

SPECTRE looks like a platform with a compelling solution. However, some analysts threw cold water on the company’s approach. SPECTRE stated in more than one document that “Brokers have been long known to manipulate prices and even refuse withdrawals, thereby destroying retail trader balances and finances.”

However, Tim Enneking, managing director of Crypto Asset Management, stated that this statement was “so far over the top, they’ve redefined the ceiling.”

Yazan Barghuthi, project lead at Jibrel Network, took a different slant, questioning the demand for the platform that SPECTRE has envisioned.

Traders want to execute and cancel trades in a quick, affordable manner, he emphasized. Unfortunately, it is unlikely that blockchain technology will be able to execute transactions as quickly as high-frequency trading, stressed Barghuthi.

He also noted that the transparent nature of blockchains could create problems for those looking to trade assets, as placing trades in this matter could potentially enable front running.

Basically, if you buy 100 shares of stock through the blockchain, someone else could see this trade take place, capitalizing on it by purchasing the same shares before you do. They could then sell the shares, generating a quick profit.

Because of all this, investors should be sure to conduct thorough due diligence and consider the costs and benefits of buying the tokens or using the platform before taking part in the sale.