Do not miss this opportunity! Act now, before it’s too late!! This is the ICO of a lifetime!!!

Every exclamation point only makes this a better investment!!!!

Welcome to the world of HoweyCoin,  the internet’s most exclusive travel token. It’s also a self-admitted con job.

In mid-May, the SEC set up HoweyCoin.com, a website to help educate investors about the dangers of fraud when it comes to initial coin offerings. With ICOs having raised $5.6 billion in 2017 alone and warnings about fraud coming from even blockchain entrepreneurs as high profile as Ethereum’s Joseph Lubin and Ripple’s Brad, Garlinghouse, it’s not too soon for the government to start raising this concern. HoweyCoin is a very clever way to do it.

The website mimics many of the red flags common to fraudulent offerings in this space. It is methodical, thorough even, and someone gave an impressive amount of attention to detail on this project, down to the point of writing an eight-page white paper.

Intentionally, the red flags quickly start to show through. As the SEC explains in its announcement of the HoweyCoin website:

The website features several of the enticements that are common to fraudulent offerings, including a white paper with a complex yet vague explanation of the investment opportunity, promises of guaranteed returns, and a countdown clock that shows time is quickly running out on the deal of a lifetime….

The SEC was able to build the HoweyCoins website in-house in very little time, which demonstrates just how easy it is for someone to create a scam opportunity.

The fake token’s name comes from the “Howey Test,” one of the SEC’s tests for whether a transaction amounts to an investment.  It test emerged from a landmark Supreme Court case, and it so fundamental to where regs could be heading it behooves every investor to learn a little bit of background about the ruling. [ See: To Understand What Will Flavor Forthcoming ICO Regs, Grab an Orange. Here’s Why.]

What are some of these red flags?

Now, countdowns are a common feature of many legitimate ICOs, as they allow the firm to plan for future financial benchmarks. They’re also a common tactic used by con artists from all walks of life. They want you, the buyer, to believe you’re about to miss out on the deal of a lifetime. They put a clock on the transaction so that you’ll feel too pressured to slow down and think it through.

Rule of thumb? Whether buying a pair of flip-flops or an investment property, good deals don’t go bad.

Words like “magic” and “guaranteed” pepper the site, along with all sorts of promises about future growth rates. As the SEC explains in its site on HoweyCoins,  this is a good way to spot a bad investment.

“Every investment carries some degree of risk, which is reflected in the rate of return you can expect to receive. High returns entail high risks, possibly including a total loss on the investments. Most fraudsters spend a lot of time trying to convince investors that extremely high returns are ‘guaranteed’ or ‘can’t miss.’”

Never make an investment with a credit card. Firms that invite you to do so are often just trying to see how much they can wring from your pockets.

Fourth, the pump and dump.

A pump and dump scheme works like this. The con artist will create some sort of investment stock or property, in this case, the HoweyCoin ICO. They will then create a “pump,” some way of driving up the investment’s price through fraudulent means. For an ICO, that’s typically promises of major expansion opportunities as long as you buy in immediately. Then, once the price of the asset has been artificially inflated, the scammers sell (“dumps”) all of their holdings and leave the investors holding the bag. 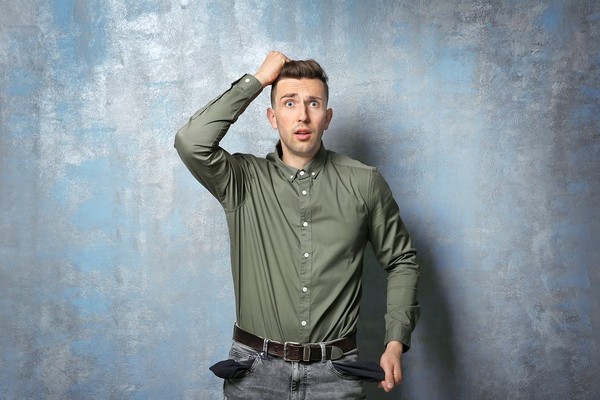 Read through the HoweyCoin whitepaper and you’ll quickly get a sense of… very little. The paper throws out a lot of statistics but doesn’t do much to describe the actual business model or partnerships of this venture. Certainly, there’s no information in there an investor could use to independently check on the wisdom of buying a HoweyCoin.

The goal of a good con is to make it look like the con artists know exactly what they’re doing, without ever actually making a falsifiable statement. After all, no one wants the mark to be able to spot the scam with a simple Google search.

That is the entire point of HoweyCoin.com. It is a clever, way of demonstrating exactly how an ICO scam might work in practice. Maybe this little set-up won’t arm investors with everything they need to know to make smarter choices with their money, but it will certainly help.

Want to learn more about how to make wise investment decisions in the ICO space? Subscribe to the Bitcoin Market Journal newsletter today!