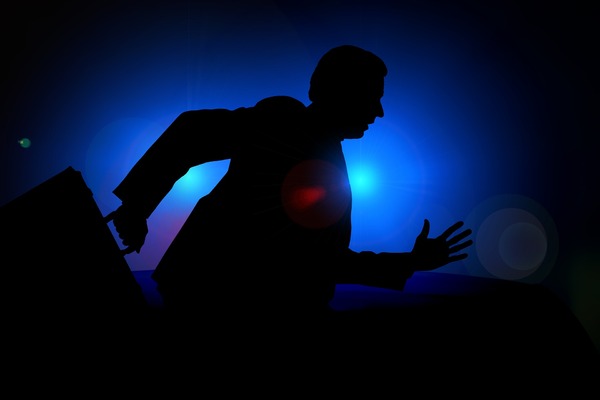 “Those who engage in semantic gymnastics or elaborate structuring exercises in an effort to avoid having a ‘coin’ be a ‘security’ are squarely in the crosshairs of our enforcement division.”

Jay Clayton, Chairman of the Securities and Exchange Commission, testifying on February 6 before Congress.

In a public statement put forth this past March, the Securities and Exchange Commission had this to say on the subject of Initial Coin Offerings:

In a nutshell, this is a warning by the SEC that it is preparing to treat coin offerings as securities for the purposes of federal regulation, and that it will treat the marketplace for these commodities as an exchange. Blockchain entrepreneurs need to pay attention to this warning because the SEC is not an agency to take lightly.

Although we have written more extensively on the definition of a security before, the reality is that the tokens offered during an ICO almost certainly qualify. Many companies attempt to insulate themselves from this charge by arguing that, unlike a stock, their tokens do not actually offer ownership shares or equity. However, the problem with this approach is that it thinks of “securities” too narrowly.

Yes, stocks are the traditional example of a security, but the definition is far more flexible than that. In fact, the SEC generally treats any financial product created for the purpose of investment as subject to regulation.

That brings us squarely to ICOs.

A token sold during an ICO is a product created for the purpose of investment. The company involved uses this product to raise capital and, even though an ICO token does not come with associated equity, it still fluctuates in value with the success of the company. It is this last point that Clayton testified is particularly dispositive. Per his February 6 testimony:

From what I’ve seen, initial coin offerings are securities offerings. They are interests in companies, much like stocks and bonds under a new label. Promoters use the term coin based on the fact that the security being offered is represented by a digital entry or coin on an electronic ledger as compared with a stock certificate and a related entry in a company’s records. You can call it a coin but if it functions as a security, it is a security.

Clayton went on to say that his division believes that there are “many problems” with the way that ICO marketplaces have been doing business. Many are being conducted illegally and, critically, his division “[does] not buy for a second” that this is because blockchain entrepreneurs do not understand the law.

The SEC moves slowly, but as an institution made up of lawyers and bankers, it also chooses its words with extreme care. When its agents, no less its Chairman, make an unequivocal declaration, it is because the agency has entirely made up its mind.

What It All Means for ICOs

Here, that means that coin offerings are about to receive very serious scrutiny from SEC agents who are not interested in any argument that a token’s digital nature exempts it from regulation. Just as important is Clayton’s second statement. Pleading ignorance will not work with the agency, which believes that initial coin offerings are a clear example of investment properties sold to the public.

What’s more, ICOs can expect enforcement actions to begin sooner rather than later.

What does this mean for blockchain companies? The answer is straightforward, but also potentially expensive. It’s time to get right with the law.

In all likelihood, the era of explosive ICO expansion will have to come to an end. Although currently, any company with an idea and a token can launch its own digital fundraiser, very soon those companies will need to file their public offerings with the SEC and take any necessary actions to comply with federal guidelines. That will mean attorney’s fees at the very least, as well as potentially lengthy review and revision processes.

Make no mistake, in the long run, that will be a good thing for ICOs as financial and technological vehicles. Although complying with SEC regulations will be expensive for the companies involved, those laws also exist to prevent exactly the kind of schemes that have begun to proliferate among cryptocurrency marketplaces.

By cleaning up token markets, the SEC can help ICOs preserve their reputation as a legitimate vehicle for entrepreneurship and investment. That’s going to be good for everyone.

To learn more about this and other blockchain issues, subscribe to Bitcoin Market Journal!

This article is intended for educational purposes only and is not intended as legal advice. Readers seeking legal advice or case-specific issues should seek the opinion of an attorney.