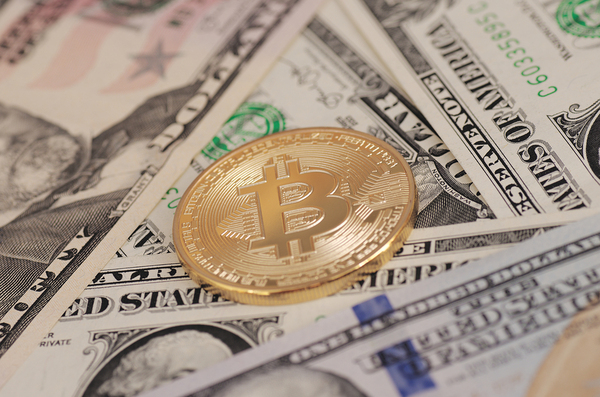 Where does bitcoin fall in the spectrum of assets?

The subject has been a topic of hot debate; thus far, government agencies have provided little clarity on the matter. The U.S. Commodity Futures Trading Commission has classified the digital currency as a commodity, while the German Finance Ministry has ruled that bitcoin is a “unit of account.”

A Class of its Own

While market observers have gone back and forth as to whether bitcoin is a currency or a commodity, a whitepaper created by investment manager ARK Invest and digital currency exchange Coinbase concludes that bitcoin is in an asset class of its own.

1) The first characteristic is investibility, which involves liquidity and the ease with which investors can buy and sell the asset in question. As noted by the report, bitcoin transaction volume has risen consistently, with average daily trading volume surpassing $1.5 billion in 2016.

Here is a chart from the whitepaper depicting this trading volume:

2) The second characteristic described by the authors, politico-economic features, is a bit more complex, involving an asset’s use case, the basis for its value, and its governance. Bitcoin has the same use case as fiat currencies (i.e., cash): if you have this digital currency, you can exchange it for goods and services.

According to the whitepaper, bitcoin’s value is derived from its significant potential. Many market observers assert that digital currency is the way of the future, and bitcoin was the first digital currency to scale. As for governance, bitcoin exists because a network of miners create coins by verifying transactions.

3) The third characteristic, correlation of returns, may be the most telling. This characteristic simply looks at the price movements of different assets to see whether they move together or not.

The analysis conducted for the whitepaper — which looked at stocks, bonds, real estate, emerging market currencies, oil, and gold — revealed that bitcoin’s price movements were distinct from those of other asset classes.  Bitcoin was the only asset that managed to consistently display a low correlation to the other assets examined.

Here is a chart detailing the correlations that varying assets displayed since 2011:

4) The fourth characteristic, risk-reward profile, simply evaluates assets based on their price volatility and expected return. Of all asset classes evaluated, bitcoin has both the highest volatility and the strongest returns.

During the four, five, and six-year periods through January 1, 2017, bitcoin generated compound annual returns of 194 percent, 185 percent and 286 percent. This graphic depicts these returns:

After evaluating bitcoin using the aforementioned characteristics, the authors of the whitepaper concluded that the digital currency is a unique asset. However, the whitepaper relied on data between 2011 and 2017. As a result, the authors emphasized that it will be important for the bitcoin community to keep an eye on the digital currency relative to other asset classes.

Burniske commented on bitcoin’s unique nature when speaking with CNBC.

“Bitcoin is more than a currency—it is a technology that can do far more than fiat currency. Bitcoin is more than money as we currently know it, and therefore should be given the space it needs to innovate and grow into its rightful place as a new kind of asset class.”

One major benefit of bitcoin is its ability to help diversify your portfolio. Due to its unique nature, the digital currency can help reduce portfolio volatility, providing more stable returns. Having more consistent returns is a blessing in and of itself. However, they have the added benefit of making long-term financial planning far easier.

While bitcoin may be in a class all its own, the Internal Revenue Service (IRS) treats the digital currency as property for federal tax purposes, so you must report any gains or losses you incurred through investing on your taxes. The rules surrounding taxes can be complex, so be sure to speak with an accountant or qualified tax advisor.

If you decide to purchase bitcoin, keep in mind that insurance providers do not cover the digital currency of individual investors. They do, however, offer offer coverage for businesses involved with bitcoin.

Because of this, certain exchanges have obtained some insurance coverage for the coins of their customers. Coinbase, for example, fully insures all the coins it holds in online wallets. Gemini, another exchange, holds insurance in the form of a fidelity bond, which provides coverage against potential risks like computer fraud, employee theft and funds transfer fraud.

As you can see, bitcoin is a complex investment. For more information on this subject, subscribe to Bitcoin Market Journal today.