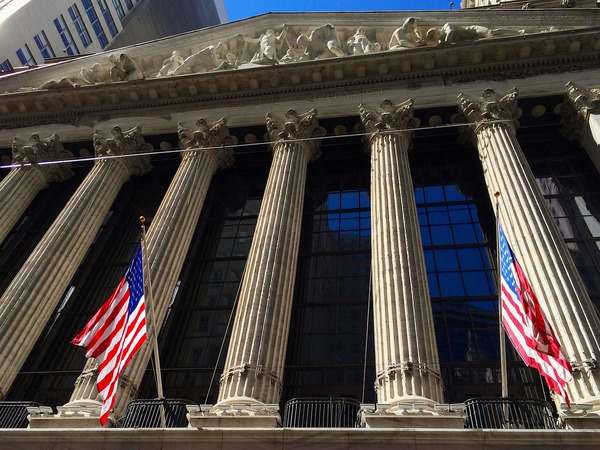 As Bob Fosse wrote in All That Jazz, everything old is new again. It’s a lesson blockchain firms will soon need to take to heart.

Especially within the U.S., long the world’s leader in startups and innovation and startups, one of the greatest unresolved issues has been the legal status of initial coin offerings (ICOs). Entrepreneurs insist that the crypto-tokens they sell during public offerings derive value from their use, and so should not be regulated as securities. The Securities and Exchange Commission takes a different view.

As Bitcoin Market Journal reported not long ago, the SEC has issued a series of very public warnings that “it is preparing to treat coin offerings as securities for the purposes of federal regulation, and that it will treat the marketplace for these commodities as an exchange.” This will mean both increased enforcement of existing laws, oversight which up until now has largely been absent in the blockchain space, as well as potential new regulations targeted directly at crypto-tokens.

In some ways, this will change this business landscape considerably.

In the short term, most action will likely come in the form of heightened enforcement of existing regulations.

Sam Waldon, a partner with Proskauer Rose and former Assistant Chief Counsel in the Enforcement Division of the SEC notes:

“I think Chairman Clayton has been clear in the view that he thinks there don’t need to be huge regulatory changes, that the regulations that are in place work just fine. But there needs to be an understanding among the marketplace participants that we are talking about securities and they need to act accordingly.”

With the publication of its report on ICOs, known colloquially as The DAO 21A, along with statements by Clayton, the SEC considers blockchain firms on notice of pending securities enforcement. As a result, the agency has already begun issuing subpoenas and has made clear that it will not substantially change the law to accommodate blockchain firms.

The first order impact of enforcement will be to make blockchain firms more expensive to launch.

“I don’t think it’s going to be seamless,” said Waldon.

Complying with SEC oversight can be a technical, involved process. Firms need legal counsel, accountants, and management with relevant experience, most of whom are typically expensive to retain. Getting a public offering wrong can mean penalties and even fines, depending on the circumstances.

“I’m sure it would be disruptive if you’re talking about doing that compared to taking the view that they’re [ICO firms] completely unregulated. But I still think, at the end of the day, the commission would take the view that companies have been raising capital in compliance with the federal securities laws for decades. I think it’s going to be a hard sell with this particular commission that there’s something special about doing it through blockchain and an ICO.”

Some members of the industry argue that this will be a reason to reconsider the ICO model altogether.

“I have always treated any ICO, including my own, as a public company, and I think that’s what ICO founders will have to get used to.  Whereas a year ago an ICO was an easy way to acquire investor money, in today’s world I actually think it is more of a burden to do an ICO than raise money in the traditional way.”

It is this question that ICO-issuing startups will need to answer going forward: Why the ICO? Did companies develop this as a new model for raising capital, or just as a means of evading regulatory enforcement?

Put another way, with the SEC watching, what is the benefit of an ICO over an IPO? The answer to this question will define ICO fundraising in an age of enforcement.

For some firms, regulatory compliance will end their projects at conception. The costs are not minor and, for a startup project with little more than an idea and a website, may well prove crippling. This is, however, often considered a feature rather than a bug, as those same obstacles will do much to prevent the sale of fictitious tokens by someone with nothing more than a slick website and a whitepaper.

For the projects which move forward, the American ICO space will likely see an evolution between a value-added ICO model and a return to traditional IPO practices. Companies which adhere to the new format of selling tokens will increasingly need to create value that justifies the heightened costs of technical development. Those which don’t will often find it easier and less expensive to issue traditional stock options to public participants.

Since its inception, the ICO has served chiefly as a public relations campaign and a way of raising money without government oversight. In an era of enforcement, that model will need to evolve.

In the short term, the SEC is likely to issue rules that clarify rather than restrict. Specifically, it will likely address the hybrid nature of a crypto token.

“There is that question of what is sufficient utility to take something from being a security to being something else,” said Waldon. “I think that’s one area that there probably needs to be some greater clarity. [In addition], the smart contracts out there, the idea that you can create a security that in some sense has a mind of its own, that’s never been the case until today.”

The chief argument against SEC enforcement by the blockchain community has been that tokens, intended for use within a project’s ecosystem, constitute a product rather than an investment. While most, if not all, existing tokens almost certainly don’t actually meet this standard, they do raise the question of utility.

Unlike a traditional stock certificate or another form of financial asset, crypto tokens do exercise an independent function. Whether a self-executing contract, software intended for use within the ecosystem of a project, or some application not yet dreamed of, all tokens other than pure cryptocurrencies do have a utility beyond their market value.

This is a difference of kind from past security products, which exist as pure financial assets.

Clarifying this, specifically articulating when a utility product becomes a security, is likely the next immediate step in blockchain regulation.

Some in the blockchain industry are concerned about the potential impact of this rulemaking.

“Too much enforcement and regulatory pressure could potentially choke innovation and limit the studies, application, and adoption of the decentralized sciences.”

Nevertheless, regulation and enforcement are coming and they will almost certainly disrupt the existing landscape. A business model which has relied on low-overhead public fundraising, and the libertarian culture behind it, will need to adapt to oversight. The startup costs for a blockchain firm will almost certainly rise, pushing some firms into a more traditional fundraising model while encouraging others to innovate as a way of justifying the ICO.

Some firms simply will never get off the ground.

The position of the SEC on this is, however, firm. Everyone else lives with this system. ICOs can too.

Want to understand the law when it comes to blockchain? Subscribe to the Bitcoin Market Journal newsletter for all the latest on this evolving market.