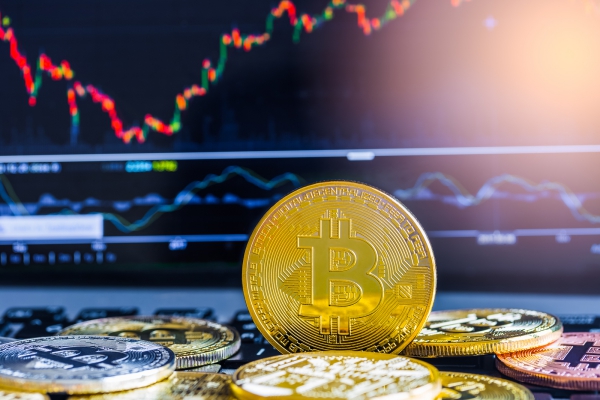 The Securities and Exchange Commission (SEC) has made it clear that they consider tokens sold during an initial coin offering securities for the purposes of regulatory enforcement. This means that companies launching ICOs will need to comply with SEC rules regarding public sales of these regulated financial products.

Now, selling ICOs is still a relatively new business. The SEC has only recently made it unambiguously clear that it considers this a securities offering. So no one has specifically written the book yet for blockchain regulatory compliance. That does not mean that the landscape is unclear so much as it means that the industry is still getting organized.

For companies looking to launch an ICO, the coming age of SEC enforcement means paying far closer attention to tighter rules and greater risk. There are a few places such companies should start.

This is always the place to start when considering issues of regulatory enforcement.

The SEC falls under what is called administrative law. This is a large and sprawling field with many subspecialties, including financial regulation and enforcement. Understanding a company’s rights and responsibilities takes a specialist and it takes experience. This isn’t something that a team of sharp computer programmers can figure out for themselves using Google.

This is all particularly true when it comes to a securities offering. Not only will a company need to determine whether its token actually qualifies as a security (not always a given), but it will also have to comply with multiple issues surrounding a public offering. And that’s just the beginning.

Any company that is preparing to raise capital by selling a financial product should immediately consult an attorney to determine whether it’s engaging in unregistered trade. The company will need counsel to prepare its offering and to ensure compliance with the law, particularly in this emerging field.

Keep Your Finances Clean and Updated

Although ICOs are still fairly new territory, they are similar in many regards to an initial public offering. During an IPO, a company releases shares of its own stock to the public and, while the headlines only ever capture Mark Zuckerberg ringing the NASDAQ bell, in fact, an enormous amount of preparatory work leads up to that moment.

Now, to be sure, an IPO and an ICO differ in many crucial respects, and while both involve a public offering of securities, it is likely that the SEC will treat each distinctly. If nothing else, it is an important difference that, with an IPO, investors actually purchase equity in the given company while an ICO only uses its tokens for capitalization. Nevertheless, blockchain companies that want to raise funds by selling tokens could do far worse than modeling their behavior by IPO standards until advised otherwise.

One of the most important functions of the SEC’s regulatory process is to detect and prevent fraudulent investment vehicles. They do this, in part, by carefully reviewing the finances of any company which catches their attention.

A blockchain company looking to go public needs to make sure that its financial records are complete, legitimate, and comply with a standard known as Generally Accepted Accounting Principles. Treat this like preparing for an audit. What’s more, understand that you may soon be viewed as a public company. If that’s the case, you may have to change many of your financial practices as many transactions that a private firm may conduct routinely can be considered illegal or unethical for a public company.

Review your books going back at least five years while consulting with your new attorney. If the SEC ever asks to audit your records, you will want them in perfect condition.

Let’s take a look at what the Financial Industry Regulatory Authority has to say about launching a public offering of securities. In particularly relevant part, this private organization writes that a firm conducting a public offering of securities must “not make unfair terms and arrangements” and must “have specific requirements on offerings in which there is a special conflict of interest.”

Now, both of these requirements can unpack in many directions; however, one area that a company should be particularly careful of is advertising. As the law firm Fenwick & West noted in a publication:

Federal securities laws place significant restrictions on the types of publicity and communications that a company may issue while it is “in registration” in connection with its IPO. … This period is often referred to as the “quiet period,” and violations of the SEC’s restrictions on communications during this period are often referred to as “gun-jumping” or “conditioning the market.”

Again, it is important to point out that an ICO and an IPO are two different things and will almost certainly develop two entirely distinct (if related) bodies of law. However, the point made by both the FINRA and Fenwick is a very good one nevertheless. Advertising is a very easy way for a firm to get itself into trouble when it comes to securities.

A company cannot attempt to manipulate the price of its own securities offering. While it can advertise its products and services in the normal course of business, any campaign that actually discusses the security itself can quickly run afoul of SEC regulations.

This issue will require particular attention from blockchain companies. Given that the tokens sold during an ICO are also an integral part of most companies’ business models, they will have to be extremely careful about advertising their products and services without crossing the line into what is known as “conditioning the market.”

Any blockchain company that may even someday launch an ICO needs to begin paying attention to the advertising issue early. Market manipulation is no joke, and it will cost a fortune in lawyers’ fees if an old banner ad from three years earlier comes back to haunt you.