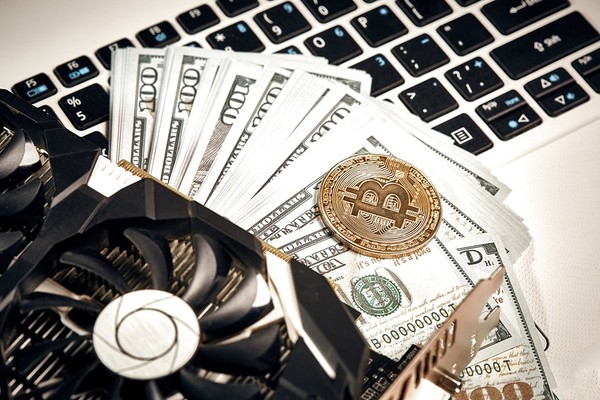 It is a common truth that everyone wants something for nothing. This extends to bitcoin, which, at over $14,000 per coin, is one of the world’s most valued commodities. The bitcoin community is always thinking of potential ways to acquire bitcoin for free.

Earning bitcoin for “free” does not mean doing so without extensive effort and preparation, however. As it turns out, there really is no such thing as something for nothing. This article will look at some of the ways investors have obtained free bitcoin.

The most straightforward way to get bitcoin is to mine for it or to mathematically discover what the next block address hash is on the bitcoin blockchain. Discovering a new block earns the miner a 25 bitcoin reward (worth over $350,000 at the time of the writing of this article).

Before you get excited about the prospect of mining, however, it should be noted that mining bitcoin is a very difficult thing to do. Finding the right hashcode requires a mathematical process that can only be done with a powerful computer. Typically, desktop computers and servers are equipped with application-specific integrated circuits (ASICs) and advanced graphics processing units (GPUs) to boost the processing power of mining units.

However, due to the difficulty of bitcoin mining, many people who try to mine bitcoin at home find that it is not as profitable as they had hoped. If you want to mine bitcoin successfully, it is likely that you will need to invest significantly in several excellent bitcoin mining rigs and be located near cheap sources of energy to run them. Thus, “free” in this case may not be the most accurate description.

A growing number of employers are allowing employees to receive some or all of their net pay in bitcoin. Popular work-for-bitcoin sites are Coinality, Jobs4Bitcoins, and BitGigs. You can also receive small amounts of bitcoin, usually only a few satoshis (one hundred-millionth of a bitcoin), by doing simple tasks through sites like Coinworker.

Additionally, if you have a bitcoin wallet, you can accept bitcoin as payment for goods and services without having to go through a payment processor. Tools for simplified use, such as bitcoin debit cards, QR codes, and processors to seamlessly integrate bitcoin payments are available.

If you already have bitcoin, you can lend them out to benefit from the loan’s interest payment. While lending platforms differ, bitcoin lenders tend to either serve as a matchmaker from borrowers and lenders or as an intermediary facilitating and servicing the loan.

When using such services, it is important to thoroughly vet them, as each platform has a different reputation and different service expectations.

A controversial way to get bitcoin is bitcoin faucets, which are websites that give users satoshis in exchange for doing small tasks, like filling out CAPTCHAs or playing games. As these are typically ad-heavy sites, the high traffic and the inevitable ad revenue funds the site’s wallet and provides a profit to the faucet’s owner. Google AdWords has banned most of these sites, however.

Gambling is always an option, and the number of bitcoin-friendly casinos has grown in recent years. A list of bitcoin gambling sites can be found here. It is important that you know the laws about online gambling in your jurisdiction, however, before using these services.

While there are many ways you can get a small amount of bitcoin online, it is highly unlikely that you will receive significant amounts without an investment of labor, capital, or both. However, if you are interested in bitcoin but you do not want to use your money to acquire it, the options highlighted above may allow you to dip a toe into the bitcoin pool.