Experty calls itself “Uber for knowledge exchange.” Its platform uses a video-chat system to connect experts with people who seek their professional advice. The experts receive instant payment for their consulting and support services, and the people they consult gain easy access to their expertise.

Experty’s current focus is on providing access to professionals who are experts in blockchain technology, but the platform could theoretically be used to deliver consulting in any type of field. Lawyers, doctors, and maybe even car mechanics could use Experty to connect with people seeking their advice.

Identifying and connecting with qualified professionals who can give you the advice you need to solve a problem or make a decision has traditionally been difficult. In most fields, there is no single, go-to location for looking up experts. Nor is there an efficient process for vetting a consultant before you hire him or her. You could interview the consultant, but that takes time, and there is no guarantee that an expert who appears qualified during an interview will actually deliver the help you need.

The rise of freelancing websites like Upwork has addressed these challenges to a certain extent. They allow you to search for professionals in a variety of fields, then hire them.

However, these platforms are primarily designed for hiring people to perform project-based work, rather than providing consulting services or answers to questions. Freelancing sites also require experts and users to connect through proprietary systems that are controlled by third parties. There are no direct payments, and the platforms take a cut of revenue.

Experty uses the blockchain to provide a decentralized platform where experts and users can connect with each other directly for face-to-face consulting services.

Payments are exchanged using the Experty Token, or EXY.

For full details on the Experty platform, you can read the team’s official whitepaper. 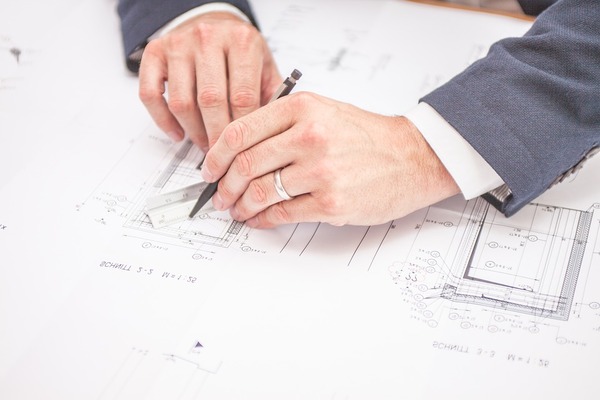 Experty’s co-founder and CEO, Kamil Przeorksi, has a background in programming.

Tom Dyl, another co-founder and the current CTO, is also a programmer.

Most of the team members listed on the Experty home page are also developers or technical leads. According to an interview that the team gave in 2017, the company has about ten employees.

Available evidence suggests that most of the Experty team is relatively young, and none has been associated with a major blockchain project prior to the launch of Experty. However, the co-founders appear to have had successful careers in programming prior to starting Experty.

Experty’s token, EXY, plays a straightforward role in the Experty platform. If you want to consult an expert via Experty, you purchase EXY, which serves as the payment mechanism for the consultation.

Setting up a consultation requires payment of a deposit in EXY in advance.

If they wish, experts can also accept payment in other altcoins, but those entail a fee. Payments with EXY incur no transaction costs.

In the future, Experty plans to support fiat currencies (such as U.S. dollars) as well. These will also entail fees.

The project’s GitHub repository is quite active.

The Experty code base relies heavily on React, a popular JavaScript library. This is unsurprising, as the Experty co-founders’ backgrounds include extensive work with React.

Activity on the Experty GitHub repository suggests that the team knows what it is doing when it comes to building the platform.

Experty may be a promising investment — indeed, we think it’s one of the top ICOs of 2018 so far — but it has two big challenges to solve.

First, Experty is an ambitious project — perhaps too ambitious. Building a video-chat application from the ground up is no small task. Neither is maintaining it and handling issues related to security and privacy.

The Experty team appears quite qualified for application development, but it is small. Skype has about 1500 employees, compared to Experty’s ten. Investors might question whether Experty can effectively create a world-class video-chat app, while also building out the payment system, community rankings, and various other parts of the platform.

Second, the value of Experty’s platform appears limited. Experty is not creating anything fundamentally new. It is already possible to consult with experts over traditional video-chat platforms, like Skype. As noted above, freelancing sites make it relatively easy to find experts.

Experty’s main value is in delivering a complete consulting solution in a single package. It provides the video-chat application, the community-rating systems, and the payment mechanisms in one platform. That is certainly convenient, but is it earth-shattering enough to disrupt existing consulting and freelancing services? That remains to be seen.

On the other hand, Experty is the only blockchain-based platform of its kind. It appears capable of gaining a sizable, but limited, user base. There is a good chance that it might see moderate success, especially within its target niche of consulting services for the blockchain community. However, it is hard to imagine it upending the broader world of consulting.

You can follow Experty on Bitcoin Market Journal. To stay on top of all ICO news, watch our ICO page.