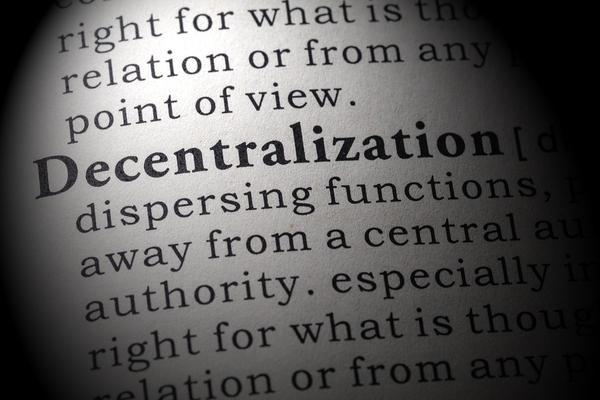 Anyone who has heard of bitcoin and other altcoins has probably also heard that decentralization is what makes these crypto assets valuable. With no one in control, these systems are able to operate in a permissionless manner.

At a technical level, the ability for anyone to run his or her own full node on the network allows for any user to make sure that all of the rules of the system are being followed at all times. For example, users will check to make sure that some new bitcoin hasn’t been created out of thin air or the person sending some bitcoin actually has the coins he or she claims to have as each new block of transactions is generated.

Let’s take a closer look at what makes bitcoin work as a decentralized financial system.

The Importance of Full Nodes

If you are not running your own full node, then there is an argument to be made that you aren’t really using bitcoin because you are trusting someone else to check the rules of the system for you. This is especially true if you are entrusting a centralized institution, such as Coinbase, with the private keys associated with your bitcoin.

Handing your private keys over to a third party kind of defeats the purpose of using the system in the first place, but some people have no issue with trusting someone else with their coins, as they are simply speculating on the bitcoin price. Having said that, those who store their bitcoin on Coinbase or other crypto exchanges do not know whether the rules of the system are being followed or if those rules have changed; they’re trusting the exchange to manage everything for them.

Lite bitcoin wallets put users in full control of their own private keys. Additionally, these clients are a step up from custodial accounts on exchanges or web wallets in that they allow the user to check some of the consensus rules on their own. For complete validation, the lite client listens to a trusted full node or the majority of bitcoin miners.

When users are running their own full node, they’re able to check to make sure that all of the rules of the system are being followed and they can verify that all of the payments they receive are legitimate without outsourcing that validation process to a third party. This is bitcoin is its truest form.

The Role of Miners

In the past, there has been some confusion over the role of miners in the bitcoin system. Some believed that miners control everything, but that is not how things work. Miners only decide on the order of transactions; they do not have full control over the rules of the system.

The failure of the SegWit2x proposal was the most recent illustration of this point (see this article that explains the SegWit2x situation in more detail).

Looking ahead, investors should consider the level of decentralization behind any altcoin they’re thinking about purchasing on an exchange. Without a proper amount of decentralization, the point of a particular coin or blockchain project can become unclear.