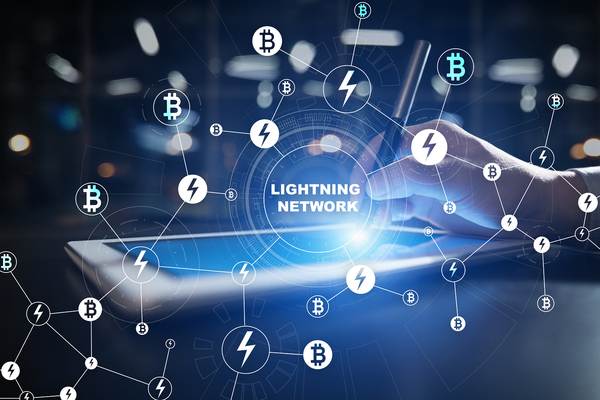 The Lightning Network has taken the bitcoin community by storm. While not everyone agrees that it will solve Bitcoin’s scalability challenge, it has proven to take pressure off the Bitcoin blockchain by channeling thousands of microtransactions off-chain.

In this article, you will learn about the current state of the new second-layer solution measured by the most recent Lightning Network stats.

Fake currency? Lack of funding? No intrinsic value? Are these the reasons that the most innovative technology since the Internet has yet to live up to its potential? In most experts’ opinions, the answer is not that simple. Having said that, it’s dishonest to ignore the most pressing problem facing Bitcoin today: scalability.

The centerpoint of the American economy has seen a shift over the last twenty years from that of Wall Street’s financial power to tech-based Silicon Valley due to one major factor: scalability.

It’s no coincidence that the most valuable and influential companies in the world stemmed from the Dot Com era. Corporations like Google, Facebook, and Amazon capitalized on the natural scalability advantage given to them by the Internet. The reason these tech giants soared to extreme valuations in such a short period of time stems from their ability to scale their products via the internet. Although Bitcoin utilizes both the Internet and the blockchain, it’s main issue to date is scalability.

The blockchain revolution will require a mainstay currency such as bitcoin to lure in skeptics, but if the currency cannot scale it will lose traction faster than its $20,000 per coin valuation.

Enter the Lightning Network, an additional layer to the blockchain that has the potential to increase Bitcoin’s scalability and change the course of technology. 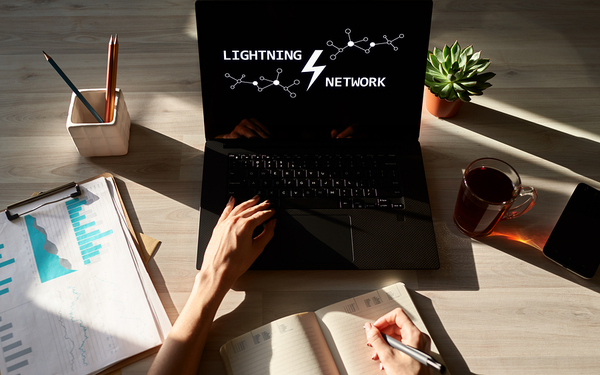 Bitcoin has consistently handled seven transactions per second (TPS) throughout its existence, which, in the early days, functioned well without a hiccup. As the currency garnered more popularity, the network has become congested, which prompted forks to alternative coins such as Bitcoin Cash, a currency that operates at 61 TPS. Bitcoin Cash handles nine times the transactions of Bitcoin per second, but that still pales in comparison to an established company like VISA that handles an astonishing 25,000 TPS.

The crypto community has long debated different methods of improving Bitcoin’s scaling issue, but the proposal of the Lightning Network has peaked everyone’s interest as of late. The Lightning Network would function as an additional layer to the blockchain, handling thousands of micropayment transactions in an attempt to decongest the network.

The network lacks some of the security features that benefit blockchain users, but the Lightning Network is specifically designed for those “micropayments” that typically occur between two individuals. Micropayments are simply small amount of digital currency transferred over the network, leaving little need for the bulky and slow processing of a secure blockchain network.

How Far Along is the Lightning Network?

The idea of the Lightning Network, albeit new for most people, was actually proposed in February 2015 by Joseph Poon and Thaddeus Dryja. The two blockchain innovators wrote a whitepaper that detailed the ways in which the Lightning Network could fix Bitcoin’s scalability problem. Popular blockchain figureheads such as Jack Dorsey, the founder and CEO of Twitter, and Jed McCaleb, the Stellar CTO, have both either endorsed or funded projects for the Lightning Network.

Since the end of April 2018 to August 2018, the Bitcoin Lightning Network saw an average monthly growth rate of 15% with the number of channels increasing from 4,000 to an incredible 10,000.

Well, not very close. Although the Lightning Network has serious implications, it’s developing at a rather slow pace.

Although that may seem like a massive number for capacity, it was recently reported that an estimated $8.9 billion worth of bitcoin moved within the network in a single hour.

The Lightning Network clearly lacks the capacity to handle transactions of that size, which happens to be the norm as the median BTC transaction is over $220 in value, according to BitInfoCharts. 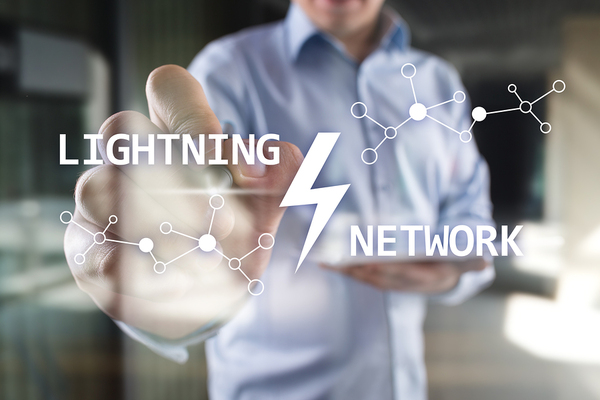 They key to the Lightning Network’s success rests in its development phase. Companies and investors must first recognize its potential impact and hurl millions of dollars at creating a secure and sustainable network. The Lightning Network is ideal for online retailers as it will reduce fees to microscopic amounts and allow near instant transactions. The costs for payment processing will be too low to resist adding the additional layer to the network.

Blockchain news headlines are filled with updates regarding the progress of the Lightning Network, focusing on the established companies that continue to innovate.

For example, in December 2019, Bitfinex announced that their exchange would support Lightning Network transactions, and even the popular startup-unicorn Airbnb allows customers to book stays using the Lightning Network via the Fold App.

The process of mass adoption is slow, but it is absolutely possible for the Lightning Network to grow exponentially in 2020.

Subscribe to Bitcoin Market Journal to stay up-to-date with the latest trends in the digital asset markets!