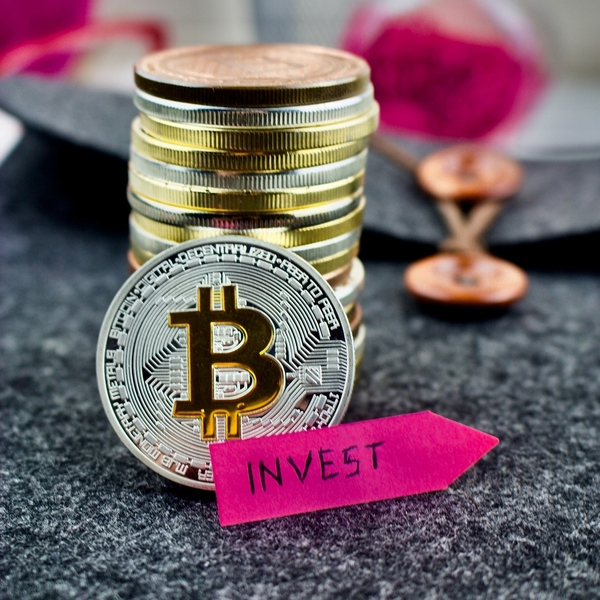 The digital currency bitcoin has gained popularity as an alternative investment due to its potential for high returns, and its lack of correlation to traditional asset classes such as stocks and bonds. How much bitcoin exposure do investors really have, given bitcoin’s young and volatile history? That is the question we will answer in this article.

How Much Do People Invest in Bitcoin on Average?

At the time of this writing, bitcoin currently has a market capitalization of around $45 billion, and one bitcoin is worth around $2,600. Investment firm ARK Invest and bitcoin exchange Coinbase estimate there are around seven million bitcoin users around the globe.

However, since bitcoin wallet addresses are not publicly linked to the individual’s personal information and since individuals usually use more than one wallet, it is very difficult to accurately determine the true number of bitcoin holders.

Determining the average investment size in bitcoin is, therefore, not as simple as dividing bitcoin’s market capitalization by the number of bitcoin holders because it is difficult to estimate the number of bitcoin users and also because bitcoin wealth distribution is not evenly spread out. As is the case in the non-digital economy, a few individuals and companies hold the lion’s share of bitcoin while most individuals hold only small amounts of the digital currency.

In that regard, not much has changed in the last two years. Today’s bitcoin wealth distribution data echoes the findings of 2015. According to data compiled by bitcoinprivacy.net, there are only 1,580 bitcoin wallets that hold over 1,000 bitcoins. That means that there are currently only 1,580 bitcoin wallets that hold more than $4 million worth of bitcoin, which amounts to 39 percent of the total current bitcoin supply.

How Much Would Put You in the Top 10% of Bitcoin Investors?

According to data from bitcoinprivacy.net, to make the top ten percent of bitcoin holders today, all it takes is an investment of a bit over $260, given the current market price of bitcoin.

While a small investment of $300 may seem too minuscule to make an impact on the performance of your portfolio, just remember that if you had invested $300 into bitcoin only four years ago, your $300 would now be worth over $7,500.

How Much Would Put You in the Top One Percent of Bitcoin Investors?

As our research shows, the majority of bitcoin investors hold only a small amount of bitcoin as a speculative investment. Of course, you choose what percentage of your investable capital you may decide to put into bitcoin, but it pays to remember that it should never be more than you can afford to lose, given the riskiness of this brand new asset class.