For those of us who enjoy day trading on volatility, it really doesn’t get much better than this.

From stocks to commodities to crypto, it seems every asset class is foaming at the mouth from traders eager to push prices around to make a quick buck. This is not your mother’s market.

It’s not even Reddit’s market anymore. The story of how a bunch of foulmouthed hoodlums managed to one up an incumbent Wall Street hedge fund and bled them for billions of dollars has gone viral, but it seems to me like the entire world kind of missed the point of this story.

As the GameStop trade seemingly unwinds, the short interest has plummeted, and the prisoners from our dilemma are now casually and quietly exiting the trade. 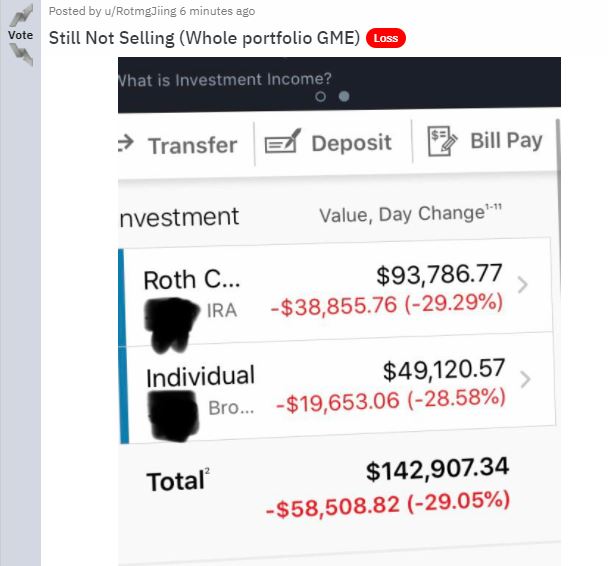 WSB has gone from around 2 million users to nearly 8 million just in the last week as the GameStop story went viral, and it’s quite clear that many of the tourists clearly don’t know the difference between a short squeeze and a pump and dump.

Even though the folks on Reddit have done everything they possibly could to distance themselves from the narrative that everyone should buy silver in order to squeeze the hedge funds, it didn’t stop some publications from posting headlines to the same effect.

Not only is this fake news, but literally nothing could be further from the truth. In fact, of the top holders of the silver exchange-traded fund that was that was targeted today was none other than Citadel, the villain from the Robinhood story who shut off the buy orders at many online platform at a very critical juncture.

The flashy new narrative has been aided by the fact that we saw a monstrous short squeeze on silver 42 years ago, but that was at a time when manufacturers, particularly Kodak, were using most of the world’s supply to make stuff and the investment portion of the market was less than 3%.

Today, the market is a lot deeper, and there’s a lot less reliance on the metal for manufacturing purposes.

Not only that, but the whole narrative of a short squeeze on silver is laughable. Unlike GME stock, where Melvin managed to short nearly 160% of all floating shares, the short volume ratio for SLV is only 12%. Who, exactly, do you expect to squeeze?

Yes, there has been a surge in demand for physical silver lately, and premiums are rising, which is not surprising given the current state of monetary and fiscal policy.

But physical silver often experiences supply constraints when there is a spike in demand, as the dealers don’t tend to keep large inventories.

The end result is a social media-fueled pump craze, despite glaring levels of cognitive dissonance. To the moon, I guess. This too will unwind.

As we know, things in the crypto world happen much quicker. It was fun to hear Elon Musk come out in full support of Bitcoin on the up-and-coming venture capital voice-based social app Clubhouse, but the market excitement was short-lived. After all, we all knew that his allegiance to bitcoin was inevitable.

The one that really got my goat today was XRP, where a deliberate pump and dump was precariously timed to coincide with Ripple’s statement in response to the recent U.S. Securities and Exchange Commission charges, and perpetrated by a group on Telegram that had reached the max capacity of 200,000 souls.

This chart below is posted with the utmost disdain. This is not how the crypto community should behave, especially with so much at stake right now from the regulatory front. 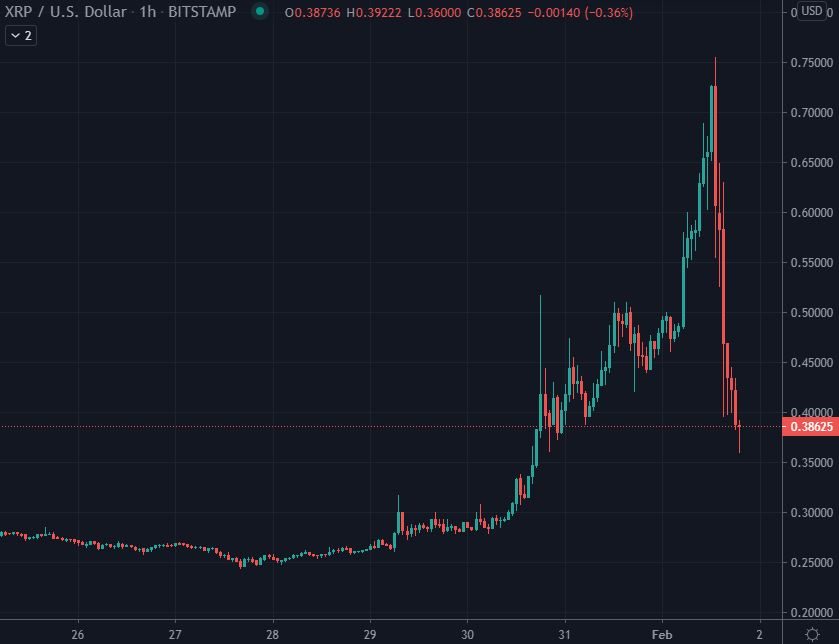 It’s been a wild day for sure, and it has had many quirks. Does this tell us anything about the broader market cycle? I guess we’ll just have to keep an eye out and see. Mati Greenspan Click to tweet