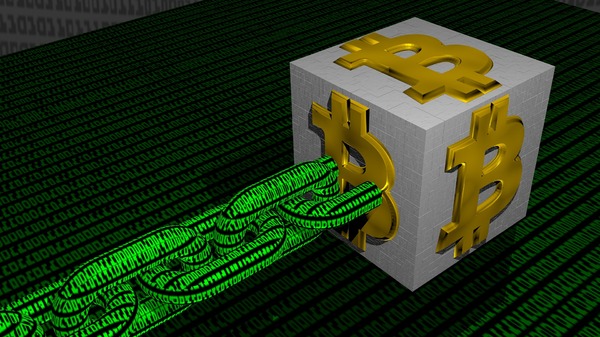 The Vestarin project is about making cryptocurrency less atomized and more useful. Through a combination of the company’s platform, chiefly expressed through a mobile app, and its crypto token, the goal will be to allow users to more seamlessly spend and swap the hundreds of currencies on the market today.

The pre-ICO went live on January 30 and will run until February 28. After this, the company plans a formal Initial Coin Offering scheduled for March 5 through April 4.
Interested buyers can find out more about both sales at Vestarin’s website, and specific details are available here. At the time of writing, the pre-ICO had sold 2,365 ETH worth of Vestarin tokens, and the company has indicated that it will end the sale early if it reaches 5,000 ETH.

In a nutshell, Vestarin is an effort to unify a deeply atomized cryptocurrency marketplace. The project’s ambitious goal is to create a centralized platform where users can spend, exchange, develop, and learn about all cryptocurrencies. This will, according to the company’s media materials, allow enthusiasts to buy a pizza with Ether or judge the value of an ICO before sinking their money into the project.

The Vestarin website is a bloated, flashy, animated page with both the uncomfortable feel and information level of a Voltron cartoon. Vestarin’s front page spins and flashes and rolls over, slowing the user’s browser down to a crawl while conspicuously not telling the visitor what this project actually does, how it does it, or what problem the VST token solves.

There are references to transacting payments and building community, but to understand further, the user has to dig into the company’s whitepaper. There, Vestarin describes itself as a “decentralized platform” and a “mobile app [which] will unite hundreds and thousands of service providers and sellers… We will also attract professionals to build strong teams. We will aggregate tons of relevant information for the development of cryptoenthusiasts.”

The document goes on like this for several pages, and this is a theme of Vestarin’s overall presentation. It describes numerous aspirational goals while providing few actual implementation details.

What at first appears to be a project trying to make cryptocurrencies spendable and salable pivots as the project’s whitepaper begins discussing the inherent instability of initial coin offerings in an information-light, enthusiasm-heavy atmosphere. After that, the Vestarin whitepaper discusses ways to encourage new cryptocurrency development. Two pages later, it returns to the subject of spending cryptocurrency and the difficulty of finding vendors who will accept blockchain tokens as a form of payment.

What becomes clear is that Vestarin aims to create a virtually all-in-one cryptocurrency platform. The company hopes that its network will not only provide a near-universal information sharing service, but that it will serve a gatekeeper function for ICOs, boost the creation of new and worthy projects, and create a mechanism by which cryptocurrency holders can spend and trade their existing currencies.

The company has identified a series of worthy problems to solve in the cryptocurrency space and has ambitiously set out trying to solve all of them at once. What it has not done is to provide the technical information on how, exactly, it plans on getting this done.

To select just the vendor payment mechanism as one example, Vestarin does not provide details on how its integrated payment system will work. It will use its VST tokens as the means of the transaction, but will the network simply connect users who then use third-party software to transfer those tokens? Will it process sales and handle transactions itself? Will it provide e-wallets and security? Will it manage the shipping and commerce for online businesses or simply be a point-of-sale interface? None of this critical information is provided except that Vestarin will handle it all, evidently, in the app.

Vestarin is the brainchild of Russian fin-tech entrepreneur Said Radzhabov.

Questions have been raised as to the identity of this individual. Although Radzhabov appears to be who he claims, his online profile raises significant concerns about the judgment and integrity of Vestarin’s leadership team.

In an e-mail to the website CoinIdol, Radzhabov has said that Energizer is his stage name.
This appears to be supported by a video produced by Vestarin of Radzhabov speaking about his project. (English version here.)

However, this raises numerous additional questions.

Energizer’s social media accounts remain active, with the latest update at the end of 2017. They do not discuss cryptocurrency at all, an odd omission for someone in the middle of starting a business, and are populated almost exclusively by pictures of naked and semi-naked women. We will not link to them here. Accordingly, this raises concerns about the judgment of a CEO who would continue to update public-facing websites with pornographic images even while trying to raise funds for a major cryptocurrency launch.

Further, the photograph which Radzhabov uses for all of his marketing materials (including the Vestarin website) is the first Google image produced for Said Energizer. For these to be the same people it must also be true that Vestarin, instead of having a new headshot taken of its founder and CEO, chose to use the first image of him available on Google.

Radzhabov himself also has a rather sparse history. His LinkedIn profile lists only two other companies: GoldTraders and CryptoAngels. While at time of writing no information was available about GoldTraders, two unrelated companies identifying themselves as CryptoAngels provide their leadership teams (here and here). Neither reference either Radzhabov or Energizer.

Adding to the confusion, one of the company’s advisors appears to have potentially embellished his credentials. Having graduated from the University of Illinois, Wulf Kaal claims to have worked as an associate with Cravath, Swaine and Moore, one of the most prestigious law firms in the world and one famous for accepting students only from elite law schools. Kaal’s faculty biography page at St. Thomas Law School says he was “associated with” the firm, a difference of wording which suggests that Kaal may never actually have been an attorney at Cravath as his profile seems to suggest.

Vestarin runs on its proprietary VST token which will provide the backbone for its transaction system. Although, as noted above, the technical details of this system remain sparse, buyers and sellers on the Vestarin platform will do business in VSTs.

This will provide internal currency for the system. Vendors will receive payment from customers in VSTs, which they can then sell for either fiat currency or other cryptocurrency through the Vestarin network.

The VST token’s value will be supported by two mechanisms. The first is its utility as a medium of exchange. Users on the Vestarin network will need these tokens in order to do business with each other, and as a result, the token will get value based on its spendability in-network. Vestarin will also encourage token value with scarcity, as the company intends to repurchase its own tokens on exchanges and burn them off.

Funds raised during the ICO and pre-ICO sales of VST tokens will be used primarily for the development and marketing of Vestarin. There is no information about whether the company will restrict the sale of VST tokens prior to launch, and at time of writing, the token was priced at 3,000 VST to one ETH.

Vestarin has an active social media presence, including a referral program whereby anyone who successfully convinces new people to invest in the company will get a 10 percent commission.

The company maintains an active Twitter account, regularly posting updates and news about both its own activities and the cryptocurrency marketplace at large. Its Facebook page is similarly well maintained, with plenty of information about the state of the company and its current offerings.
The same is true of the project’s Medium page, which appears to be updated every several days.

Consumers interested in the Vestarin project should visit their website here. Clicking on the link to buy tokens will produce a “know your customer” web form asking for the user’s e-mail address, Ethereum wallet, and whether the user intends to contribute more or less than $10,000.

Vestarin has received a substantial amount of coverage in the cryptocurrency media, and it is likely that an overt scam would have been outed by the sheer volume of attention at this point. However, the questions involved with Radzhabov’s identity and judgment remain, as do the red flags raised by the numerous spelling and grammar errors littered across the project’s website. The Vestarin whitepaper is sparse on the details of how it intends to build and run its extremely ambitious platform, and its monetization planning shows little more than a back-of-envelope degree of thought.

That is not to say that all of this thought does not exist. It is possible that the Vestarin team has thought these issues through thoroughly and in great detail, and perhaps the language barrier evident throughout Vestarin’s social media presence and media interviews precludes them from indulging in these specifics in the English translation of their website and whitepaper.

Investors, however, should use caution. As is the case with all ICO investment, it is wise to conduct your own due diligence before making any investment decision. For information about current and upcoming ICOs, visit our initial coin offerings page.  While you are there, take a moment to subscribe to the Bitcoin Market Journal newsletter, where you will find the latest news and commentary on the world of New Finance.