Yeah, yeah, it’s paper-backed bitcoin for Wall Street. Let them have it. Those uber-rich dinosaurs are super-late to the game, and I’m half hoping that the new ProShares exchange-traded fund (ETF) does a terrible job of tracking bitcoin’s actual price. At any rate, let’s move on.

Everyone knows that NFTs are the future of finance, but not all of them will hold their value over time.

Even though some of these unique tokens are selling for millions of dollars, it doesn’t take a world-class analyst to figure out that the market is super flooded with low-quality NFTs that some people are having trouble giving away. So what separates the treasure from the junk?

Well, the answer is complicated, but in order to get a better understanding, I’ve been doing a bit of trading in this new and strange market. Because I’m such an egotist, the first things I’ve collected are NFTs that were made of me.

Thus far, I have six, most of which were cheap or free minus the gas fees, and none of which have any resale value because, let’s face it, who would spend actual money on my bald talking head?

You can see my entire collection at this link.

As many of you know, my background has always been traditional investments, but recently I announced on Cointelegraph that I am holding 100% crypto.

Over the weekend, I added something a bit different to my portfolio. Meet Reggie. … 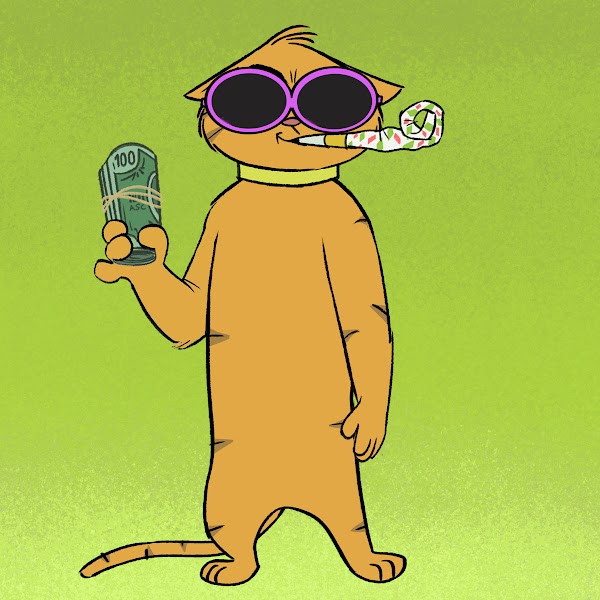 What swayed me more than anything to put up 0.46 ETH was the utility.

Not only do I own a piece of a well-hyped project, but the ownership is also a ticket to the show, meaning that only people who own one of these Stoner Cats are able to view the cartoon.

Since the show brings together some extremely talented actors I admire (Ashton Kutcher, Mila Kunis, Seth MacFarlane, Vitalik Buterin and more), I really wanted to be one of the 10,500 or so people who get to see it.

The floor price, the minimum amount for which any NFT in this series is trading, has risen about four times since the project was launched, but I really didn’t buy this with much expectation of profit.

I don’t intend to flip it, and I don’t see myself ever selling. Even if the floor goes up 100 times from here, I’d really rather just hold it as an asset on my books than ever cash out.

It’s been well-speculated that gaming tokens are the viral app that will bring crypto to the masses.

One thing that has stood out to me as being particularly interesting is a tamagotchi fighting game called Axie Infinity.

The project has been rolling in hype lately, and I even saw a short flick on Bloomberg about how it can be a boon for financial inclusion in developing countries. In addition, there are some success stories already.

Well, it is an ether-based game, so if we calculate gas fees and such, there is certainly a barrier to entry for the world’s poorest.

According to Coin Bureau, a good Axie team will likely cost about $2,000, from which you can earn approximately $500 to $1,000 a month, given the current tokenomics of the system. Not bad for playing a video game.

The graphics are still very far from Ready Player One, and I do wonder about how the tokenomics will pan out once they’ve reached a peak in player activities and there’s less new money coming into the system. At any rate, it’s a lot of fun to see the direction our world is headed.