Out of all the hockey stick graphs we’ve been looking at over the last few weeks, the one that really takes the cake is the google trends chart showing the number of people searching for the term ‘unprecedented.’ The levels we’re seeing at the moment, quite frankly, have never existed before. 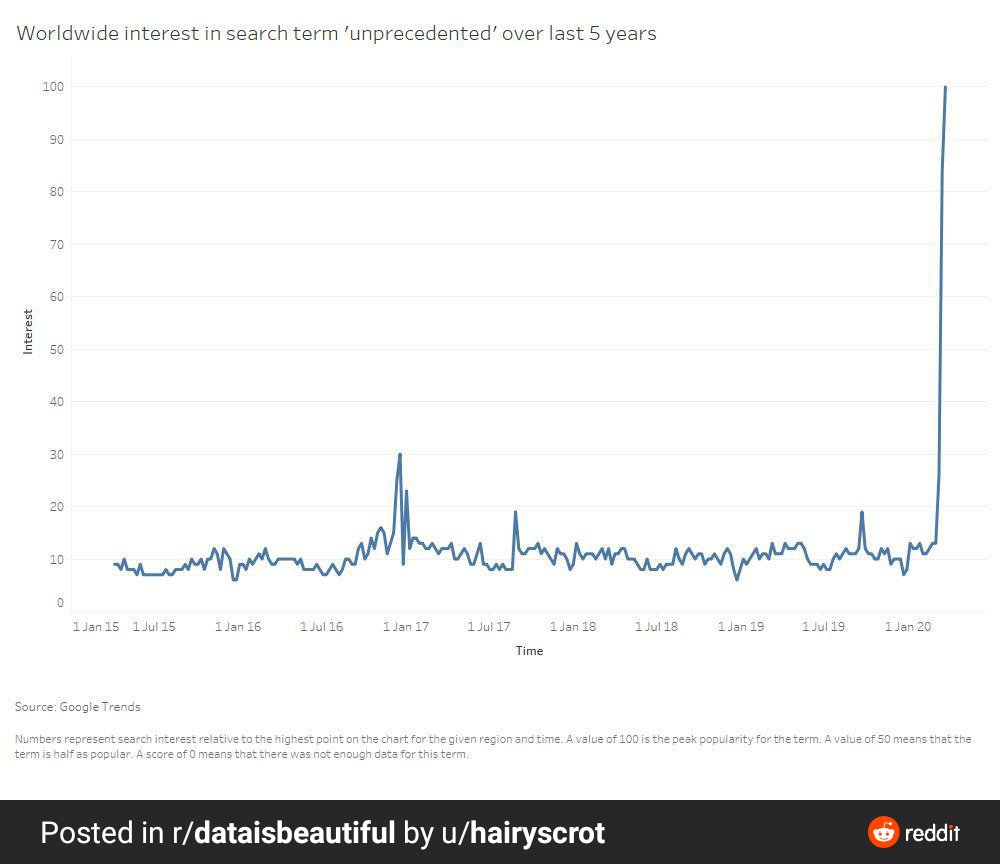 We’re litteraly living through history at the moment.

Ready for the Pain

In his briefing yesterday, which was conveniently held at a time when the markets were closed for the day, President Donald Trump told America to be prepared for “a very very painful two weeks.”

The PMI manufacturing numbers out this morning confirmed that, as we explained in yesterday’s newsletter, businessmen who make purchasing decisions for their company agree. April will be even worse than March.

On the bright side though, analysts were forecasting that the PMI reading would come out very poorly at 44.9 but instead it only shows a mild contraction of 49.1.

All this and we still don’t know how many jobs have been lost in March. That little piece of data comes out on Friday in the monthly jobs (NFP) report. No doubt that one will rock the markets depending on the results.

The markets are taking the warning from the President and the data quite seriously and is down about 4% as of this writing. 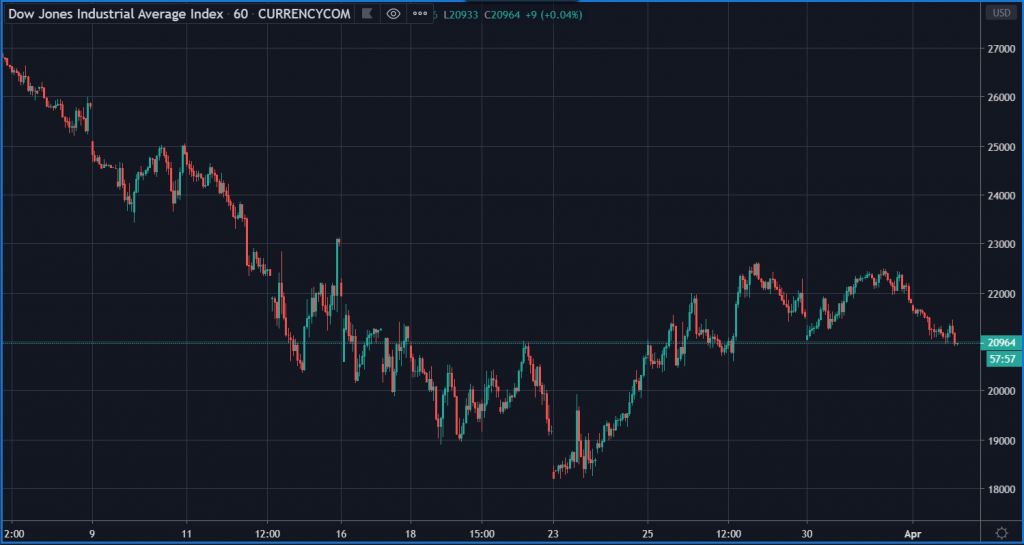 One person who clearly believes there’s more pain ahead is Howard Marks. The founder of Oak Tree Capital always has a prominent place in these QE Newsletters, simply for the fact that he always lays out all the contributing factors of anything he’s analyzing in the clearest way possible.

His latest note published yesterday evening, Which Way From Here?, is no exception. It’s also the reason for today’s note going out so late. I just couldn’t complete my analysis without reading his. After reading it, it’s quite clear that Mark’s is uncharacteristically bearish on the markets. The positive cases he’s laid out and expressly stated ‘might not be correct’ take up little more than a single page of the note, whereas the negative cases take up three full pages.

A bit of confirmation bias for myself came at the point when he started asking about the affects of the extraordinary stimulus measures and seems to suggest that the cocktail between that and the supply/demand shocks could start to create inflation at some point.

You don’t really need to read between the lines to figure out his bearishness though. The conclusion is quite clear and Howard is very clearly giving a recommendation to short the markets.