With all due respect Mr. chair, are you feeling ok?

In a video uploaded to Twitter last night, U.S. Securities and Exchange Commission Chair Gary Gensler, who was nominated by President Joe Biden, imparted his best advice to young college students that they should be start saving early and save often.

To support his thesis, he used an example of a young student saving just $5 a week in an account earning 8% interest, noting that it will be worth $130,000 by the time they’re 65 years old. 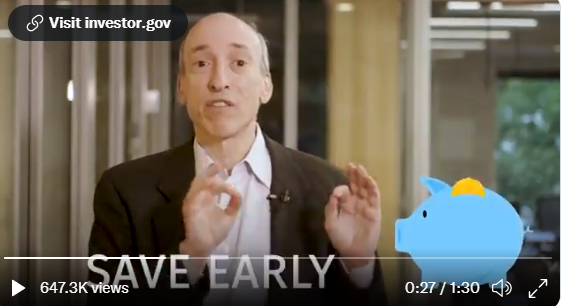 We had such high hopes for him when he began his tenure, but by now our dreams of having a levelheaded and knowledgeable financial regulator in the U.S. turned out to be nothing more than a pipe dream. This video clearly shows just how out of touch with reality our new SEC chair is while he sits in his ivory tower.

In what world is $130,000 enough to retire on? It’s not nearly enough today, and with the dramatic devaluation of the U.S. dollar over time, it certainly won’t be in 30 or 40 years from now…that is if the greenback event exists at that point.

Not to worry, the sheep are awakening. Gensler’s tweet had more than 5,000 responses on Twitter at the time of this writing. Compared to the 1,500 likes on the tweet, we can definitely say that the chair has earned this ratio.

Don’t get me wrong, this was probably excellent financial advice in 1979, when Gensler graduated from the University of Pennsylvania with an MBA, and the federal funds rate was closer to 10%.

Back then, even if inflation was high, saving still made sense. These days, a retail bank usually offers more than 0.1%, if you’re lucky. Antithetically, Coinbase, who was trying to add a product for savers to earn 4%, was just shot down by the SEC. Mati Greenspan Click to tweet

It seems difficult to believe that a man in this awesome position of power could possibly exhibit such a powerful instance of cognitive dissonance that he could squash a high-yield savings product on one hand and recommend even higher-yield savings products that don’t exist on the other.

He’s gotta be trolling us.

On Twitter, it’s not so uncommon for influencers to intentionally spread false information for the purpose of garnering engagement.

However, the thought that the chair of the SEC is intentionally dispensing poor financial advice just to gain a few subscribers is particularly nauseating.

It has been suggested that as a bureaucrat, Gensler is likely acting on behalf of big banks that are in competition with the crypto industry, but this explanation doesn’t make much sense to me either.

After all, big banks are some of the largest investors in the crypto space.

In this article from Tech Monitor, we get some valuable insight into how large financial firms tend to view crypto startups as investment targets, as long as such investments don’t give them issues with the regulators.

If that’s the case, they wouldn’t have much motivation to lobby regulators against crypto. Or would they? 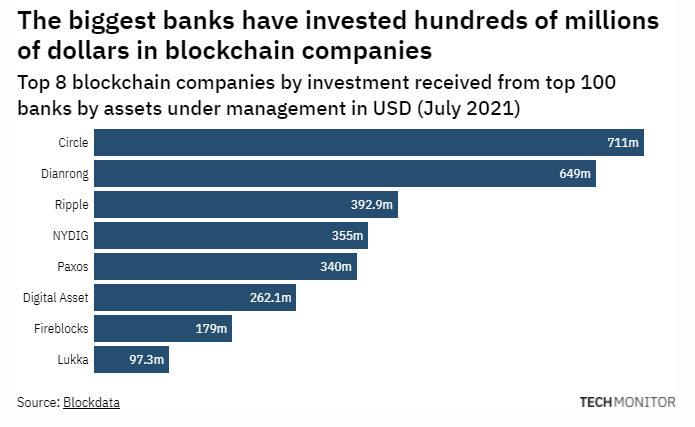 It does seem like a rather complicated paradox. What really gets my goat though is that no matter how harsh Gensler comes out on any issues regarding governance of retail investors, he will undoubtedly continue to increase his own wealth with major contracts waiting for him the day he steps out of office.

What a time to be alive.