How much is infinity?

Mathematicians often spend their entire career pondering the square root of two or the endless decimals of Pi yet they often find that the concept of endless is simply unfathomable. Our brains are quite finite as are the tools we use to process information.

So what does the Fed mean exactly when they say they can buy an unlimited amount of assets? Mati Greenspan Click to tweet

Well, it’s still early days but we’ve just got the first snapshot back of the Fed’s current balance sheet. Spoiler alert, it’s now growing faster than ever before… by far. This graph shows the total amount of financial assets that the Fed has purchased, by creating money out of thin air, since 2008.

As of this snapshot, two days ago, the total balance was $5.25 trillion. Of course, QE Infinity was only announced three days ago. So there’s no telling where it might be at right now. Nor where it might be by the end of the year.

Together with the measly fiscal stimulus package of $2.2 trillion that is set to be passed by the White House later today it does have the potential to put an effective backstop on the stock markets. I mean, if the people in charge of creating money effectively vow to buy the entire market, then I guess that’s what’s going to happen.

Though several hot-shot investors have already stated that now is the time to buy stocks, one famous investor remains conspicuously silent.

For myself, it doesn’t matter if the Fed is buying or Ackman, or Paulson, or even Larry Fink. Warren Buffett is the man who correctly identified the best deals at the bottom of the last market cycle and has spent the better portion of the last few years rotating his portfolio to cash. So no doubt, once he starts announcing that he’s making purchases again, that’ll be a nice signal for long term investors.

The thing about investing is that you always want to get a good deal. Imagine though, that you walk into a marketplace to buy apples at a reasonable price only to find out that some rich guy is in the same market and he’s buying apples at any price. I guess you might want to pivot and buys some pears instead but wait, hey, he’s buying up all the pears as well at rates that are so expensive you’ll never be able to turn a profit on them. Sheesh what a jerk.

As we’ve stated before, if you want to know what to expect from the markets we really need to pay attention to the virus itself. And the numbers are not great. Yesterday night, the United States grabbed the number one spot for confirmed cases as New York is now the new epicenter of the virus.

Meanwhile, those looking to Italy for some sort of indication aren’t finding a lot of solace. New Cases in Italy yesterday logged their second worst day ever. 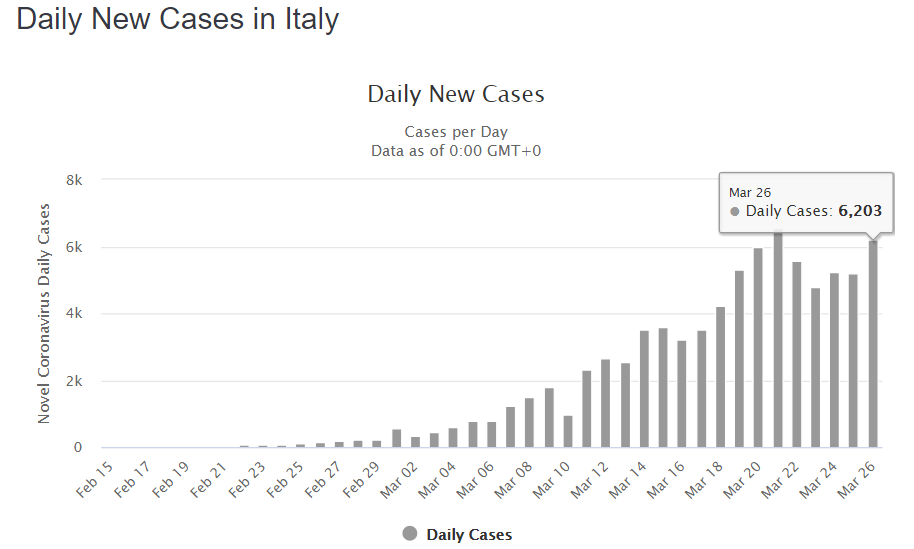 Over in China, the number of new cases is just 55. Though this might seem like a relief, the fact that it’s higher than zero is a bit concerning for some.

As long as we don’t know how far the disease will spread, we won’t know how long the lockdowns will last. Even with massive stimulus, every day that goes by is a huge problem for companies who were surviving on small margins before the crisis. It seems GameStop is going to be permanently closing more than 300 stores. They’ve been in hot water throughout the retail apocalypse though and let’s hope this isn’t a knockout punch. 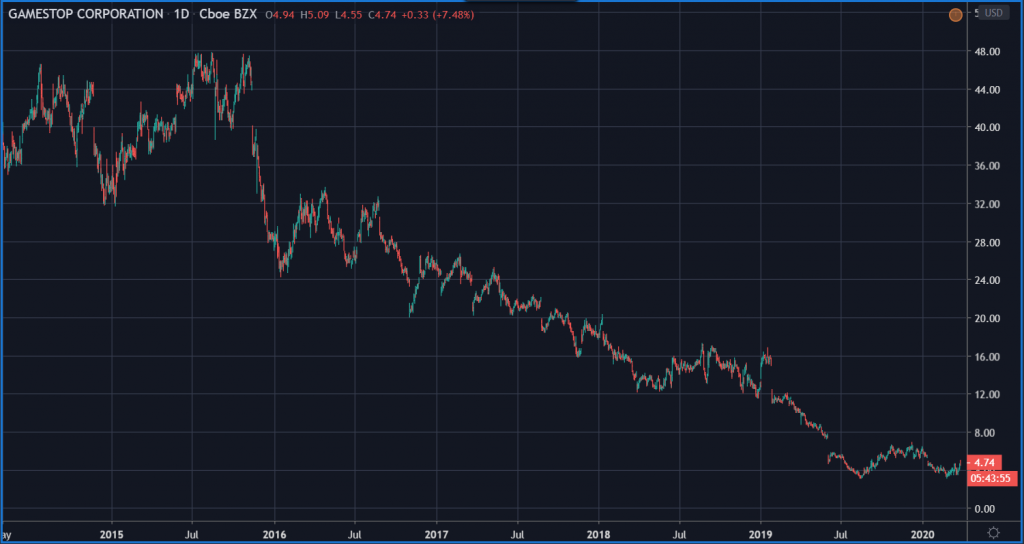 We won’t really know though. Not until we learn more about this virus and there’s no telling how long that’ll take. So, even though the governments and central banks are willing to go to infinity and beyond to support the markets, there’s still an infinite level of uncertainty that investors need to deal with.