Today is back to school for most of the world, and although different populations have varying feelings about the best way to get the kids back on track to adulthood in the midst of a global pandemic, just about everyone that I’ve spoken with feels that it’s a good idea. Except the students.

It’s a bit funny how some things change rather drastically as you get older. Yesterday, I explained to my daughter that I don’t really like sugary candy anymore, and that these days, I prefer salty snacks.

What really seemed to cause a mini epiphany though was my forecast that as she grows older, her tastes are likely to change as well.

It seems the market is changing too. Take the return in my public eToro account for example, which is currently up 68% since the start of the year.

This is something that I’m extremely proud of, as it’s one of the best stats on a trading platform of over 11 million registered users.

However, it would be quite understandable for someone who is new to the market to be vastly outperforming me. In fact, I’d be surprised if at least some of you reading aren’t.

Ethereum is up 261% from January 1, Tesla shares have gained over 1,000% in the last 12 months, and YFI tokens are up 433% since they launched just three weeks ago. Mati Greenspan Click to tweet 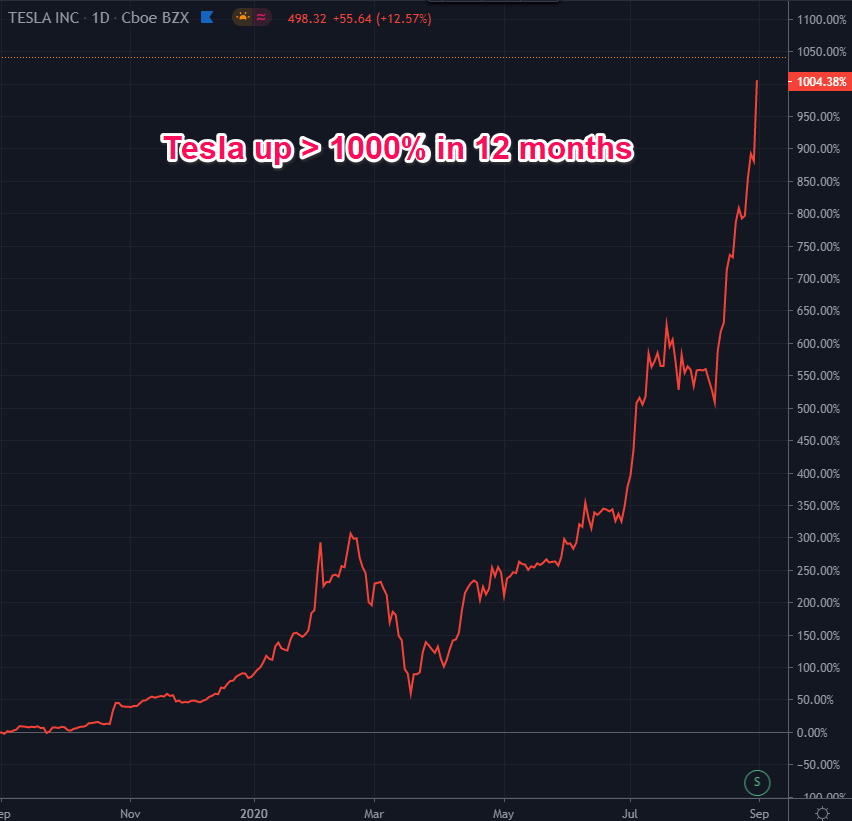 As I watch my 6-year-old devour an entire package of gummy worms in a single sitting, I can’t help but feel a little jealous of her metabolism, which is able to process it without risk.

And yes, the feeling is very similar to watching young traders who’ve never known a bear market yolo into a protocol. That sort of risk is not something I could physically make myself take on.

Rather, I feel content watching from the sidelines in amusement, hoping they don’t get too hyper and manage to handle the subsequent crash.

Of course, just as I’m writing the above, we get even more breaking news to drive the point home.

It’s definitely the smart move for Elon Musk, who is striking hard while the iron is hot, but I do fear that many young investors may not fully grasp the fine difference between a stock split and share dilution. Just as many still don’t seem to grasp that Tesla and SpaceX are two completely separate companies.

When you split a stock, you might not be adding any value, but when you add new shares into the mix, you’re definitely reducing the value of the shares that are already in the hands of Joe Public.

At least the new shares are likely to be introduced to the market gradually, and since the overall market capitalization of Tesla is currently $453 billion, what’s another $5 billion among friends?

The momentum of this headline alone is probably enough to raise the price per share by enough to cover the difference anyways, and what’s certain is that Tesla’s rate of issuance pales in comparison to the amount of new U.S. dollars being created.

Wind in their sails

The markets are doing great today as the U.S. dollar continues to fall against everything else. The usual suspects are leading the race too. FAANGM stocks are outperforming the rest of Wall Street, and ether is dominating crypto.

One can’t help but wonder whether the underperformance of bitcoin in this market is actually a further sign of it moving toward being considered a safe-haven asset. I mean, if all the risk assets are outperforming, then surely the property of stability should count for something.

In fact, an article discussing this exact matter was published this morning, with contributions from yours truly, in which the author talks about the main philosophical differences between Bitcoin and Ethereum. Make sure to read that here.