If you ever want to do something big without anybody noticing, do it on U.S. election day.

That’s been the mantra of world leaders for many years. The most notable instance the last time around was when Indian Prime Minister Narendra Modhi decided to demonetize the entire country and make all cash effectively illegal.

Most of the people in the West are still blissfully ignorant about that particular disaster of a social experiment.

This time around, the election was much more intense and long-lasting, keeping most of the media and people watching it busy for an entire week, and it’s quite refreshing to see the news flow returning back to normal.

Among all the top things that people may have missed, which include the Turkish financial system coming to the brink of collapse, Saudi Arabia’s credit score being downgraded to negative, China blocking a multibillion-yuan initial public offering (IPO) of Ant Financial, and a rumor that Russian president Vladimir Putin has Parkinson’s disease, the thing that I’m most excited to see this morning is this. … 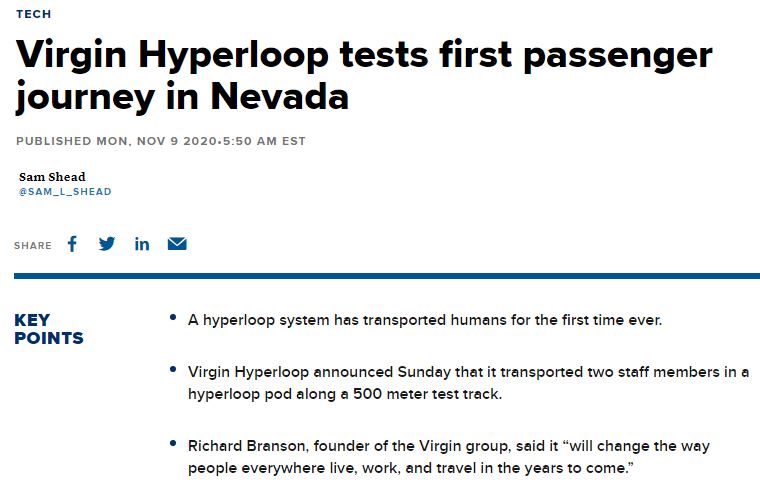 On second thought, they probably delayed this news intentionally, so as not to be drowned out by the elections.

But that doesn’t make it any less exciting. Like many of my generation, I still remember the first time we heard about the Hyperloop project from papa Musk in 2013.

From that time to this event, I didn’t realize that people are actually working on this, but it seems they’re making real progress.

It’s not that these new devices are any faster than, say a commercial airline, but I for one am looking forward to this newer, safer, clearer mode of transport, especially if the airline industry is about to crumble as COVID-19 reduces demand. We should at least have something ready to replace it.

The stock market is doing its best to catch up to bitcoin’s election weekend gains. Mati Greenspan Click to tweet

At the moment of writing, it seems bitcoin is even dipping a bit in order to rejoin her old friend.

Here we can see the two benchmarks since the beginning of November. 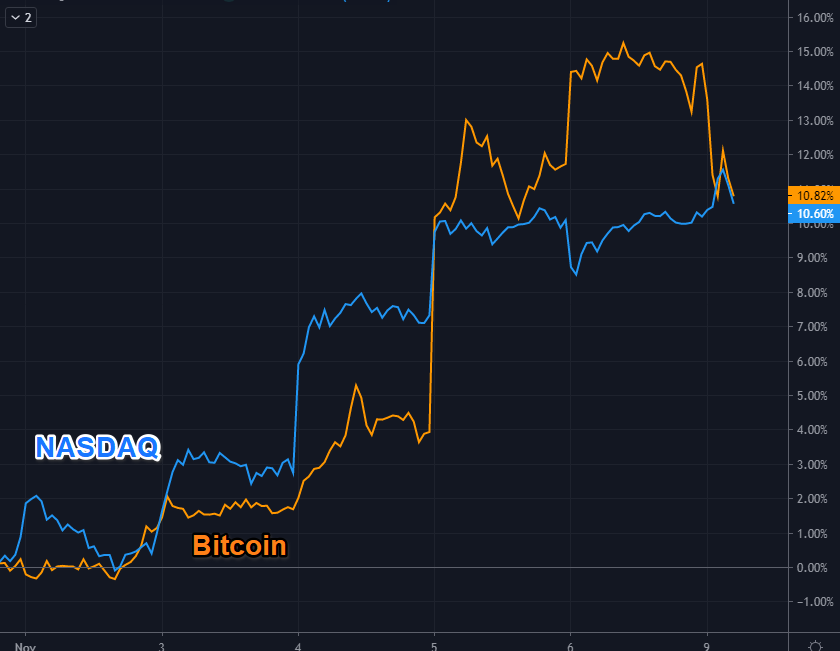 Gold is also falling today, basically giving back all of her election run gains and then some, currently testing old support at $1,850.

We may yet get some lower prices to join gold’s long-term uptrend at better rates. Crude oil is also doing something today with gains of 10% just a bit ago before retracing. 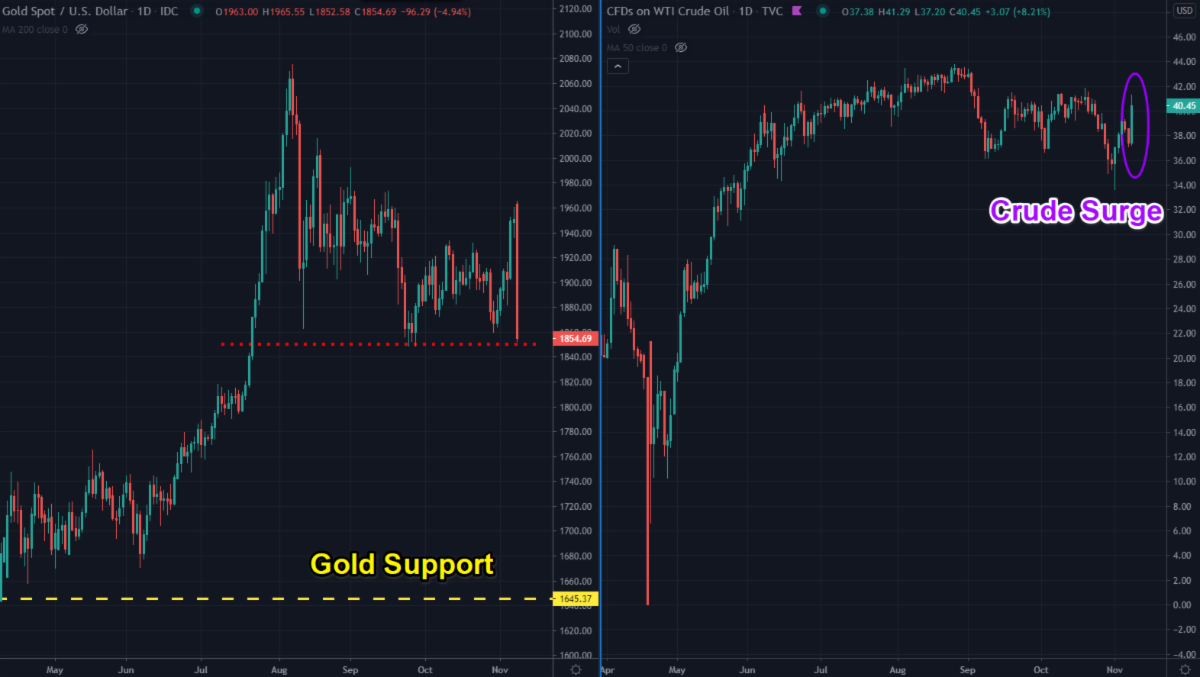 It’s not only that the U.S. has returned to what are perceived as safe hands and that tweetdeck diplomacy is seemingly over for the time being, but also that markets can now resume their usual activity in a generally positive atmosphere.

Even coronavirus now seems on the back foot with positive news about a new vaccine from Pfizer.

President Donald Trump doesn’t seem too talkative lately, but for once, his narrative is absolutely correct in saying that this election is far from over.

No, I’m not talking about the hundreds of conspiracy theories and fake news.

Though that stuff may be entertaining, I’ve done the math and the level of voter fraud they’d have to prove to sway this election and garner enough electoral votes by Dec. 12 is staggering. What I’m actually talking about is much more important.

I’m talking about Congress. As we discussed a month ago, it’s less important who actually controls the White House than whether that same party also controls Congress.

It seems like the Democrats are set to retain their control over the House of Representatives. The other half of Congress, the Senate, however, will apparently not be decided until Jan. 5.

It all comes down to two candidates in the state of Georgia, both of whom need to flip Democrat if Biden wants to hit the ground running with full legislative privileges.

Should that happen, no doubt, the amount of cash stimulus that will be poured into the global economy may only be compared to whatever economic miracle was responsible for the Tower of Babel.

Basically, bring on the money printing. …