One thing that I’m sure was on nobody’s mind when the pandemic struck was how they might take a tour of the Bank of Japan while maintaining social distance.

Nevertheless, as per their usual, the BOJ has provided a solution where it is least needed. Using this website, you can now go on a thoroughly outdated virtual tour of the most aggressive financial institution in the world.

In this shot, we can see the market operations room, which is responsible for brrrrrrrrrring up approximately 500 trillion yen over the last decade. I think those might be Apple II computers. … 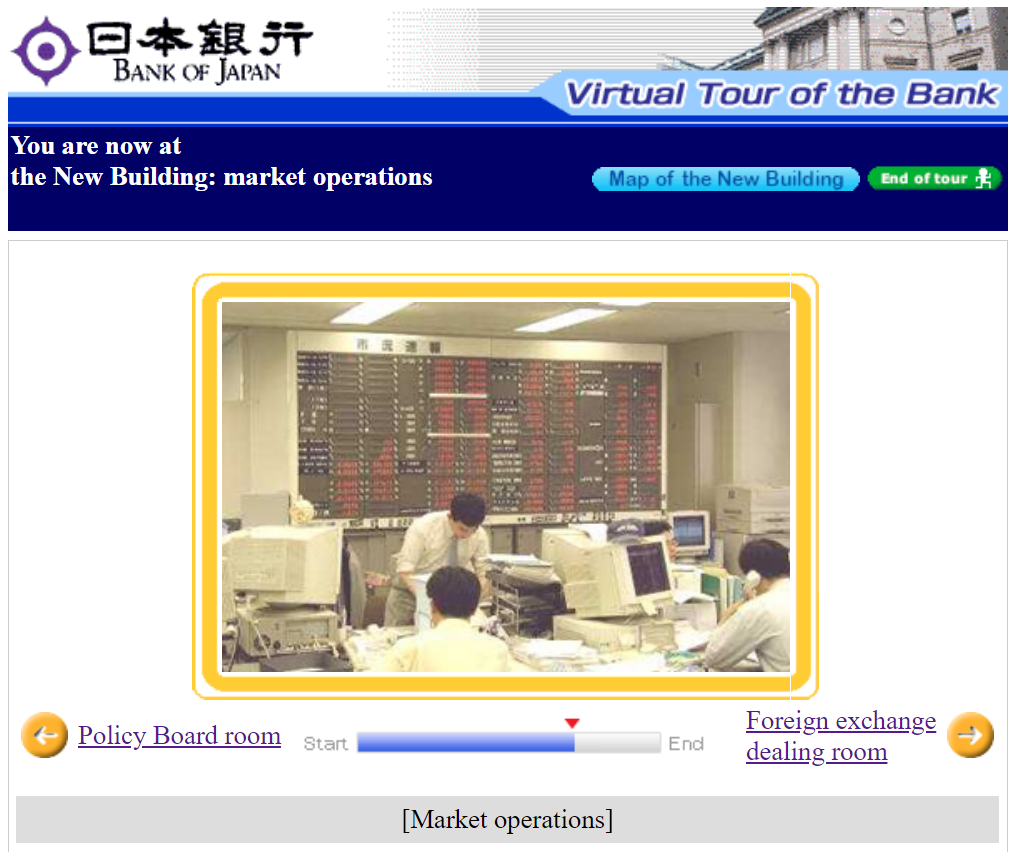 No such virtual tour exists for Disney World in Orlando, which is opening its doors today despite Florida smashing the previous U.S. new case record, with confirmed coronavirus patients reaching a gut punching 15,300 on Sunday.

For Disney, waiting for a vaccine is not an option, and this is really about adapting to the new normal. Unlike the BOJ, Walt is losing tens of millions of dollars every day that the parks remain closed, so this is really an existential crisis for Mickey and the gang. I know it’s unimaginable in this day and age, but Walt Disney Co. stock is actually down year-to-date. 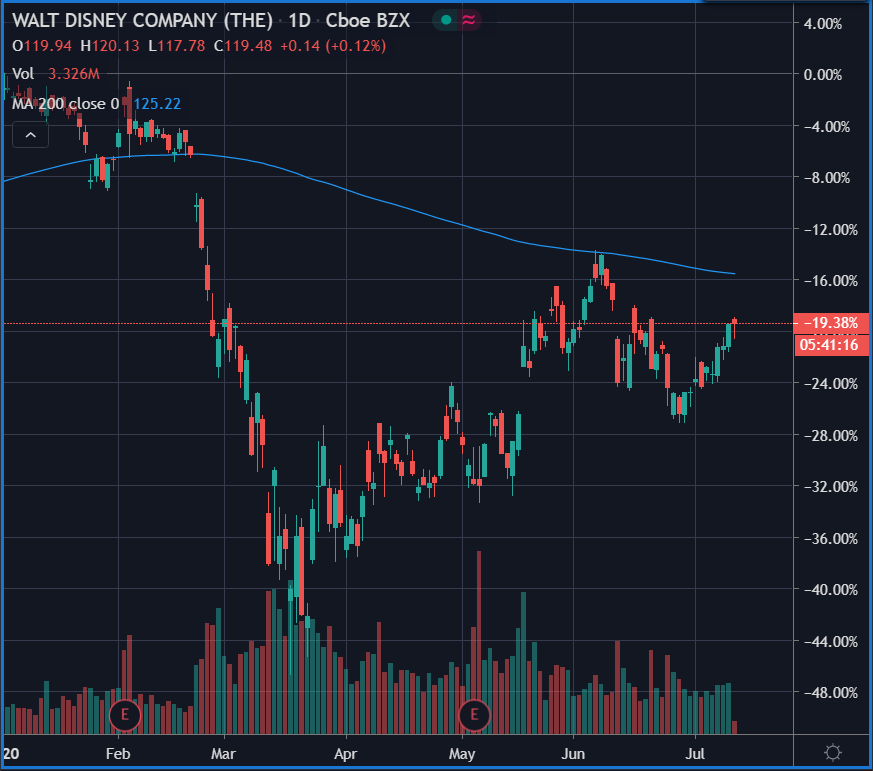 For others, getting along with the new normal is actually not so bad. An online grocery store, for example, is just the kind of business hoping for a permanent increase in market share and opportunities for expansion on the back of this tragedy.

Like any good technology startup, the company has spent the first eight years of its existence on external funding but now, thanks to coronavirus, they’re hoping to finally be profitable in 2024. But not without tapping investors for another $1 billion in order to fund their expansion from being a well-known name in the U.K. to having a presence in the wide-open U.S. market.

Catch the full story here, it’s quite telling of this side of the market anyway.

Meanwhile, the soft side of the market is about to reveal its underbelly, as second-quarter earnings season kicks off with the financials first.

Tomorrow before the opening bell, we’ll hear from JPMorgan Chase (blue), Citibank (white), and Wells Fargo (red), as we can clearly see the delinquencies and defaults are hitting them hard, and all three stocks are down substantially over the last year. 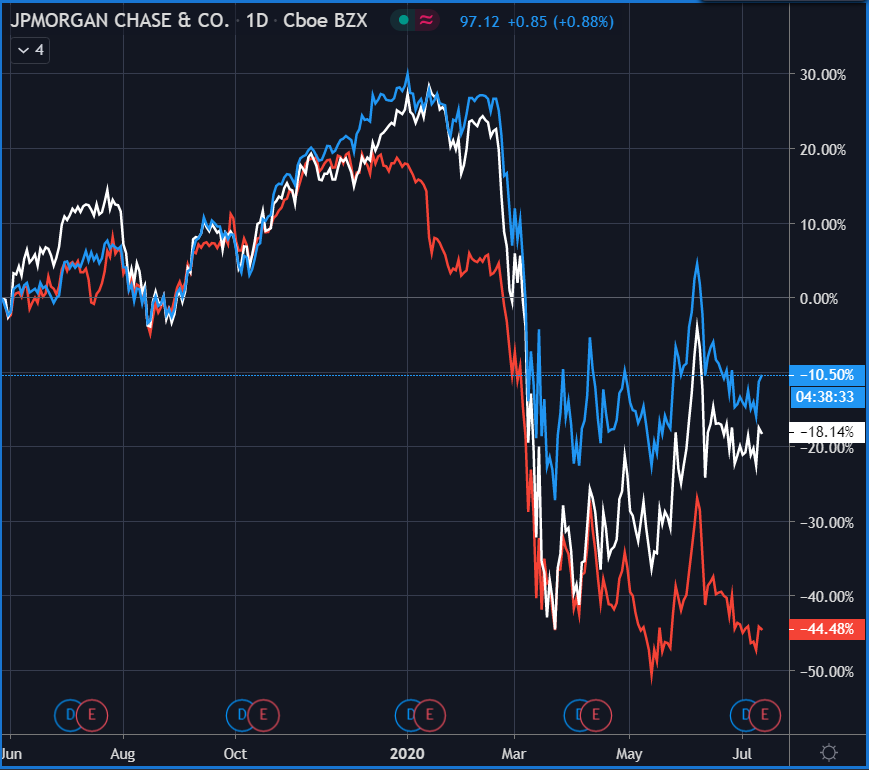 Most of the major stock indices around the world are up nicely, and the cryptocurrency market is no exception. Tesla is up 13% just two hours after the opening bell, so no worries there.

Even bitcoin, which has been trending flat for the last few weeks, is finally showing a bit of upward momentum on the charts. Altcoins continue to outperform, some of them in double-digit percentage gains already today.

Dogecoin, however, seems to be an exception, as the meme network is experiencing a bit of a hangover after the massive runup. Though now that it’s dipping and all the new users are in, it might not be a bad point to enter. At least as long as reality is in stasis, there isn’t any real reason not to make money in these markets. Just so long as you can get out before the crowd does. …

After all, if the new normal for the markets is all about the magnification of the Greater Fool Theory, there isn’t much reason not to sit in the great hot potatoe pit, just make sure you’re not holding it when the music stops.