Hope you’re having an awesome day so far. Very sorry for the late report today, but it looks like it was timely as we have some important, breaking news. 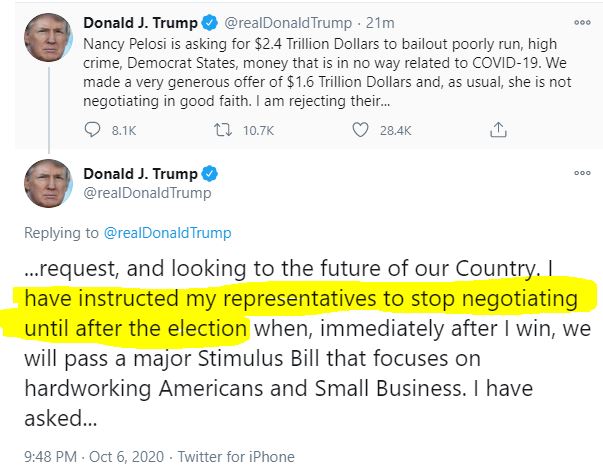 Instead of working on a stimulus bill, President Donald Trump wants Congress to focus solely on approving his Supreme Court nominee. This is a vastly different stance than what we heard from the president just two days ago. …

The market, for once, is reacting appropriately to the news, and major indices are down for the day. It’s not down massively so far, but the Dow Jones Industrial Average has fallen about 300 points already.

Hopes of a new fiscal stimulus package from Congress were a major component of the bullish market case. Now, like so many other things, the fate of this proposed package has been plunged into uncertainty.

Uh oh. It looks like bitcoin’s independence from the traditional markets has also been thrown into question after this last Trump tweet. As we can see, even though it’s not a very large move, the timing of that latest dip is certainly relevant.

Here we can see today’s price action on both bitcoin (orange) and the Nasdaq Composite Index (blue). The drop near the right side of the chart was around the time of the tweet, but what’s even more conspicuous is the pop on the left, which occurred at yesterday’s NYSE opening bell. 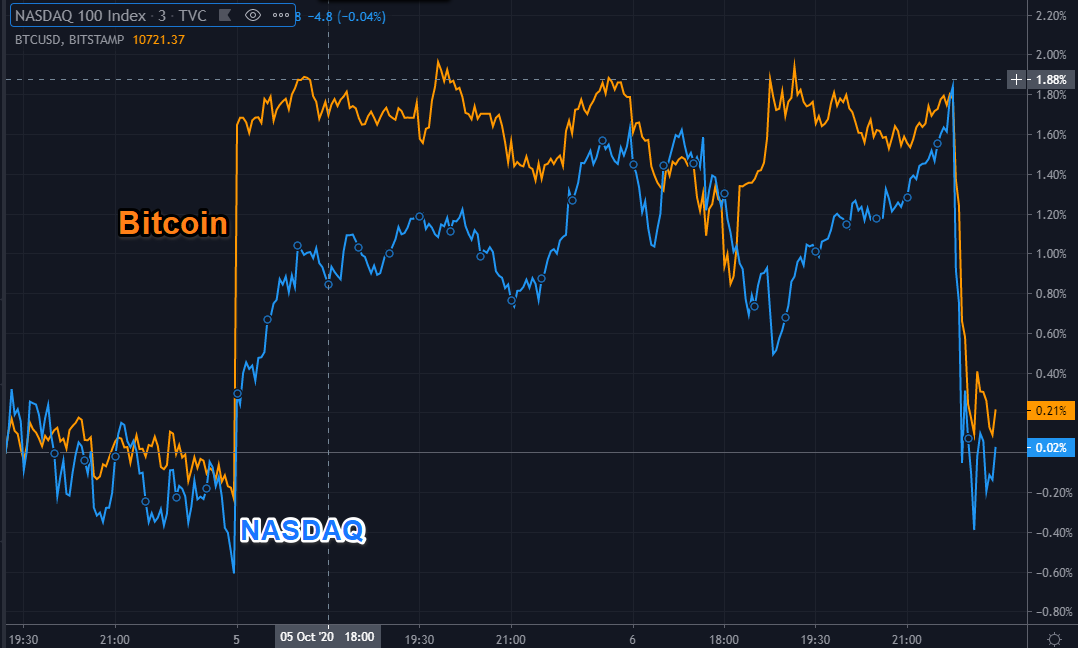 On super long-term charts, bitcoin has always been somewhat related to the stock markets, behaving as one might expect of a high-risk asset, especially reacting loosely to the addition or removal of stimulus from central banks. Mati Greenspan Click to tweet

As we see increased participation from institutional traders, this relationship is becoming ever more apparent on the short-term charts as well.

Big picture though, today’s move is rather insignificant for both assets. The markets are still in a consolidation pattern where we can see volatility rising while price ranges narrow.