For those of you celebrating today, I’d like to wish you a very happy Columbus Day. If you’re in one of the 15 states or 130 individual U.S. cities that has decided to ditch Columbus, happy Indigenous People’s day. If you’re like me, outside the U.S. and/or you just don’t care, happy Monday.

Either way, U.S. banks and the bonds market will be closed in observance, but it seems like as of this moment, there is plenty of liquidity in the broader markets. Meaning, it’s on like Donkey Kong.

Although, as we’ve seen with other major holidays, there’s always the possibility that things can dry up toward the end of the day. Most market makers make this type of decision at the last moment, so don’t blame me if your broker closes up early.

For those of you in the U.K., very sorry to hear about the increased restrictions. The virus continues to hamper social and economic activity across the globe, and it’s quite clear that we’re not out of the woods just yet.

The crypto market on the other hand is 24/7 and doesn’t close at any time for any reason, even though we have been seeing a distinct lack of volatility when other markets closed over the last few months. At least crypto traders are already accustomed to low-liquidity trading environments.

For those of you wondering just how the virus has impacted different parts of the economy, we came across a graph this morning that really does a great job of helping us visualize the lopsided recovery. 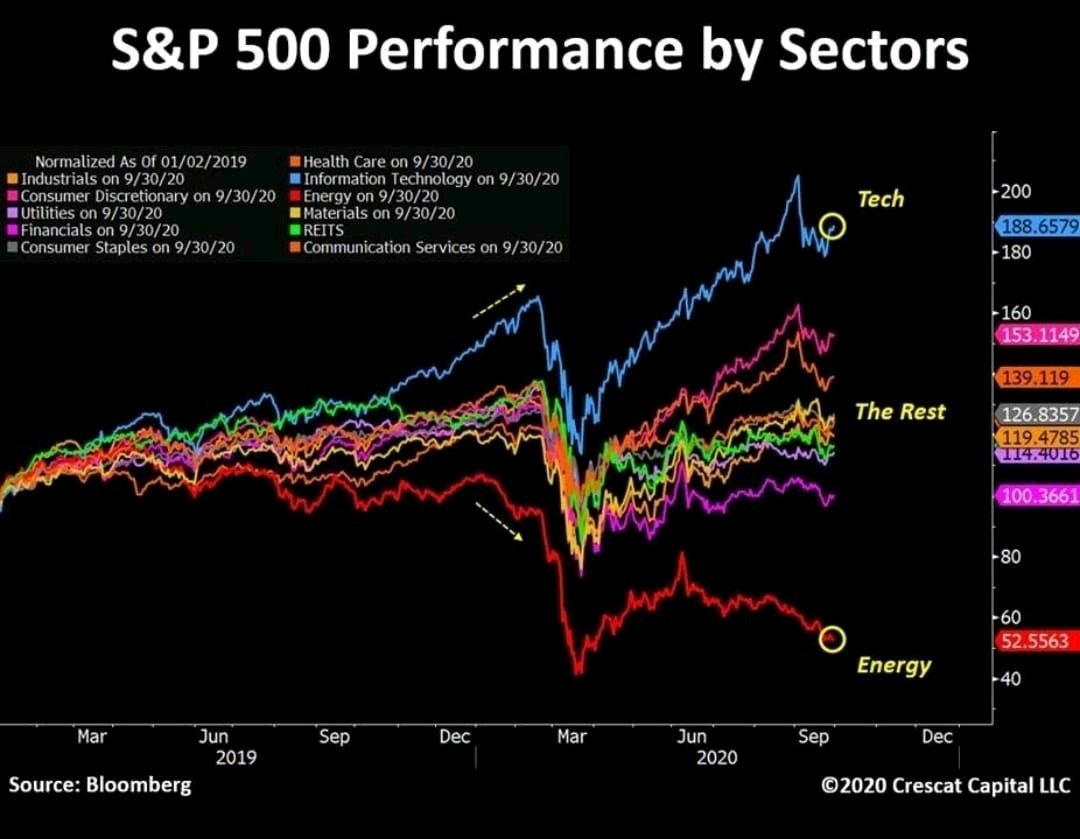 The huge disclaimer on this graph is that it’s showing equity prices, which don’t necessarily reflect what’s happening in the real world. But, it does give us a good idea of the various sectors and how they’re performing.

For now, let’s just ignore the elephant on the chart. That energy sector is just ouch, which may just be a good thing for Mother Earth. Let’s instead look at the second-worst performer, in fuchsia on the graph, i.e the financial sector, whose poor performance may incidentally also be good for the world.

No doubt the expectation that due to the virus, many corporations and private citizens will likely be delinquent on upcoming loans, has caused a massive write off for the industry.

It’s a bit strange, though, that investors aren’t looking past this, as they are in other sectors and taking a long-term approach.

My guess is that with the new regulation regime spearheaded by Acting Comptroller of the Currency Brian Brooks, which many analysts have been dissecting these past weeks, FinTech startups and blockchain projects may indeed be out for Wall Street’s lunch, and investors are only beginning to price this in.

One section that we have a keen eye on right now is the rise of Decentralized Finance.

On a separate note, Q3 earnings season begins tomorrow with a bullet. The Financial Sector will be the first in focus.

The chances of further U.S. fiscal stimulus before the end of the year are dropping by the hour. Mati Greenspan Click to tweet

Even though it has been taken for granted by many market analysts, who’ve been using it as an excuse to drive stocks beyond justifiable prices, the lack of stimulus doesn’t seem to be hurting markets, which are rising by the minute.

The tech-heavy Nasdaq is up 2.5% before lunch, and is now a mere 3% away from a new all-time high. It’s worth noting that volumes are light, so it will be interesting to see if the movement is sustained tomorrow when markets are in full-swing. The index has now doubled over the last three years. 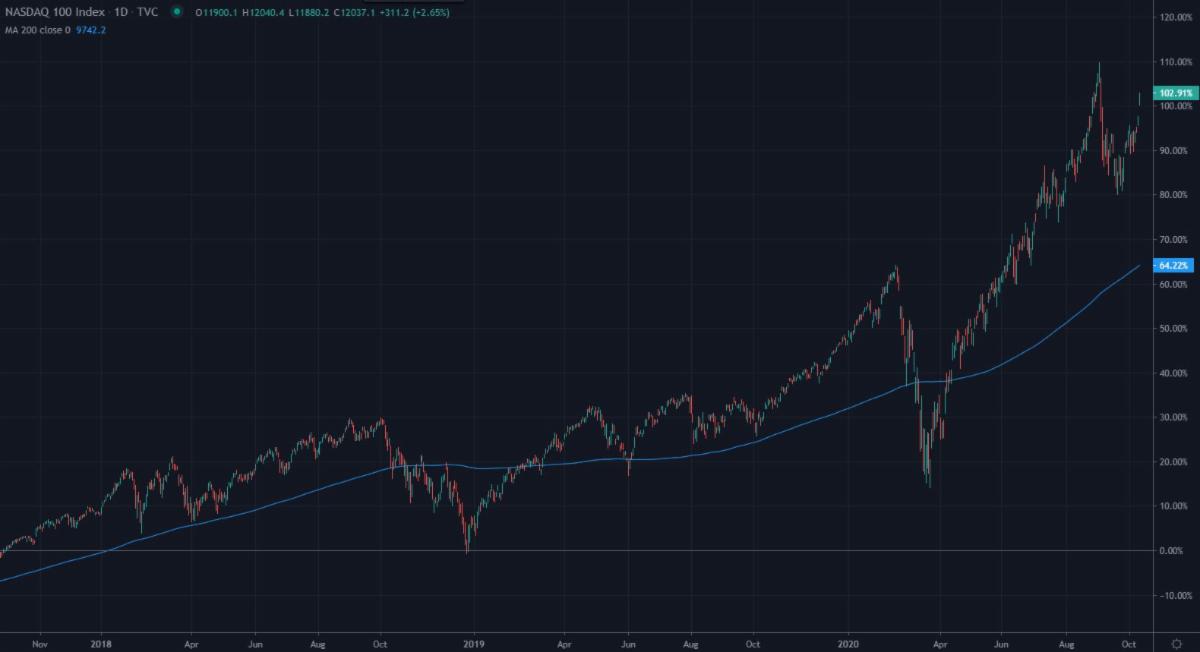