As I’m writing, I have J-POW in my ear talking about the most sudden economic downturn in history in his sweet, humdrum voice. At the same time, I am watching Twitter for running commentary from the people that I follow.

What’s most interesting to me is the way that bitcoin is taking an active role in this conference, and for the first time ever, is actually reacting in real time to the event, spiking up on mentions of additional stimulus and selling off when the Fed spoke about normalization.

In fact, out of the four primary assets that I’ve been watching throughout the event, bitcoin has by far been the most volatile, with a surge of 2%, followed by a plunge of 4%, only to retrace back to where it started. There’s no doubt in my mind that these price movements represented a direct response to the Fed this time. It’s been steady for days, and now suddenly it’s Speedy Gonzales. 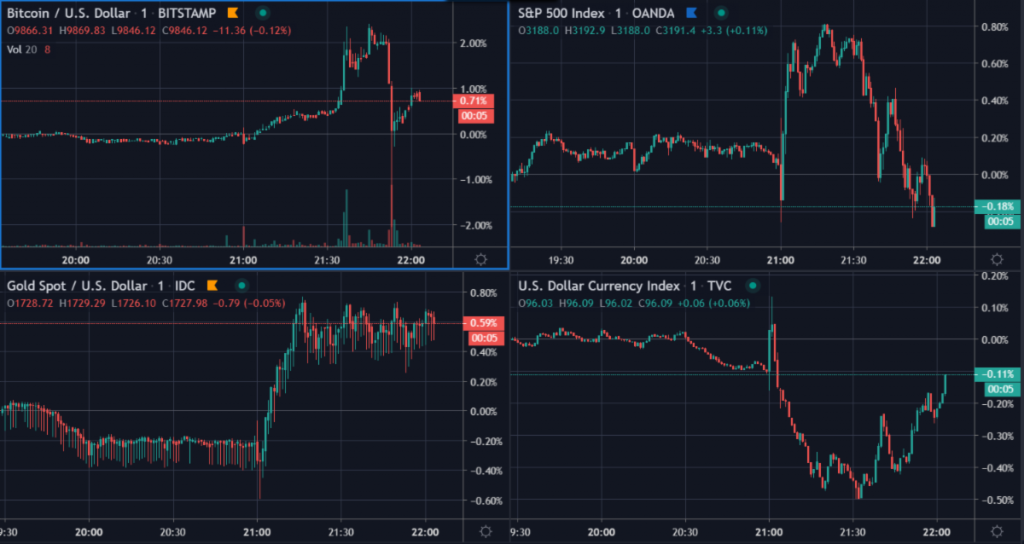 Looks like until now, all the initial moves have been reversed. Except gold, which is somehow managing to hold onto its gains.

Front running the Fed today was a conference with Treasury Secretary Steven Mnuchin, who seems quite adamant that more fiscal stimulus is on the way.

The Secretary’s testimony was much less anticipated, but no less significant. The Fed’s magical power really starts and ends with the financial markets, and it really doesn’t have all that much direct power over the real economy.

The Treasury, on the other hand, has done its best to try and hold the economy up on its shoulders during the lockdown period, and it seems like its support will be critical during the recovery.

That’s not to say it’s not doing real damage with the amount of money it’s “pumping” in, but that will be future America’s problem. The national debt is now on the cusp of breaking $26 trillion as the brrrrrr continues. 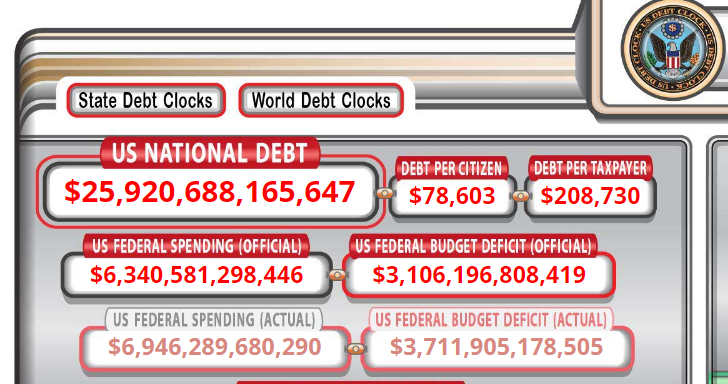 Well, the Fed is off the camera now, as the zoom-conference has come to an end. Overall, I’d say things went rather smoothly. There were a lot of tough questions about wealth inequality and the detachment of the stock market from the economy, which Powell managed to cunningly dodge.

Stocks and bitcoin are flat on the day, while gold is up and the U.S. dollar is down. Really though, it’s not what they say on the stage, but what they do in real time that matters.

Taking a look at the size of their balance sheet, it’s pretty clear that as of last week, the pace of brrrrrr may have slowed a bit, but it still looks like a straight line up on the chart.

The 2008 response looks like a minor speed bump by now.

The Fed can’t tell the future, and they’re glad to say as much. But whatever does happen, we can be quite assured that the printing presses aren’t getting any rest tonight, nor any night for quite a while to come. Mati Greenspan Click to tweet