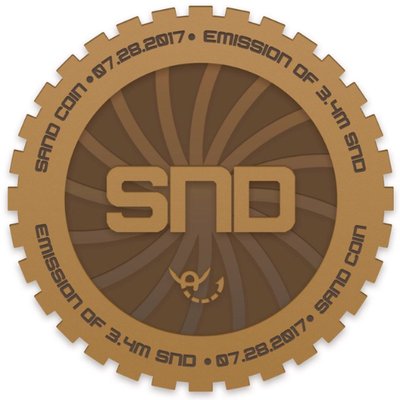 SAND COIN is a blockchain derivative based on a real product. The goal of the project is to raise funds via a blockchain system and an ICO to develop a sand quarry in the Moscow Region. Through creating a real product-based blockchain option for a low price and issuing SAND COIN, which includes entering the cryptocurrency market and subsequent buyback, SAND COIN offers a profitable asset to interested investors.

Sand is not an attractive investment vehicle. With sand being a major component of the planet’s crust composition, it is difficult to imagine a rarity of the substance. The last major move to create an investment instrument based on sand, which was based on the demand for hydrofracturing sand during the fracking boom, collapsed when pricing fell this year.

Despite this, high-quality construction sand is in demand. High-silica sand is not only essential for glass making, but also as an aggregate for concrete. The quality of the sand used has a direct correlation to the strength of the final product, which has led to a bidding war for high-quality sources. This, coupled with growing concern for the environmental damage sand quarrying can cause and the major construction boom currently occurring in Russia and throughout Asia, has marked sand as a critical future resource.

Aiming to get ahead of this potential boon is SAND COIN, which seeks to raise funds to build a sand quarry in the capital region of Russia by selling an altcoin that is tied into the real-world price of sand.

Per the SAND COIN whitepaper, “Moscow and the Moscow Region are one of the most ineffective areas in terms of transportation infrastructure and logistics. Millions of people are constantly faced with congested highways and motorways, which influences business development and the ecological situation in a negative way.”

“There was also made a decision to demolish old and unfit residential property within Moscow, with plans to build new modern housing units in place of the demolished ones. This plan was endorsed by President Vladimir Putin. There are plans to build 60 million square meters of new housing.”

The SAND COIN team consists of:

The team claims more than fifteen years of experience in construction in road building, residential development, and with state-owned construction companies.

A SAND COIN initially represents the estimated cost to mine a cubic meter of sand from the proposed quarry. Estimating a market price of $5.30 for the same cubic meter of sand, the SAND COIN team projects a growth in value per coin. There will also be a buyback for SAND COIN, which is scheduled for July 2018. Investors will be able to exchange their SAND COIN for the value of a cubic meter of the mined sand, creating a floor for the minimum price of SAND COIN.

The projected quarry is on a lot 109 hectares in size, 60 kilometers from Moscow. The quarry will be 90 hectares with the sand mined via water extraction. It is estimated that the quarry holds 14.4 million cubic meters of sand, which will be exhausted in 13.5 years. The depleted quarry will be reclaimed for fish farming or other economic purposes.

The team has plans to open new quarries, should this proposal prove successful. It is projected that development of the second quarry will start in 2020.

Prior to the buyback, there are no cash out options for the coins.

While Pichugin has been vocal on social media, the other members of the team have virtually no presence on social media. The ICO, however, does have its own active social media identity (Facebook, Twitter, GitHub). The team’s GitHub page, which shows the development of their smart contract package, has been watched three times, with no reviews or reported issues. The software has not been forked or cloned.

The potential of an altcoin based on a real-world, high-demand commodity offers the ICO market the possibility of a stable position, similar to gold in the traditional stock market. Such hedge positions have been lacking in altcoin investor portfolios, lending an undesirable air of unpredictability to investment portfolios. Commodity-based positions reduce the risk involved, while still offering investors the potential for both speculation and long-term position placing.

With this particular position, however, there are risks. The management team has no noted experience in mining or in commercial sand. The social media presence does not suggest a great willingness to share details of the project besides general spin, and the technology behind the ICO is neither revolutionary nor unique. It is completely feasible for another quarry to borrow SAND COIN’s idea wholesale and place itself as a direct competitor to the altcoin. If SAND COIN is successful, this is most likely to happen.

SAND COIN’s successful pre-ICO and healthy ICO sales – half of all available SAND COINS are sold as of the writing of this blog – suggests that the ICO’s offer to buy back half of the outstanding coins at the cost of sand at that time may be enough of a safety net to accept the risks. This ICO may be interesting as this is one of the first ICOs to offer a non-precious commodity as the backing of its ICO. If this ICO succeeds, it may be the first of many altcoins that deals with “futures” positioning of commodities, opening a new line of altcoin investing.

As it is now, however, this ICO is a risk, as are all ICOs. The potential investor should move cautiously and perform due diligence before investing.

You can subscribe for free email updates on the SAND COIN ICO here. And for more information about current and upcoming ICOs, subscribe to Bitcoin Market Journal today.