“In every generation a man is obligated to feel as if he himself has experienced the exudes from Egypt.”

This is one of the core principles of the upcoming holiday of Passover that Jewish people across the globe will celebrate tomorrow. It’s the very reason that we embrace strange customs like eating herbs that are so bitter they make you cry, drinking four full glasses of whine, and of course the famous flat bread known as matzah.

Though I will never ever understand what it must have been like to grow up as a slave to the Pharaoh of Egypt, after 25 days of quarantine, I’m definitely starting to yearn for freedom.

The number of new cases is finally seeing a much-welcomed decline and the markets are certainly celebrating. However, it would seem imprudent to start lifting the lockdowns lest we see a second wave. So, we remain in isolation and the economy in its current diminished state for the foreseeable future.

Please note that there will be no BMJ Newsletter tomorrow or Thursday, and we will resume on Friday as usual.

As mentioned above, the data does indicate that quarantines are doing their bit and after about two weeks, nearly the entire planet has been on lockdown and the number of new confirmed cases does appear to be in decline. 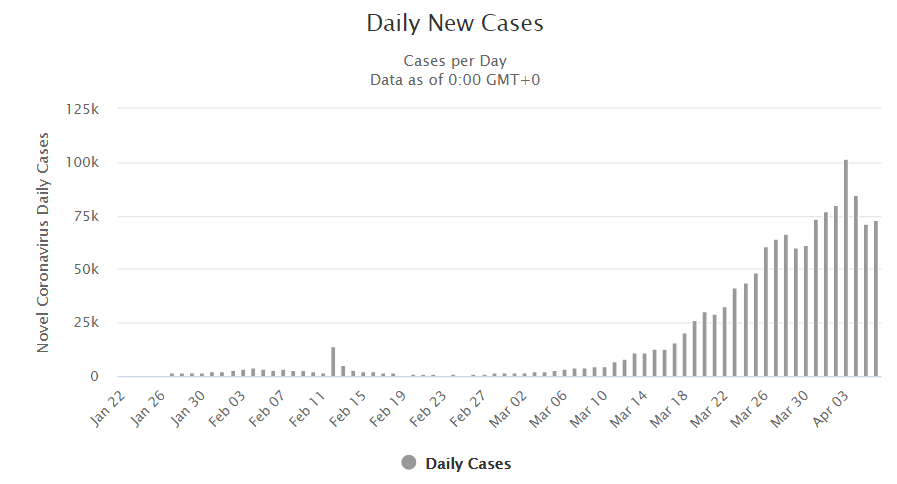 For the markets, the massive levels of optimism were really surrounding the situation in New York. It’s not necessarily about the new case numbers though, since those don’t look all that great at all. It was more about three graphs showing declining hospitalization numbers that Governor Cuomo highlighted in rapid succession during his daily briefing .

So we saw a massive rally yesterday in the stock market. Gold, bitcoin and crude oil also rose quite a bit. Lately, what we’ve been seeing instead of a casual risk on/off dynamic that markets are familiar with is more of a U.S. dollar strong/weak sort of environment.

When the greenback is weak the rest of the assets are partying, and when the buck is strong, everything else cowers in comparison. Mati Greenspan Click to tweet

Here we can see the Dow Jones in blue and king dollar in green. As we can see, they’ve been dancing in reverse-sync for nearly a month now since March 9th. 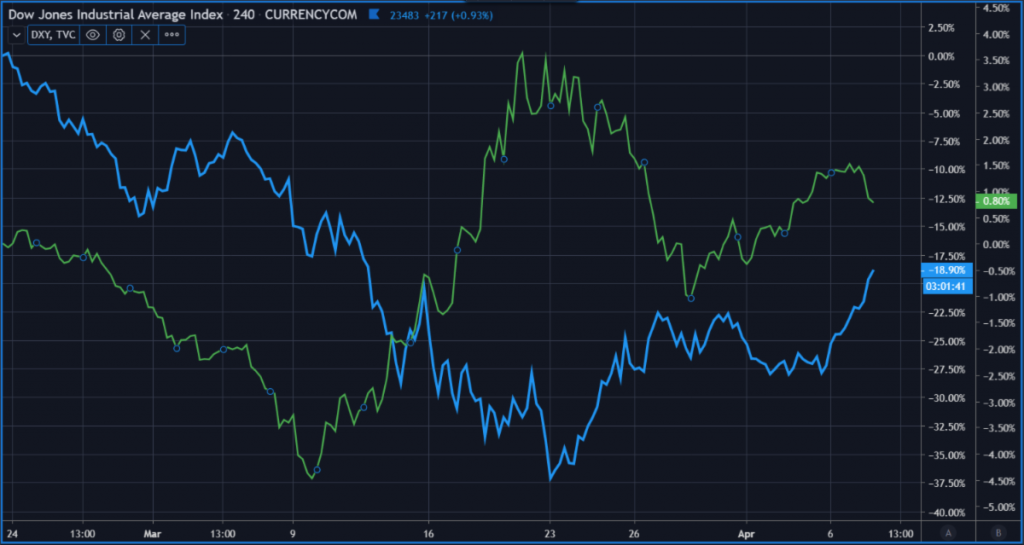 One of the industries that has likely seen an uptick over the last month is online trading. Trading platforms tend to do well whenever there’s volatility in the market. Mix that with the fact that people are now stuck in the house and have little better to do than surf the internet and ride the market waves, and many platforms may be on track for their best quarter ever.

Don’t believe me, just check google trends for the search term “day trading” and you’ll see this rather revealing graph.

As far as businesses that are adaptable, they really stand out as well. Though some might have used the opportunity to cut costs on rent and perhaps some dead weight employees, it really doesn’t take a large effort to get the entire staff to work from home for these kinds of online businesses.

Plus 500 has just released some forward guidance showing one of their best quarters on record. eToro has also given us a unique peak into their data showing not only a massive increase in trading activity, but also an interesting glimpse into what their clients are trading. 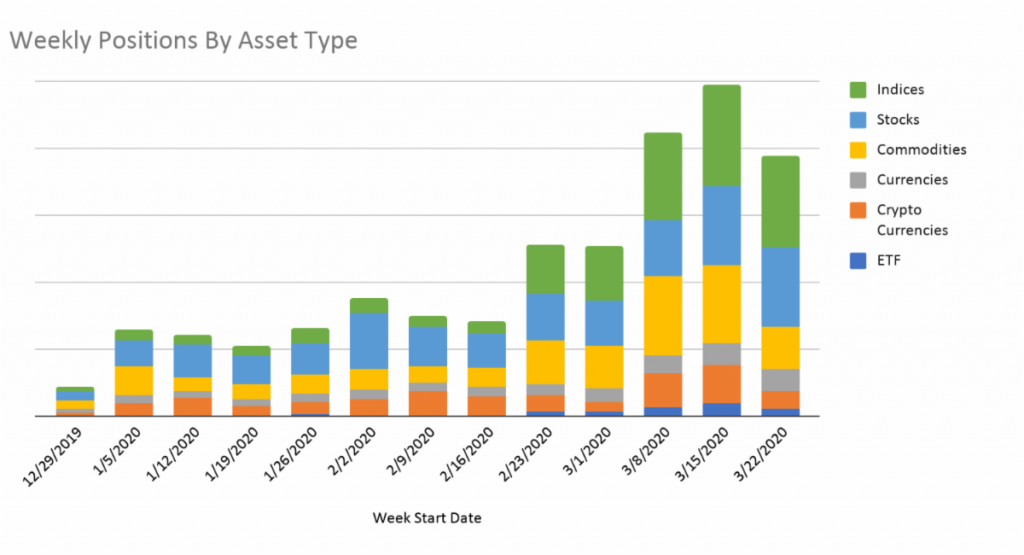 In short, as stocks are zooming higher and we look to earnings, it’s important to remember that even though stock prices for several of these brokers are way down with the rest of the markets, they’re actually making a lot more money.

We hope you enjoyed this edition of the BMJ Newsletter. If you’re a first time reader, make sure to subscribe now so you never miss an episode. If you’re already subscribed and reading regularly, feel free to share this message with anyone who may be interested.