Finally, the year 2020 has delivered a fantastic surprise. The fact that all the massive surprises so far this year have been historically dismal only makes this news that much sweeter.

Stocks are flying in response to this fantastic jobs report, and the recovery rally that seemed to be fading over the last few days is now being extended.

Many people have already asked me how it’s possible that the monthly job numbers have gone up in May when all of the weekly unemployment data was terrible. Unfortunately, I don’t know the answer to that one. I have posted the question on Twitter, but haven’t heard a good explanation as of yet.

Not to look a gift horse in the mouth of course, but it does seem like the problems afflicting the U.S., economic and otherwise, are far from over. Despite what’s happening in the markets right now, a 13% unemployment rate is nothing to celebrate.

No doubt the jobs that have been added last month are the ones that were easiest to restore. We’ve still got a long way to go before returning to normal levels. 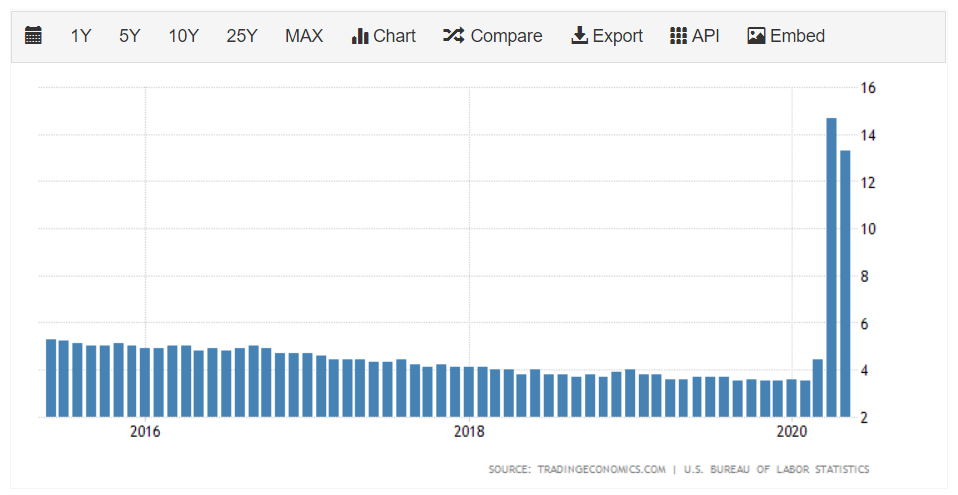 With much of the country still in lockdown, mass protests and unrest across the country, and an election coming up in November, I’m quite certain that we’ll be getting more volatility in the markets over the next few months.

The Dow Jones Industrial Average is up 2.5% as of this writing, and it’s only an hour after the bell. So clearly, investors are excited about the latest jobs figure. To be fair, I did tell you in yesterday’s update that this number would be significant.

In this graph of the Dow, the candles are set to one day, so the last green candle on the right is today’s action. 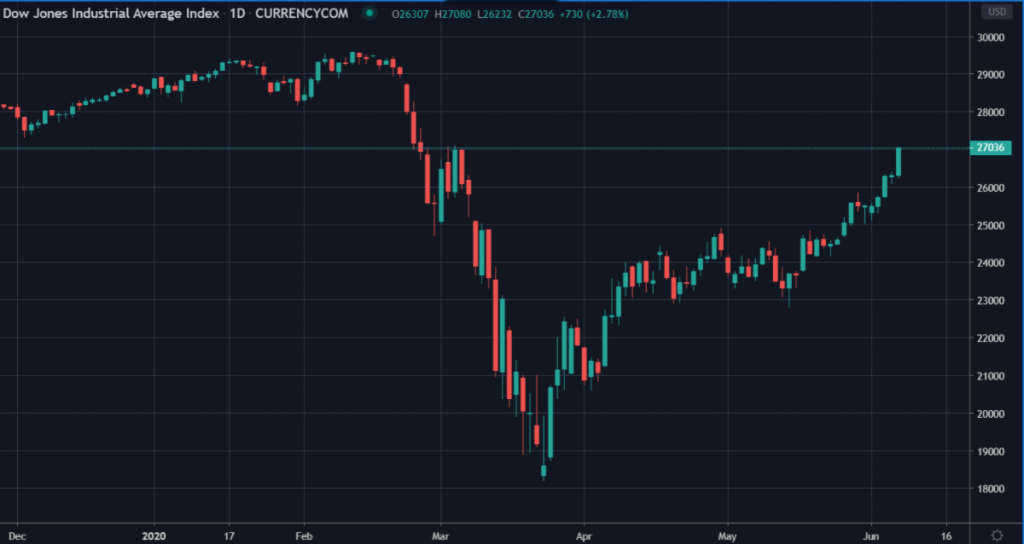 Unsurprisingly, gold is down today, as the money rushes from the safe havens toward the more risky stock markets. For the sake of continuity, this graph shows daily candles as well.

As we previously stated, QE will be looking to add to our gold positions only after a more significant pullback, when the precious metal is somewhere in the neighborhood of $1,520. 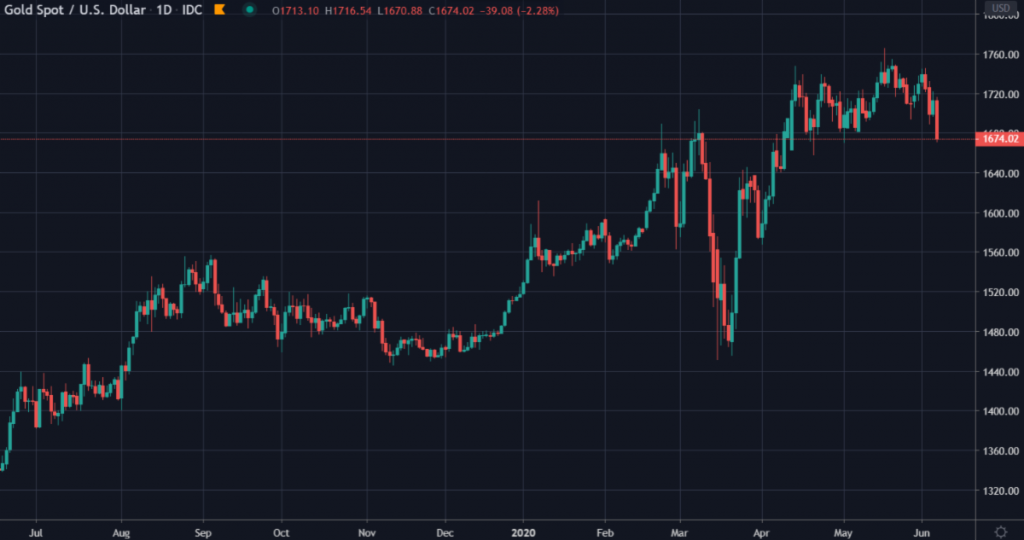 For the moment, the massive stimulus, which according to estimates is totaling about $14 trillion since the start of COVID-19, has not really circulated through the economy, and so inflation remains subdued.

Once people get back to work and start spending again, then the velocity of money can pick up and do its thing. So until then, hedging inflation doesn’t really make sense.

Did bitcoin just react to the wonderful jobs data?

Well, the answer is we don’t know. Looking at the short term data, we can see that bitcoin did in fact make an upwards move at the time of the news (purple circle), just as the stocks did. However, bitcoin’s move was well within the range and it’s really difficult to tell if there’s any causation happening here from this graph. 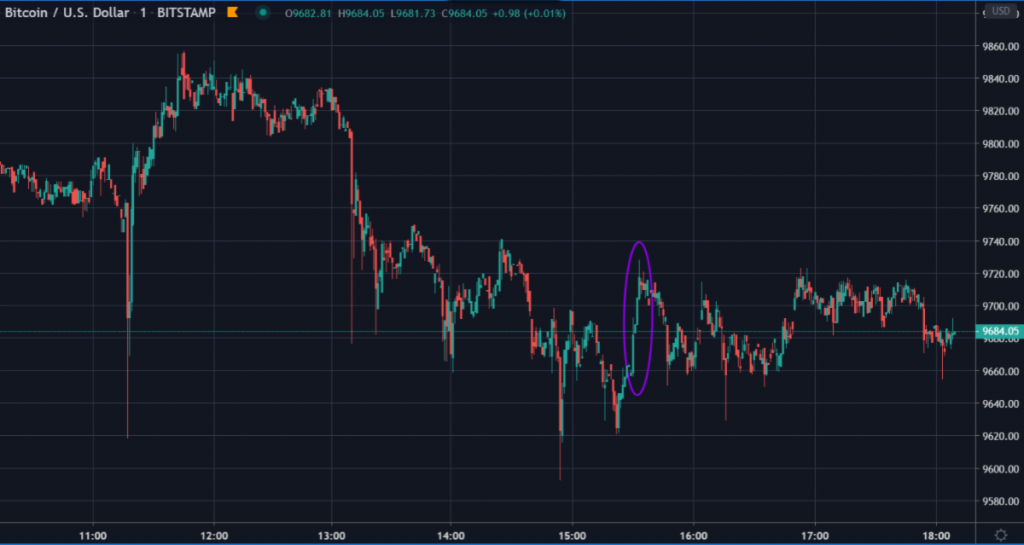 Long-term data suggests that the correlation between crypto and the stock markets is still elevated, as it has been since the start of the crisis. Mati Greenspan Click to tweet

Here we can see bitcoin’s 90-day correlation to the S&P 500 over the last few years. The measure is currently reading just under 0.5. Even though this figure is extremely high for this particular market, it still does not indicate a particularly significant relationship. It’s also come down somewhat since the start of the crisis, but is nowhere near previous norms.

My feeling is that over the last year or so, we’ve been seeing increasing involvement from institutional players, both in terms of volumes and also new structured products hedge funds can use to access this market.

The more big money is involved, the more managers of large portfolios will see it within the context of the traditional markets and use it as a tool to hedge their investments, which seems most likely to only increase the correlation from here.

Guess we’ll need to give it more time to see how it plays out.