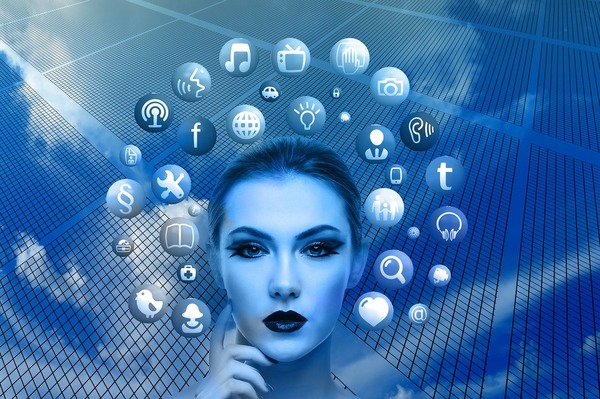 Peerity is a social connection and activity platform that aims to connect individuals, and organizations together. On February 1, Peerity will launch its initial coin offering. The company’s goal is to build a cryptocurrency for social networking with which it will reward people who create content on the Peerity network.

The offering will run until March 2. It is the second ICO on the Peerity system, with the company having already offered a “token pre-sale” in November 2017. Interested readers can find out more, including how to participate, at the company’s sale page here.

The goal of Peerity is to answer a problem that social media has created. Users on networks like Facebook, Twitter, Instagram, and virtually every other form of social media create the product on which these companies survive, but users never see a dime for their efforts. If a popular blogger drives thousands of people to his Facebook page every day, this writer does not see a dime of the additional advertising revenue Facebook generates.

Peerity aims to fix that. The company has created a social media style platform on which users will create and publish original works. As someone’s work becomes popular, the network will reward them with proprietary PEER tokens. These tokens work as an internal currency. Users can spend them on other content, tip creators they particularly like, use them to hire other users or, ideally, sell the tokens for currency that they can spend offline.

The creators have described this as a way to put the rewards for content back in the hands of creators. If successful, they envision it being an effective way for someone to immediately start making money off of his or her passion. A writer who started publishing to Peerity could begin seeing rewards right away both from other users and from system-generated tokens rewarding his or her work.

Based on that model, Peerity will face more critical mass questions than most cryptocurrencies. Not only will they need enough demand for the PEER to sustain the token’s value, but they will also need enough participants in their social network to get those tokens into circulation.

At the same time, however, the ability to spend PEERs within the Peerity network creates a potential built-in market for the token. If they can build a vibrant community of artists and creators, PEER tokens will have an economy backing up their value. Anyone who holds one will at least be able to purchase art or digital content, even if they cannot spend it anywhere else. If successful, this could create a factor that helps stabilize the value of a PEER token.

The company is led by cofounders Tuan Pham Anh and Jan Sechts. Neither is particularly well known in the business community. According to Sechts’ LinkedIn page, alongside Peerity he runs a company called Jandy Infomedia Limited which he began in 2013. Little information is available about this company aside from its Hong Kong registration, confirmed active status, and association with websites such as ThinForever.me and the defunct YourHealthy.Menu.

Tuan is a career developer whose Peerity bio says that he co-founded MetaCloud Limited. According to Wired, the company MetaCloud was founded by Steve Curry and Sean Lynch. MetaCloud Limited (to the extent that it ever existed) appears to be a different company entirely, one which adopted a name nearly identical to a far more successful firm. The link in Tuan’s Peerity bio also connects to the wrong LinkedIn account. The correct page is above.

Peerity’s website also claims involvement from seven staff members and a five-person advisory board. However, as a threshold matter, the lack of attention to detail in even the brief biography paragraphs published by both co-founders is a subject of concern, as is their relationship to multiple potentially dubious companies about which little public information exists.

Peerity will use a token called the PEER. Users will be able to use it on the company’s social network to conduct transactions and reward content creators.

Each time a block is created, the Peerity network will create and distribute new tokens. According to the project’s whitepaper, the precise amount created at any given time will vary based on factors such as “blocktime, site-wide activity stream, and the amount of volume on the transaction ledger.” The project will aim for an approximate token creation rate of between 0.5 and 1.5 tokens per second. This flexible rate of creation, along with a supply that is based on user activity rather than a pre-determined cap, are two of the factors that the project hopes will keep the PEER’s price stable.

According to the project’s whitepaper, it will aim for an approximate yearly supply rate of between 15.7 million and 47.3 million new tokens.

Peerity hopes to raise $25 million through these combined sales.

The company intends to go live, according to its publication, in “late 2018.”

The Peerity blog has not been updated since August 27, 2017. Its Twitter account has not posted anything since November 13, 2017 (prior to which it was quite active). The company’s Facebook account has not posted anything since November 15, 2017. Two members of the team do not have headshots on the company’s staff page, and it does not appear to have published any information about the results of its early offering in November.

At the time of this writing, no substantial third parties had reviewed either Peerity’s code or its design concepts.

Peerity is a project based on a known flaw in the social media model. Its whitepaper addresses the issue of currency price stability through supply controls, and its concept of a token-backed marketplace of artists and creators has both utopian and pragmatic value.

However, there is much to be concerned about with the personnel and practices of this young company. It would be too far to say that Peerity’s staff has a questionable past; however, the chief accomplishments of its co-founders do not inspire confidence. A lack of attention to detail plagues many aspects of both the website and the central design, and all channels of public communication appear to have shut down midway through the company’s early coin offering in November.

Investing always demands caution and a willingness to lose the money you stake; however, in the case of Peerity, potential investors should take that advice to heart even more so than usual. Anyone interested can learn more about the ICO on Peerity’s Crowdsale page here.