To say there’s too much money floating around at the moment would be the understatement of the year.

We can see it in the incredibly high valuations in the stock market overall, which is trading at about 40 times its price-earnings ratio.

Alternatively, we can drill down to specific companies like Tesla, which even after the recent dip, is still trading at more than 1,000 times the value of what those shares are actually worth. 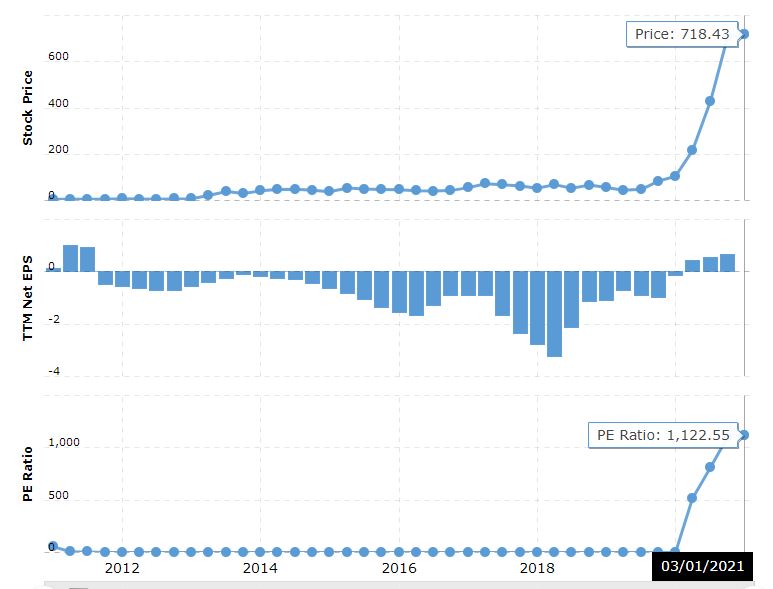 It seems like investors are basically willing to throw money at anything that has a ticker, regardless of what that thing might actually be worth.

Don’t get me wrong, the free market is the ultimate dictator of price, but the discovery mechanism is clearly being distorted right now by global central banks who seem determined to ensure that prices keep moving up, regardless of how the economy is doing.

The latest target of this phenomena is most peculiar indeed. In fact, it is a central bank. …

Technically, there’s absolutely no reason for this sudden jump in share price, as is explained in the article, but here we are. Capitalism is now a joke. At least it’s a funny one. 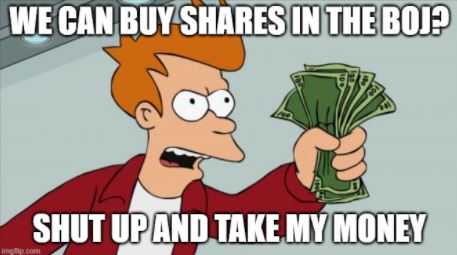 In the newly popular non-fungible token market, where all the hip celebrities are now jumping in headfirst. Mati Greenspan Click to tweet

I’m pretty darn sure this is the first time I’ve ever screen captured anything involving Paris Hilton, but here it is. … 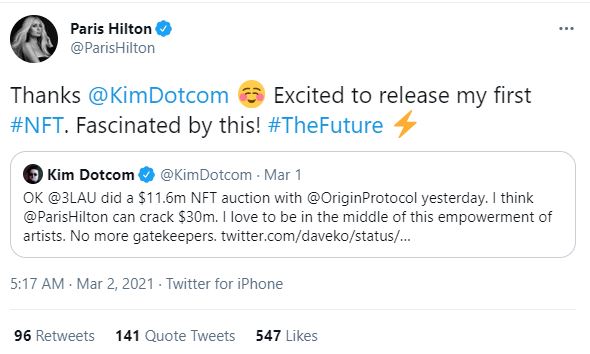 It doesn’t get any more mainstream than this.

Although, it’s a bit difficult to understand Kim Dotcom’s comment about the empowerment of artists, especially in the light of Beeple, who simply doesn’t seem satisfied with his share of what the market is willing to pay for blockchain-enabled ownership of digital art. 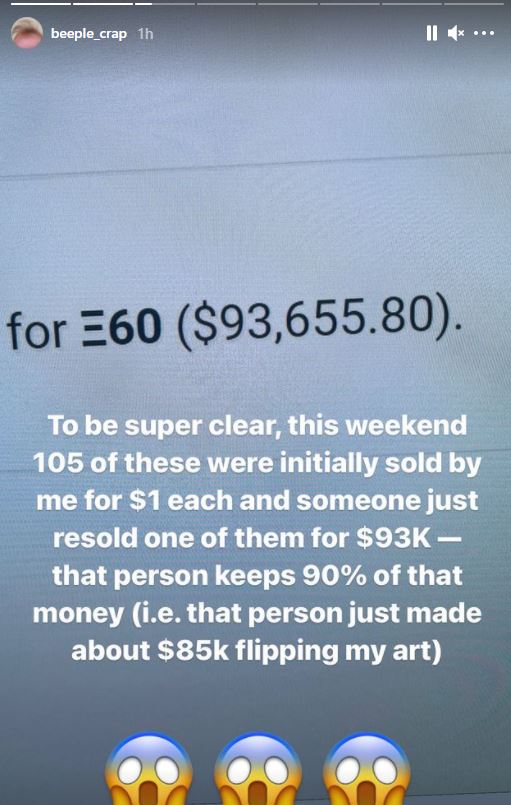 As I write to you today, I’m listening to the three-hour stream of the confirmation hearing for Gary Gensler, who has been nominated to chair the U.S. Securities and Exchange Commission.

It’s extremely doubtful that I’ll get through the entire thing, and even though these events are usually a snooze-fest, this one has a lot of very important information about how Gensler, if confirmed, will approach the regulation of financial markets and digital assets.

Meanwhile, last night, The Chicago Board Options Exchange made its latest attempt to obtain approval for the first bitcoin exchange-traded fund to be available on a U.S. exchange.

As we know, Jay Clayton, former chair of the SEC, was vehemently opposed to such a vehicle, saying that the market simply wasn’t ready. The SEC went on to deny about half a dozen such filings.

Parsing Gensler’s statements today, it certainly seems that he’ll give it a more serious consideration than Clayton did.

If we can learn from Canada, where the world’s first bitcoin ETF was just launched to much fanfare and explosive volumes, it’s quite clear that the market is certainly ready for such a product.

Back in March of 2017, when the Winklevoss twins made the first attempt at a bitcoin-backed ETF, the market was wondering whether approving one of these funds, which would allow investors to purchase bitcoin without incurring the security issues of holding coins, or deal with the regulatory uncertainty of buying from an exchange, would be a catalyst for hedge funds to start making purchases.

Today, however, we’re not lacking any particular catalyst. Hedge funds are already buying. Bitcoin does not need any catalyst. As Gensler pointed out in his hearing, bitcoin is the catalyst.

Frankly, I’m not sure what an ETF really adds at this point. It’s only a matter of market share and who gets to rake in the fees for selling bitcoin to Wall Street. That’s not a race that most of us have any horse in, unfortunately, but it’s still fun to watch.