Though it’s true that market prices are nearly impossible to predict, especially in the short term, I can say with a fair amount of confidence that we’re very likely to see the top of shiba inu quite soon, if we haven’t already.

A total gain of approximately 930% over the last month is pretty massive, even in the crypto market.

For the last few days, with rumors that shiba inu is about to get listed on Robinhood and a broad pullback in the crypto market, the young meme coin has captivated the short attention span of the blockchain industry.

According to LunarCRUSH data, it’s even coming close to overtaking bitcoin in terms of social volume, a feat I don’t think has ever been accomplished by any digital currency. 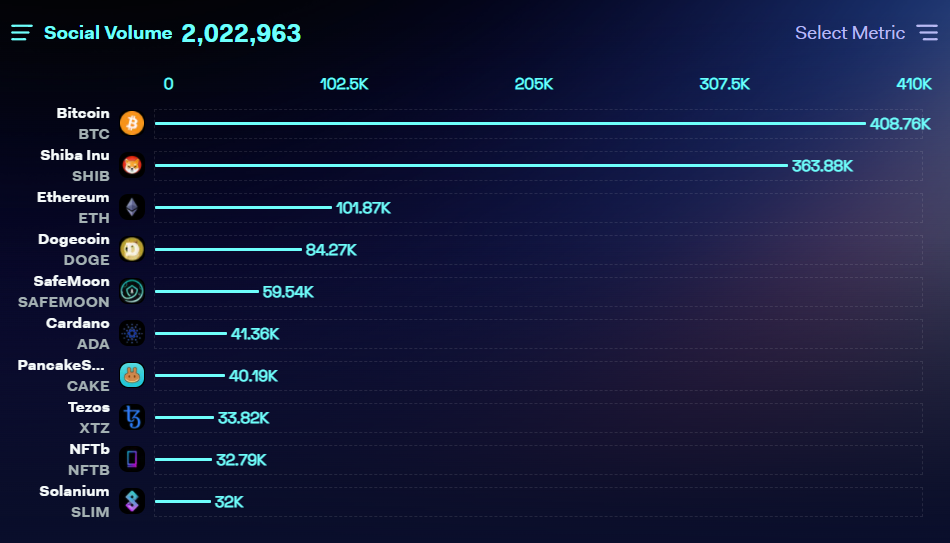 Many millionaires have already been made, possibly even a few billionaires. Will shiba inu reach a value of $0.01 and a $30 trillion market cap?

Probably not, but there’s clearly no shortage of people who think it’s worth a shot.

Stuck in a range

Speaking of that pullback though, bitcoin the bellwether is now about 15% off the all-time high forged last week, trading at it’s lowest rate since Oct. 15.

As I mentioned on Twitter earlier today and had the pleasure of stating during a MarketWatch panel this evening, we’re still stuck within that massive range between $30,000 and $60,000 per coin.

I’d like to wish a warm welcome to my fellow panelists, who I’ve taken the liberty of adding to our newsletter. Welcome Ben Levisohn, Philip Gradwell and Katie Stockton!!

Sure, we’ve had a breakout to new all-time highs, but so far bitcoin has not been able to confirm that breakout with a solid new support level.

The pitfalls of climbing too quickly is that we often fail to build up familiar pivot points and fail-safes.

In this chart, I’ve added the famous Fibonacci indicator, which suggests the most likely levels for a bitcoin retracement. As we can see, we’re testing the first one now. 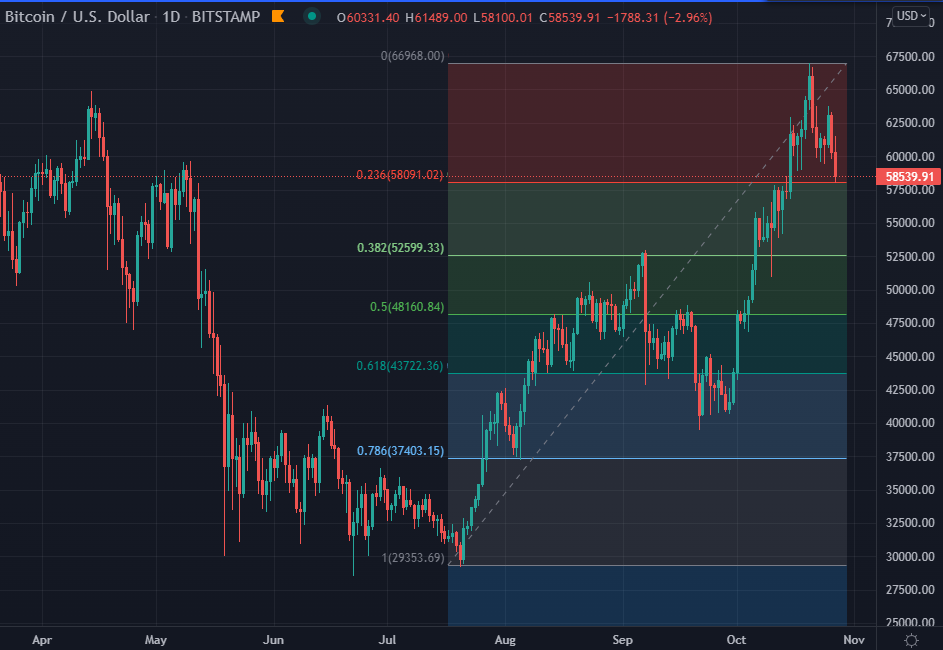 Really appreciate all of the amazing feedback you have been sending regarding the newsletter.

I certainly enjoy the high-level conversation, the well-thought-out questions, and all the insight you all provide.