Matryx aims to incentivize collaboration in fields of knowledge and creation like science, technology, engineering, and mathematics. Think of Matryx as a library, marketplace, and a bounty system for unique problems and their creative solutions. Additionally, the Matryx team focuses on creating virtual reality 3D software for scientific research and development. The software suite includes Calcflow, the industry-leading VR mathematics toolkit, and nano-one, a VR interface for nanoscale design and simulation.

Solving the world’s hardest problems in silos leads to duplication of effort and redundancy. By providing a global community that encourages and incentivizes the exchange of ideas, time to innovation is greatly reduced while problems are solved at a rate otherwise impossible.

Research and engineering efforts are fragmented. Time and money are wasted when different teams work on the same problem without coordination. Recognition and grants go to the last people to work on a problem, ignoring dozens of critical contributors. In such an environment, there is no incentive to cooperate with other teams and no repository of solved problems.

Matryx’s blockchain-based bounty system provides incentives for collaborative problem-solving. Creators are rewarded for contributions with MTX tokens. Anyone can post bounties to Matryx. Participants compete to solve these problems in a tournament.

The winning solution of each round is shared publicly so that new contributors can remix into a new iteration, enabling users to reach the goal faster and more effectively. Once a problem is solved, rewards and recognition are given to all winning contributors, not just the last contributor, for fairness and transparency.

To post a bounty, a user creates a set of requirements and registers the requirements and the necessary additional data in a smart contract. Matryx-enabled applications allow creation and registration of bounties and poll this registry of bounties to display open challenges. The user must set Bounty rewards and escrow a number of tokens in the smart contract sufficient to pay those rewards, according to Matryx’s white paper.

The team at Matryx is led by Steven McCloskey, an alumnus of UC San Diego’s Nanoengineering department. He founded Nanome (previously Nano VR) in 2015 to spread nanoengineering concepts through virtual reality and augmented reality.

Other team members are a mix of scientists, developers, mathematicians, architects, and technology experts. Scott Morgan, chief financial officer of Matryx, has a history of entrepreneurial activity with insurance groups and technology business, including as co-founder of Airbitz, a single sign-on solution for blockchain and decentralized apps.

Matryx is trying to build a large community of participants to democratize scientific research and remove redundancies and barriers to entry in all fields of innovation. That is why they need a large community of innovators and contributors who believe in the power of global, decentralized collaboration. To help build this, Matryx has launched its Matryx Rewards Program, a fun way to help engage the community and earn MTX while you are at it.

Matryx set aside 150,000 MTX to help support community growth during its token sale. You can earn MTX by engaging with its community and creating content on Youtube, Twitter, blogs, and forums. Of the tokens issued, 20,000 are set aside for special projects that the community creates.

Matryx is also active on Facebook and Twitter and the media that cover this space. There is an interview found here with Steve McCloskey, CEO, and Keita Funakawa, COO. During the initial phase of the development, Matryx plans to put out its own bounties for basic shapes for a bit of token, Funakawa said. With Matryx, the idea is crowd-sourced science; you get rewarded for your contributions.

Matryx’s marketplace alpha and beta testing will take place in 2018 and full marketplace public launch will occur in early 2019. During the next two years, the team plans to:

Matryx is an innovate way to collaborate and solve problems on a global scale. The challenge for Matryx’s team is to get participants, people willing to share their problems and post a bounty for solutions. Building a reputation for elite solutions will be important for Matryx as it tries to build widespread acceptance and use in the academic and scientific communities.

You can sign up for news alerts about Matryx here. Bitcoin Market Journal provides a list of current and upcoming ICOs which you may find beneficial as well. 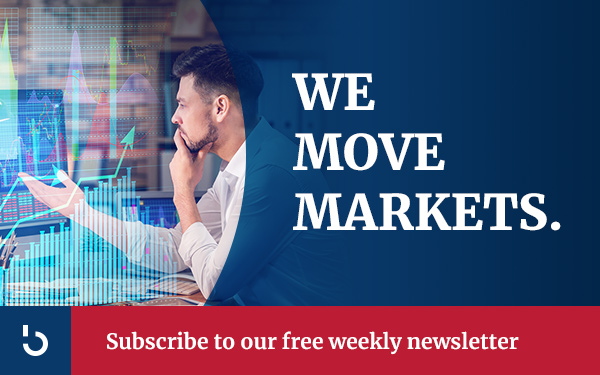