Every time bitcoin takes a leg up, I can’t help but feel a bit disappointed. Sure, it’s one of my biggest conviction calls and I should probably be happy, but I can’t shake the thought that next time I want to buy some, it’s gonna be that much more expensive.

With just 12 days left to the halving and the world’s central banks recently reaffirming their commitment to creating even more free money, bitcoin is now the best performing asset this year. Just like it’s done nearly every year since inception.

If you think I’m exaggerating, just take a look at this chart showing bitcoin’s percentage gain per year. As you can see, with the exception of 2014 and 2018, the gains have far surpassed anything that would seem normal in the traditional markets. 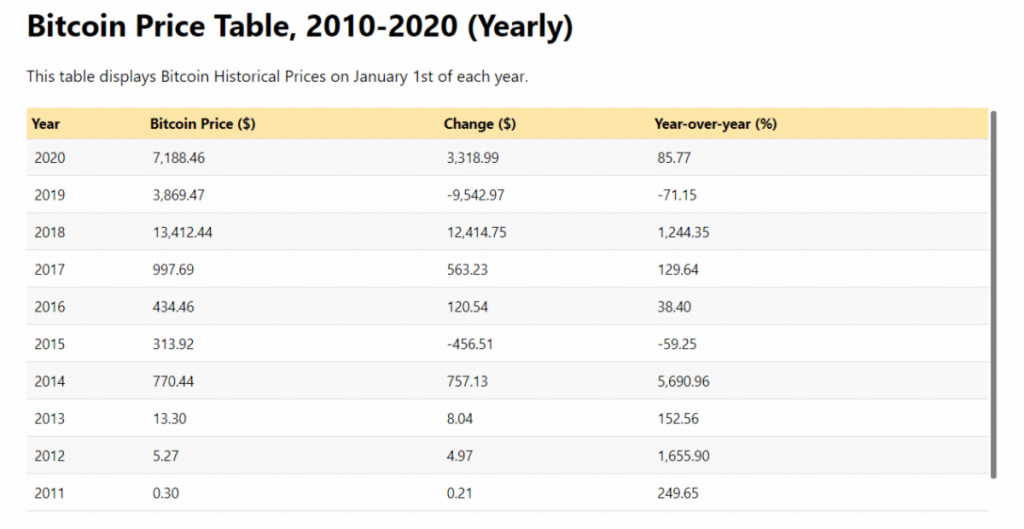 Of course, the usual disclaimer applies, past performance is not necessarily an indication of future results. However, with everything that’s going on in the global economy right now I fail to see why this year would be any different.

A plethora of economic data has come out today across the globe, none of it good. Mati Greenspan Click to tweet

In Asia we’ve seen Japan’s consumer confidence reach a record low of 21, far worse than the estimates of analysts, shown in gold on this graph.

Over in Europe, what really stands out among the dozens of data points is preliminary figures showing the worst economic contraction in the Union’s short history.

Moving on the the United States, the big number for today is the weekly unemployment claims. Even though it’s the lowest since the virus hit, the figures are still pretty terrible and slightly worse than analysts were forecasting at 3.8 million.

Needless to say, there’s a distinct risk-off atmosphere in the markets today. The only things rising today are crude oil and the VIX. Bitcoin was sustaining gains earlier, but over the last hour or two, it has succumbed to peer pressure and flipped to red on the day. Altcoins, on the other hand, are getting hammered.

Reacting to this, I’ve now re-positioned my crypto-only, high-risk portfolio in eToro to be all-in on bitcoin as we head into the halving. I’d like to take this opportunity to thank everyone who’s copying me over there. We’re growing pretty fast now.

So, as we’ve been alluding to throughout this masterpiece of a newsletter, bitcoin jumped yesterday. The surge was pretty big even for crypto, at 13% on the day. It’s interesting to note that the stock markets also had a fantastic day on Wednesday, with the major U.S. indices up about 3%. As a result, the strong correlation continues.

Near as I can tell, much of the optimism was driven by the U.S. Federal Reserve, which released a note stating their commitment to supporting the markets and that they have “a full range of tools to support the U.S. economy in this challenging time.”

Not that there was anything really new about this update, but during the press conference that followed the markets had a chance to hear J-Pow’s arousing voice as he whispered sweet nothings to amorous investors.

In Europe, however, Powell’s counterpart Christine Lagarde did take action by spreading affection on a very sore banking system. Clearly though, the market did not reciprocate, and global investors are now feeling a bit disappointed.