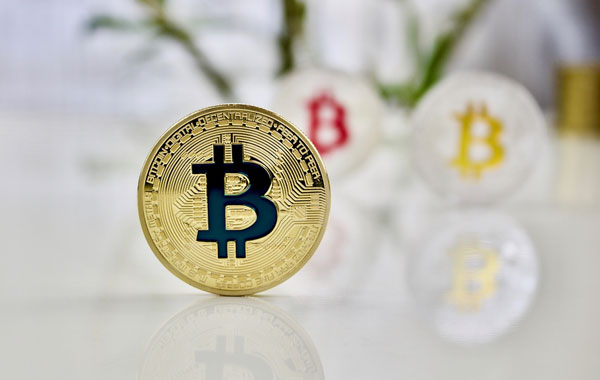 “Kudos is the protocol and cryptocurrency for service-oriented businesses,” the project’s whitepaper reads. “Kudos is the fastest and easiest way to rate and equitably reward both users and workers. By leveraging the blockchain to achieve complete transparency, Kudos will also restore trust in ratings through cryptographically verified transactions that cannot be manipulated by ads or algorithms.”

The Kudos Project ICO is scheduled to start on November 15th, 2017. The project has not yet released registration and participation details but will do so on their website before the beginning of the coin sale.

You can find a video about the project on the KudosProject Twitter page.

America is quickly growing to be a gig economy. The growth of “on-demand jobs” as demonstrated by U.S. Census data reflects a shifting attitude toward work for many employees. It is not so much “punch a timecard and go to work” anymore, but “work where you can, when you can” for a growing number of non-traditional workers.

Increasingly, the service one can expect “on-demand” can vary wildly. The ability to tip your service provider is not always available, making it difficult, if not impossible, to show appreciation for good service. Uber, for example, only permitted tipping via an app option in 121 North American cities since July. Prior to this, there was no way to tip drivers, as drivers are not permitted to accept cash or gifts from passengers. Instead, drivers got a larger or smaller share of the total fare based on the rating the passenger gave.

Attempting to hone in on this opportunity is the Kudos Project. Marketed as a way for blockchain-enabled platforms to offer performance-based rewards to “on-demand” workers, Kudos is seeking to differentiate itself from other gratuity altcoins – such as Dogecoin – by not only giving the individual business the ability to set its own rewards without coding an unique altcoin but by creating a verifiable rating system. By tying the gratuity action to the original transaction via the blockchain, the gratuity and the rating received with the gratuity forms a verifiable worker rating that is less likely to be manipulated by spoofing and advertising.

“Across platforms, tipping and rewarding workers remain inconsistent experiences and are often arbitrary and discriminatory,” the whitepaper reads. “The Kudos protocol and Kudos token solve this problem by giving businesses across all service-based industries the ability to incentivize optimal behavior/engagement for users and workers.”

The whitepaper continues: “The protocol will be designed for simple implementation and will layer directly on top of existing payment processing and POS systems. Kudos will become an essential infrastructure for real businesses across all service economies today—from ridesharing to coffee shops to restaurants—and become the backbone of web 3.0 and the blockchain-based businesses of tomorrow.”

The Kudos Project team is a relatively young one, with the team having short resumes outside of their experience with Skedaddle. The team consists of:

The management team has been noticeably quiet on social media. The Kudos Project’s Twitter account only has nine tweets and five likes. Similarly, a Twitter search for the keyword “skedaddle” brought up no top tweets from the management teams and the team’s Reddit page only has three links.

Pricing and distribution information on the token sale portion of the altcoin pool is unavailable at the time of this report.

The Kudos Project has no code available for review on its GitHub page. As stated previously, the team has minimal social media participation. Additionally, there has not been a great deal of press or online discussion for the Kudos Project, when compared to other current ICOs.

With so little information currently available about the upcoming ICO, there seems to be a sense of ambiguity about the viability of this project. While the motives behind this platform appear to be noble, it seems to be a bit like putting the cart before the horse as many would-be blockchain applications have yet to build the framework for their platform.

Worrying about feedback systems seems like an afterthought when the primary code has yet to be written. Additionally, existing gratuity altcoins like Dogecoin seem to cover what Kudos is seeking to do with less commitment from project managers.

A better-defined participation and investment plan could help to alleviate investor concerns regarding the project. The fact that the project will have a large percentage of the altcoin to infuse into the market at its discretion also raises the specter of price manipulation. All things considered, an investor seeking to participate in this ICO should completely understand the risks involved.

If this project were to succeed and if it was embraced for the potential it offered, it could be a game-changer. A universal platform that can track rating and gratuities across platforms could make it easy not only for service workers to be tipped consistently well for quality service but for customers to identify quality local service in absolute terms. However, there are a lot of questions that must be answered before the Kudos Project gets to that point.