So, the reason this US spending bill is taking so long is due to an old game in Washington called ‘fill the bill’. In this game, lawmakers like to pack each and every law they pass with many different things, some of which might be completely unrelated.

The idea is, if we’re already going to pass a law, each member of Congress will try to get things into that law that have been on their agenda for a while. Kind of like an I’ll scratch your back if you scratch mine type of deal. Or, I’ll vote yes if we can include this one thing that I want. As a result, you end up getting these documents that are thousands of pages long and nobody could possibly read.

Here’s a clip of Senator Ted Cruz lashing out at the Democrats for trying to include things like airplane emissions regulations and clean energy tax credits in this bill that’s supposed to be about Corona crisis relief.

One of the things that apparently made it into a draft of the bill this morning was the provisions for a digital dollar. That’s right, a bonafide central bank digital currency. That certainly got the blockchain community up in arms but it seems that by now that part of the bill has also been pulled.

No doubt, if and when this thing does pass, it will be stripped down to the bare bones and be one of the shortest pieces of legislation to pass Congress in modern history. Stocks are up nearly 10% today with anticipation.

The biggest fear for long term investors in a situation like this is known as ‘catching the falling knife’. You want to take advantage of of the low stock prices for long term investments but there’s still a large chance that it could go a lot lower.

One investor has now made a $2.5 billion bet on a full recovery in the United States buying everything from Chipotle, Zoom, Boeing, and Berkshire. In this interview, Bill Ackman of Pershing Square Capital explains his thinking and how he sees life after the virus. 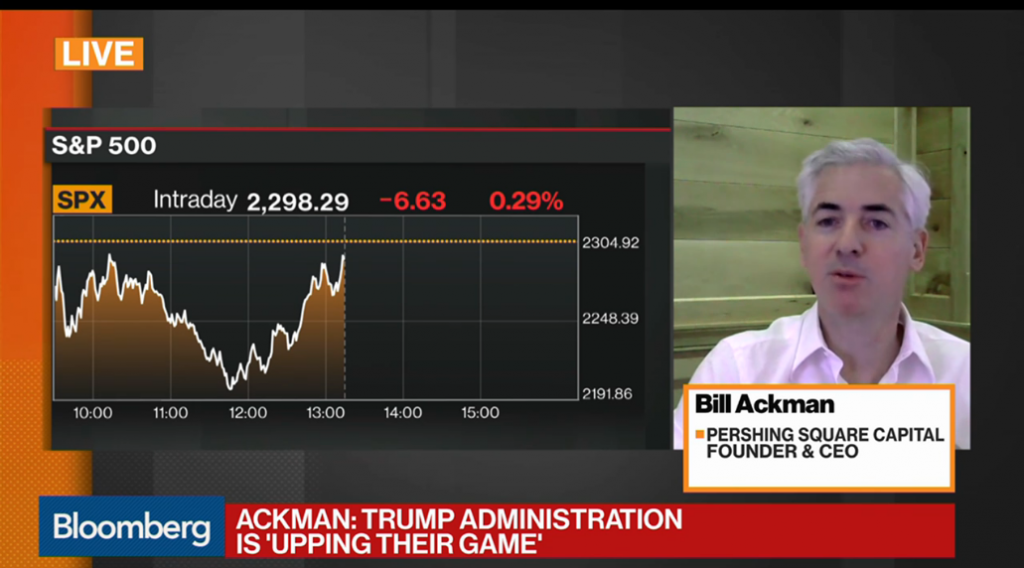 If the President has his way of course, we won’t even need to write off that long. Over the last 24 hours, he’s been directing the narrative to indicate that he doesn’t want the country shutting down for too long.

The more I think about it, the more it seems a possibility that the Fed’s announcement yesterday of QE Infinity, may have put a real backstop into the markets. Only time will tell of course.  Mati Greenspan Click to tweet

If lately we’ve been highlighting the times when Bitcoin has outperformed stocks, and there have been quite a few days like that already, it seems only fair today to highlight that bitcoin is up not quite as much as the equity markets.

In fact, today it’s not even doing as well as the gold and silver, which are tracking 4.5% and 6.5% respectively, whereas bitcoin is only up 3% on the day. Most of the altcoins aren’t even doing that. I must add though that it really depends on what time frame you’re looking at. Overall performance will vary depending on the specific starting time, especially when factoring short term data.

I suppose the key takeaway here is that everything seems to be going up today, which is good because we haven’t had a good risk-on rally in quite a while. Very likely this could have to do with the fiscal stimulus package that should be voted on any moment now. The question I have though, is whether this is a ‘buy the rumor, sell the news’ kind of event? So, will we get a short term pop, followed by a further plunge, or will the spending bill, in conjunction with the Fed actions, create some sort of sustainable rally?

Only time will tell.

Wishing you a wonderful day ahead.