Hope you’re all loving the price action in the markets lately.

Today, bitcoin took charge of the crypto market, generating impressive gains of about 10% over the last several hours. Many altcoins are also in the green, but not nearly as much.

Perhaps the most gratifying thing, however, is that this bullish bitcoin move comes despite a rather sour mood for Wall Street and the stock market, a clear indication that bitcoin has returned to its normal detached relationship with traditional markets.

The one asset that really made heads turn is natural gas. …

The underlying fundamentals behind this awesome move are pretty clear. Supply is short coming into the winter months as global governments and corporate entities attempt to affect the shift to renewable energy.

However, the sudden price movement has financial journalists at a loss in their efforts to find a convincing catalyst. The above-linked MarketWatch article doesn’t even make an attempt to explain the fundamentals.

Many of you will recall the anomaly of April 20, 2020, when the sudden lack of demand for transportation caused crude oil futures to go deep negative for several hours.

Honestly, the fear of missing out (FOMO) that we’re seeing from overzealous traders almost makes it seem like hedge funds are stocking up in preparation for Armageddon.

As bitcoin once again crossed $1 trillion in market capitalization, the glaring question crypto traders want to answer is whether alt season is over.

Initial results for the ongoing poll I’m running on Twitter indicate that it is not. In fact, more people voted “banana” than are willing to admit that the monstrous gains we’re seeing in obscure altcoins will go away any time soon, and even fewer people don’t have an opinion at all. 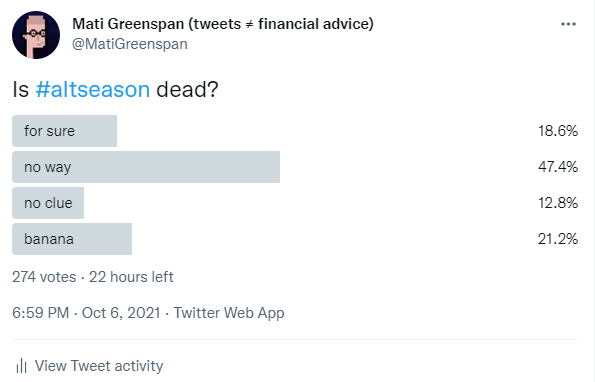 Jokes aside, the Bitcoin Dominance Index, which measures bitcoin’s proportionate share of the total crypto market capitalization (44.67%), is having an incredible day (last green candle on the right), and it is just shy of a multi-month high (dotted orange line). 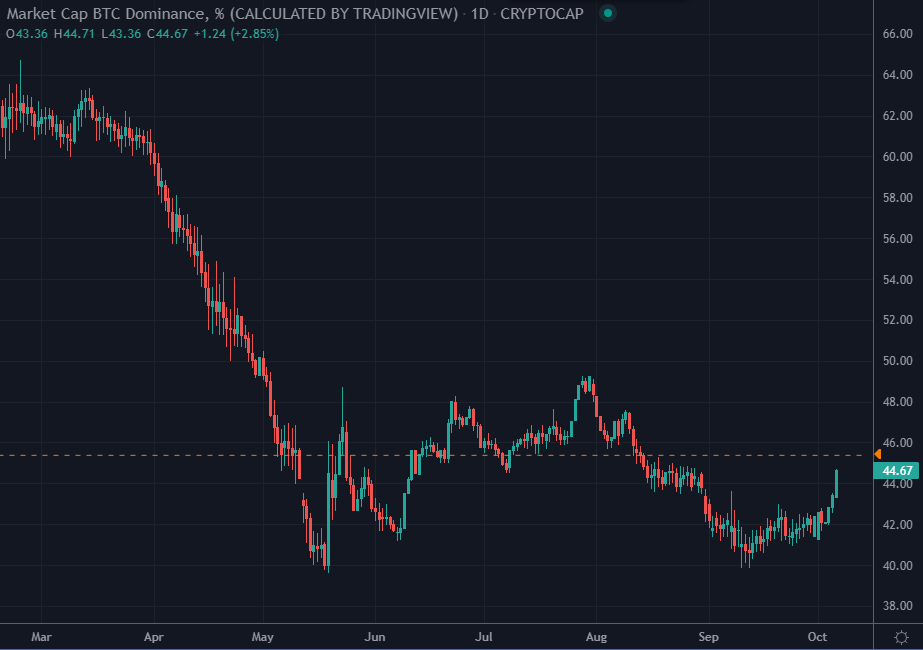 With the amazing news yesterday from U.S. Bank, bitcoin has good reason to be in the driver’s seat right now.

Data from cryptocurrency social media analytics platform LunarCRUSH also indicates that social sentiment has been turning rather bullish lately. After all, everyone knows that there will only ever be 21 million units, and there’s an ongoing race to see who can lock them away first.

Still, it would be way too early to call for the end of gains in other parts of the market. It takes a lot of inflows to move the bitcoin needle, whereas there are new coins coming online every day that can be pumped with much less capital invested.

So, even if bitcoin does see another mighty run and we do see $100,000 per coin by the end of the year like more than a few analysts are predicting, the level of BTC-FOMO required for an industry consolidation doesn’t seem to exist. Not yet anyway.

The deep green color across the board would seem to corroborate this. Bitcoin is outperforming and it may even be sucking value from the falling stocks, but it hasn’t, as of yet, caused anyone to dump their alt bags. 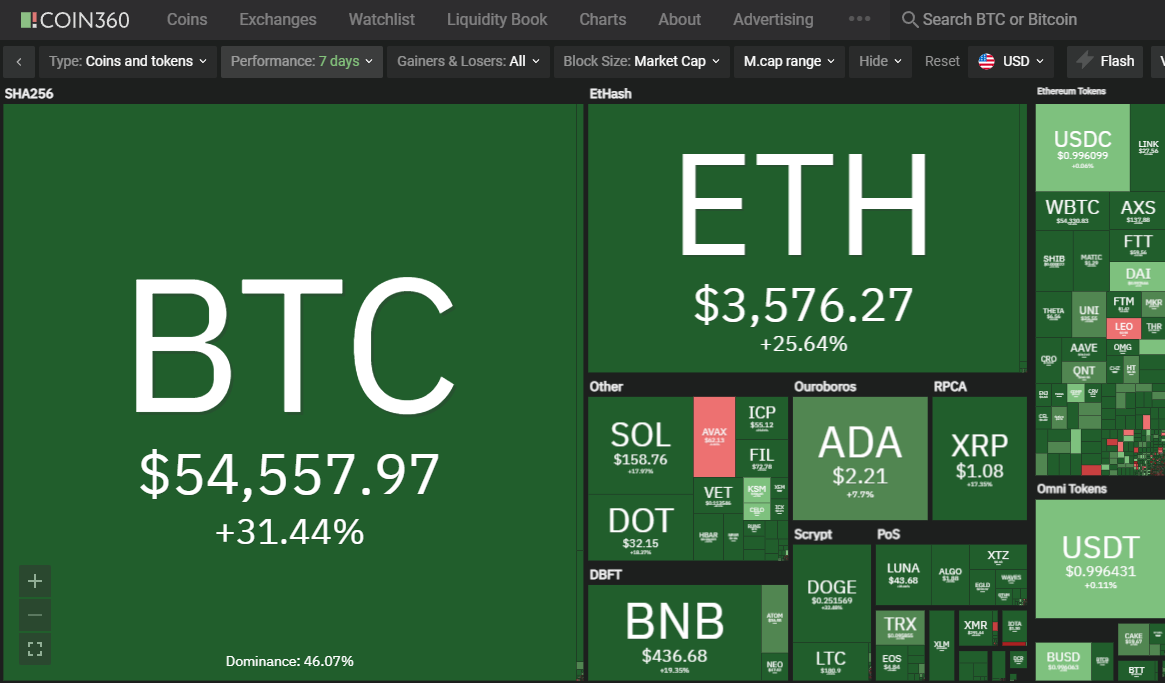 Not sure why, but people keep making NFTs of me.

As flattered as I am, the humble guy in me wants to point out that, to the best of my knowledge, nobody has ever actually bought one, perhaps aside from the Blockchain Heroes series of 2017, in which users would buy a closed pack of cards without knowing what they might get.

I want to express my deep gratitude to the CryptoVerse Club who has just released a five-card series featuring yours truly.