Bitcoin investors still have one big problem. When they try to explain bitcoin to friends and family, they get the question, “Isn’t bitcoin the money that people use to buy drugs online?”

Even today, when a single bitcoin bought one year ago would have produced a 900% return, many people still have the idea that bitcoin is not an investment opportunity, but money for criminal activity. The truth, as Jamie Smith recently said on the Unchained podcast, is that the only criminals who use bitcoin are the stupid ones. Bitcoin is not anonymous, as it creates a permanent record wherever it goes.

Still, bitcoin and altcoins do offer unique problems when it comes to security, and the companies solving these problems offer interesting investing opportunities. At the recent meetup for Boston Crypto Traders, Investors and Entrepreneurs, two speakers gave their perspective on “The Dark Side of Crypto.” 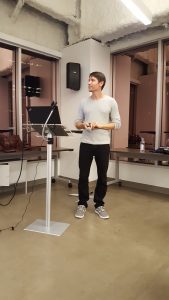 Eduard Kotysh, CEO of Solidified, highlighted the rapid rise of bitcoin over the past several years, and noted that hackers “follow the money.” Since the maturity and security of blockchain companies is often lower than that of large financial institutions, hackers are attracted to this emerging space.

As blockchain projects grow increasingly complex, rigorous auditing is a requirement. That’s the opportunity for investors: look for companies like Solidified that provide auditing of blockchain code and security. They’ll be increasingly in demand as the blockchain economy grows. 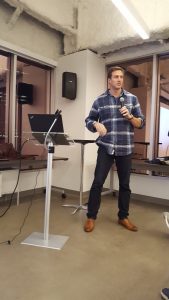 Offering a counterpoint was David Fragale, an MIT Sloan Fellow in Innovation who has advised the U.S. government on how “bad actors” such as terrorists and organized crime syndicates might use cryptocurrencies in the future.

Fragale gave an overview of the dark web ecosystem, which we’ll call the “reekosystem”:

While there are some anecdotal reports that terrorists may be using bitcoin, Fragale’s research suggested it’s not their funding method of choice. Zcash, he pointed out, may end up becoming the favored currency for criminals, due to its built-in privacy. 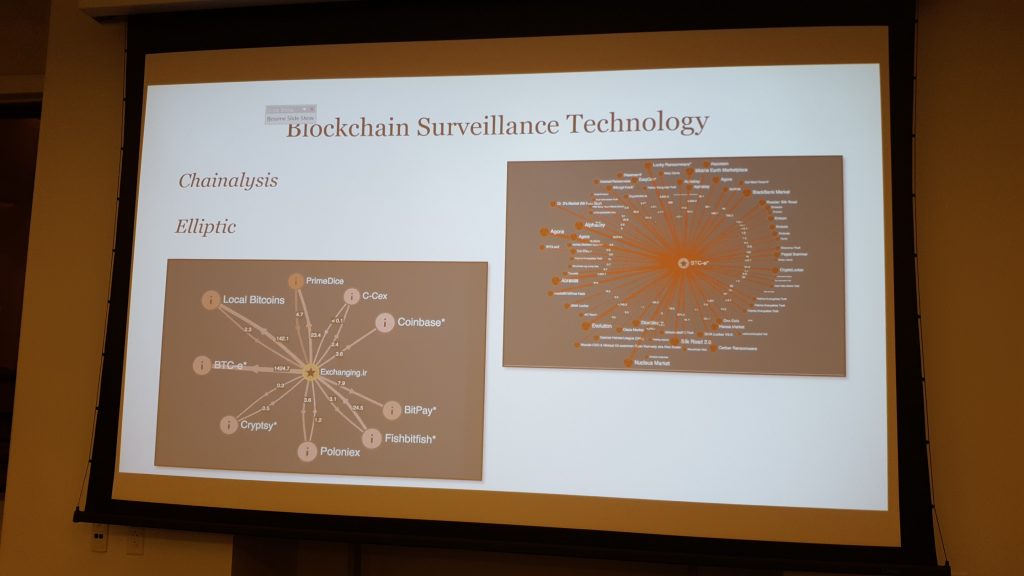 Investors would do well to look into blockchain surveillance technologies. For example, companies like Chainalysis and Elliptic provide “blockchain intelligence,” allowing easier tracking of bad actors as they leave a digital trail. As governments and law enforcement want to know who’s moving money through these dark corners of the web, blockchain surveillance companies will become increasingly valuable in providing that information. Not many police departments have in-house cryptographers.