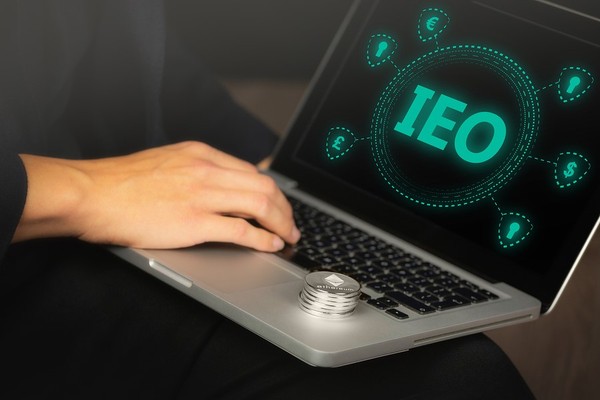 Initial Coin Offerings (ICOs) revolutionized the crowdfunding concept in a multitude of ways by enabling access to retail and institutional investors from across the world. Crypto spring in 2017 can largely be credited to the ICO boom. In 2017, ICOs saw unprecedented returns to investors both institutional and retail. Albeit the bull didn’t last for long, the early adopters in the crypto space during 2017 made huge profits.

However, the success of ICOs was short-lived mainly because over 80 percent of the projects that raised funds in ICOs failed to sustain their momentum. Hence, the crypto market eventually lost over 40 percent of its total market cap value in just the span of one year from December 2017 to 2018 with investors losing their money.

IEO: The Renaissance of ICOs?

With ICOs losing some of their credibility as effective fundraising tools, the buzz around Initial Exchange Offerings (IEOs) started to grow. IEOs have become the latest trend in the crypto space with more and more exchanges jumping onto the bandwagon of starting their own IEO launchpads to benefit from being the early adopters and first movers in the space.

An IEO differs from an ICO in a way that it merges the token sale and listing on an exchange into a single event. IEOs are basically ICOs with remodeled values of centralization in the fundraising process and a better, more sustainable business model.

Both the token creators and investors needed a beacon of hope that could potentially restore the faith in crypto markets. Recently, when Binance, the worlds largest crypto exchange, successfully launched the BitTorrent token on its launchpad and raised a whopping $7.2 million in just minutes, the concept of IEOs gained significant momentum.

This unprecedented feat achieved by Binance has motivated other token creators as well as other exchanges to jump on the IEO bandwagon.

The root causes for ICOs losing their credibility include the lack of transparency, the lack of actually delivering the products, the lack of security for investors, listing problems for many tokens, and more. IEOs come with a promise of solving these issues.

While IEOs serve the exact same purpose as ICOs in terms of fundraising, the basic difference between them is that the initial offerings are managed by the already existing cryptocurrency exchanges instead of the management team that created the tokens.

The involvement of already established crypto exchanges helps investors in screening the projects in which they want to invest. In a nutshell, exchanges have positioned themselves as the gatekeepers who vet the IEO projects in advance, hence reducing the risks of the investment to an extent.

Theoretically, it is presumed that the crypto exchange does complete due diligence on the project before going live with the token sale. So, the odds of the project turning out to be a scam are significantly reduced since the exchange will be putting its reputation on the line. Thus, it is expected that the exchange will only back the legitimate tokens and oust the questionable ones.

However, it is not guaranteed that all the projects launched on a certain exchange are always going to be the best ones. Because there are monetary incentives involved for the exchange that positively impact their business, investors can never be certain about the outcome of a project launched on an IEO program.

IEOs Outperformed Both ICOs and STOs in 2019

Raising capital has been a challenging aspect for many projects in the crypto space since the end of the 2017 ICO boom. It was expected by many that Security Token Offerings (STOs) were going to replace ICOs and would become the next big thing, but Initial Exchange Offerings (IEOs) have surpassed even STOs in 2019.

With IEOs raising over $1 billion already in this year, it appears that, for now, they are the favorites in the space. However, given the uncertainty in the crypto space, long-term prospects for investors are almost never certain.

While the ICO market has tanked by 97 percent in Q1 2019 (YoY) in terms of funds raised, IEOs have successfully attracted a larger share of investors in 2019. Retail and institutional investors are getting bullish on IEOs mainly because of the backing they receive from the exchange on which they are launched.

The real question to be asked is, does an IEO give a better return on investment (ROI) than an ICO?

Let’s take a deep dive into the ROI analysis of top IEOs to better answer the question.

IEOs, despite having a promising business model, are not becoming mainstream. Though the successful fundraising events by certain projects are quite impressive, only a handful of projects have posted positive returns. Most of the projects are being traded below the first exchange-listed price.

While IEOs come with a promise of restoring enthusiasm in the market, there is no guarantee that all IEO projects will perform well. Whether to invest in such offerings requires due diligence on the part of the individual investor regarding both the token project and the exchange that is backing it.

To learn more about prudent bitcoin and altcoin investment, subscribe to the Bitcoin Market Journal newsletter and join a vibrant community of like-minded investors today!