With the official death toll now rising to 80 and the city of Wuhan with its population of 11 million people on total lockdown, the Coronavirus is now something striking fear and panic throughout the world.

The Chinese New Year celebrations have been officially extended for three days but it seems most are finding it difficult to celebrate. One of the main issues is that it could take up to two weeks from the time the virus is contracted until the first symptoms start to show up. Making CoV particularly difficult to contain.

Still, so far almost all cases of the virus are in China and the World Health Organisation is very hesitant to label this as an international emergency. As we can see from this interactive map, only about 50 of the 3,000 confirmed cases have been outside of China’s mainland. 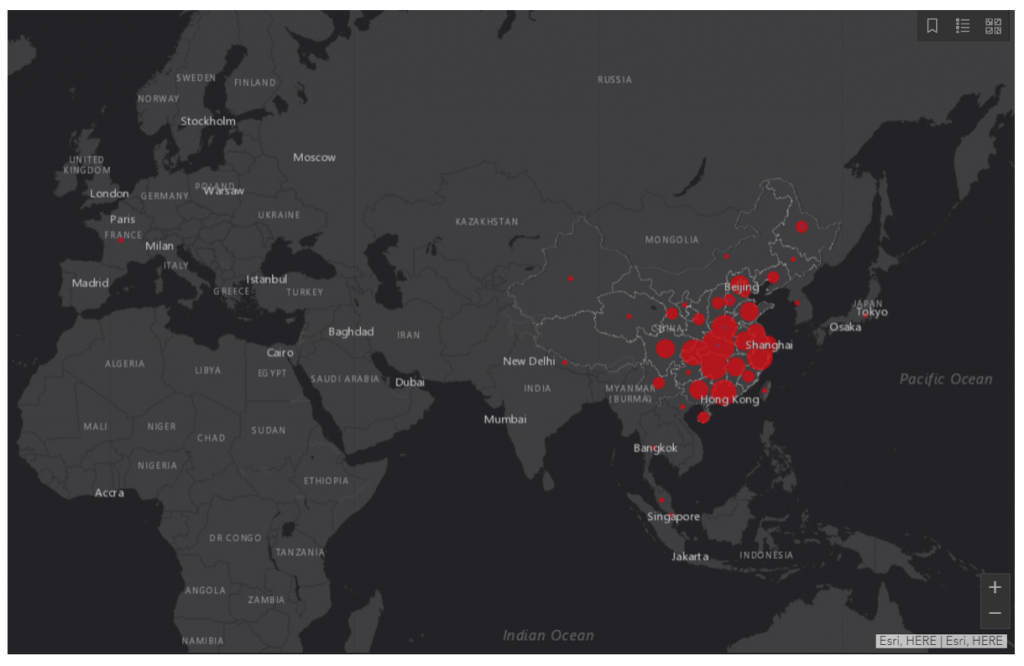 Of course, people have every right to be fearful. As a race, there have been several times in history that we’ve seen significant portions of the Earth’s population reduced by various diseases. However, in more recent history we’ve seen that awareness and preparedness can go a long way toward prevention, as can hygiene and affordable health care.

Stock markets are holding up alright with only minor losses so far as analysts continue to remind traders to keep their cool. After all, a quick check of history shows that panic selling in the face of a massive disease scare has never been a good idea. 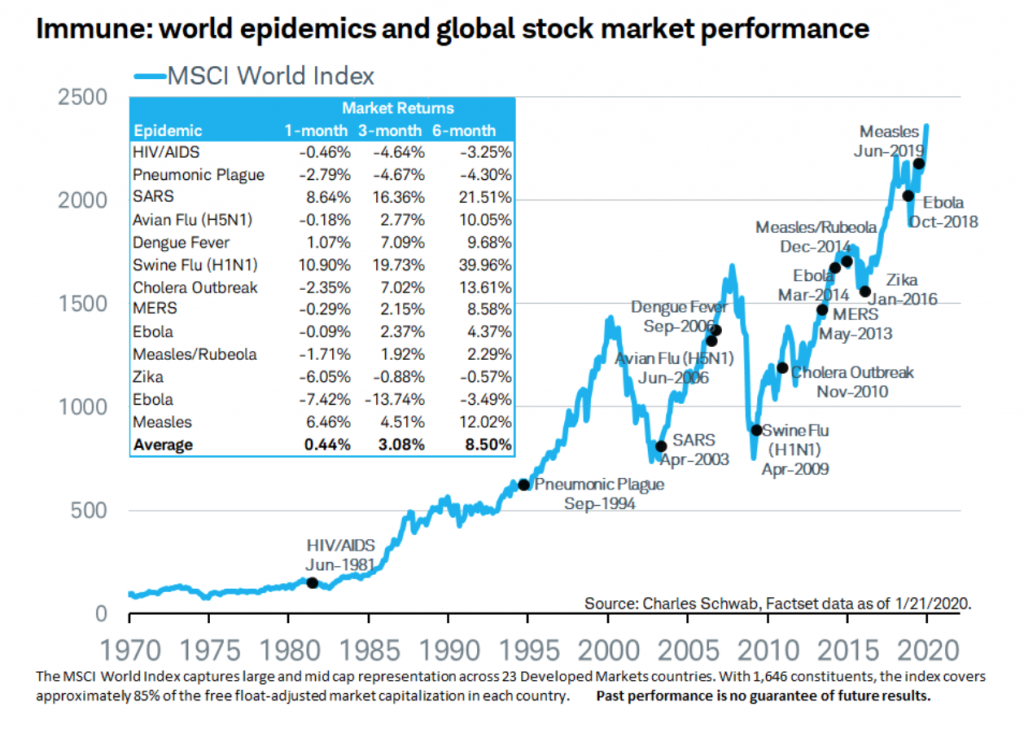 Perhaps instead, keep your eyes on the Fed. Their presser on Wednesday is more than likely to reaffirm their commitment to support the markets in sickness and in health.

Starting today and until April 15th, those of you in the United States will probably get the privilege of reporting your gains and losses to Uncle Sam. 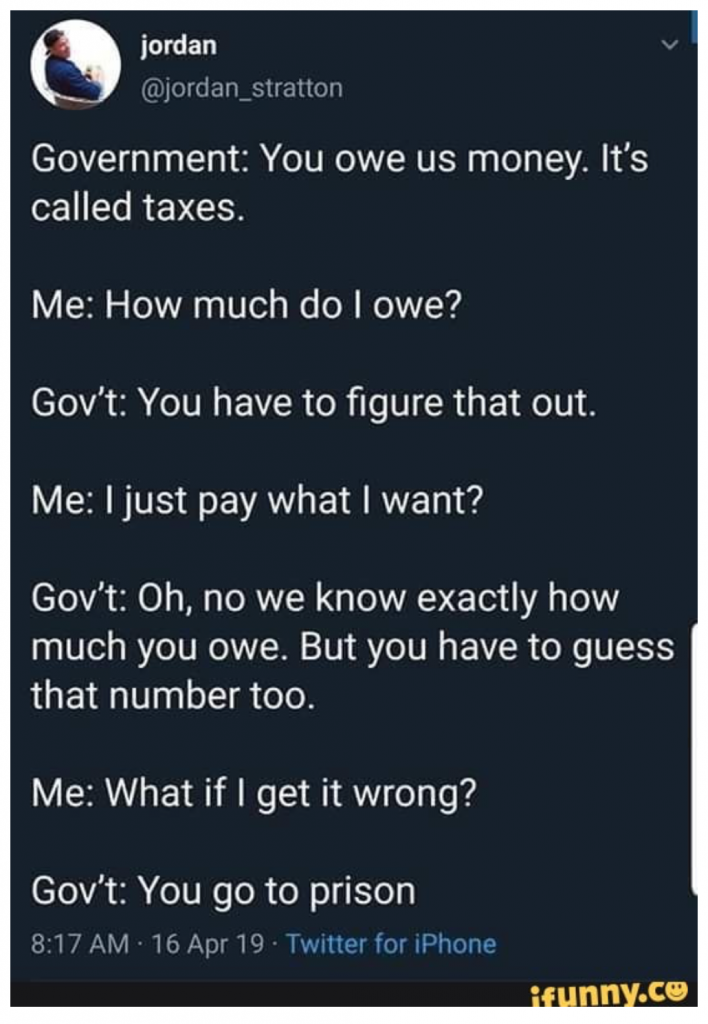 For active cryptotraders, you need to figure what you held when the profit and loss of each transaction across every platform you’ve used throughout the year. Not always an easy task.

Luckily, there are several services that can help with that. One of our fellow readers of the QE Newsletter has recently reached out and asked me to include a mention of their website, which seems pretty useful.

According to the video on their homepage Zenledger.io is a simple automation service for filing taxes. It can integrate directly with all major exchanges and cryptoassets and automatically fill out several critical forms that you’ll need to file. It’s also free to sign up and try out. So you can decide later on if it’s worth the price to purchase one of their various plans.

As well, they’ve setup a referral code for us that if entered will give you a 20% discount on any purchases there so don’t forget to use ‘QUANTUM20’ in the billing page.

Ever since late 2017, we’ve been watching the world’s second most populated country for signs of crypto adoption. However, it seems that the government and the banking system have been in the way of that. Tomorrow, it all comes to a head as the landmark case against the banking system will finally be held in the India’s Supreme Court.

Crypto enthusiasts in the country are extremely excited about this hearing as there seems to a good chance to reverse the banking blockade that has been in place from India’s central bank (the RBI) since April of 2018.

The RBI has so far been unable to deliver a reasonable case as to why the ban is in place. The blanket argument that “crypto is a scam” may have worked in 2017 but these days it’s a lot more difficult to wave away an entire growing industry. Especially after a broad endorsement from the President of China and the continuous adoption from institutional players on Wall Street. Activists have been lobbying the government every day on social media using the hashtag #IndiaWantsCrypto explaining how blockchain technology is being used in positive ways in other countries and how the RBI ban means that India is being left behind in this innovation.

As well, it seems like the RBI’s allies in the ban are growing thin. Over the weekend, we saw Prime Minister Modi send a tweet commending a young programmer for developing several apps, including one that tracks crypto prices.

Even among the Supreme Court, it’s clear that the knowledge gap about cryptoassets has been filled. Of the three judges who are set to hear the RBI case tomorrow the leader of the council, RF Nariman, has expressed disdain and anger with the RBI’s lack of a reasonable argument and with the ineffectiveness of the ban.

Without wanting to get our hopes up too much, there’s a real possibility that we could get a positive ruling tomorrow and if not, within the next few weeks after the case has been heard and deliberated. Let’s hope for the best.