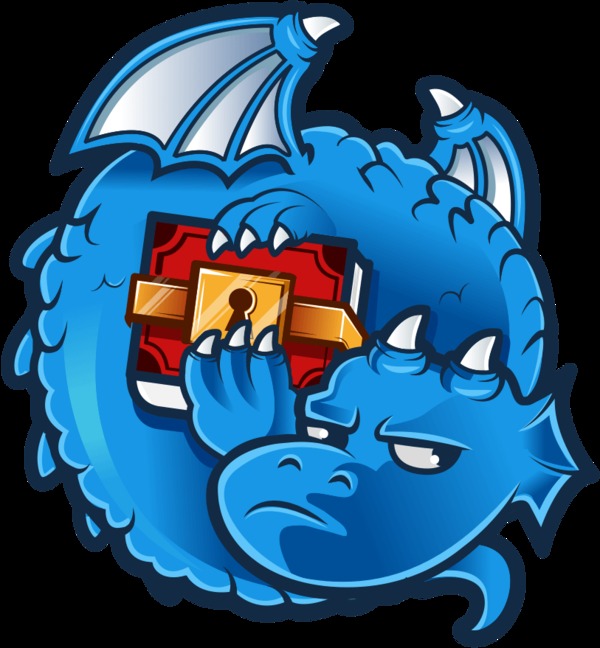 It may seem odd to imagine Disney getting into the blockchain game. The monolithic film and television giant has never shown an interest in delving into the technology sector, short of occasional forays into the video game market. Despite this, “the Mouse” has rolled out a platform that would not only make it easier to make their systems blockchain-ready but that can be embraced by other businesses as well.

Disney’s Dragonchain, which was initially developed as proprietary software but is now open-source under the auspices of the Dragonchain Foundation, proposes to address the problem of data security by creating a verifiable ecosystem for the sharing and creating of smart contracts that can easily be placed on an existing platform. By using multiple verification layers, the platform can identify and expunge bad nodes and data from the rest of the platform without compromising the integrity of the chain.

The ICO, which started October 2, 2017, and will continue to November 2, 2017, is an equitable distribution sale; 55 percent of the available coins, Dragons, will be sold in the sale, there will be no hard caps, and the value of the coins will be defined by the total raised by the ICO, with the total being distributed evenly. There are 433,494,437 Dragons available in this sale.

Distributed ledgers offer key advantages that conventional databases do not. Scalable and portable, a distributed ledger system allows for the creation, viewing, and verifying of data nodes independent of any proprietary system. A properly configured distributed ledger will allow any authorized user to access the cloud platform, add or verify transactions to the blockchain, and recognize compromised nodes quickly and efficiently.

The problem is that there is no agreed-upon methodology to do this and for the options that exist, there are no easy ways to maintain control of proprietary data. As anyone that has a copy of your blockchain can add and verify data to your blockchain network, a blockchain network functions as a decentralized democracy. While this may be good for an altcoin, it is worrisome for a private business.

“Most important however is the combined risk of exposed data and business logic, as it is the equivalent of placing your operational system, all of your data, and a bounty of funds in the public domain,” the Dragonchain whitepaper reads. “Unlike the well understood and successful open source model, where the discoverer of a flaw or vulnerability in utility software is incentivized to fix the issue or notify the community of its existence, in the case of a discovered vulnerability on a blockchain, the discoverer is actually incentivized to attack the smart contract and withdraw funds or valuable information.”

Dragonchain seeks to address this in three different ways.

“With this, Dragonchain is able to provide a spectrum of trust for the consumer of blockchain data, where risk is accepted based upon a combination of real-world contracts, reputation of nodes, and trustless system assertions,” the whitepaper reads. “That is, one may trust one’s own data as valid, but require varying levels of consensus verification before accepting a partner or foreign node for use.”

Number Two: Dragonchain will be hosting an incubator and marketplace program, the DragonFund Incubator, that will help in the development and monetization of blockchain projects.

Number Three: The platform will accept smart contracts written in a variety of programming languages, like Java, Python, C#, or NodeJS, and will have a marketplace for pre-built contracts.

Dragonchain seeks to create a blanket platform that can be used for anything from voting systems to real estate registries to identity systems. By allowing partners to set their minimum expectations of data verification and maintain control of these verification levels, DragonChain is hoping to minimize the risk involved in decentralized data sharing.

There has been much press about the unique nature of the Dragonchain coin. While Dragonchain coins, known as Dragons, will ultimately be sold and traded in the post-ICO market, the creators of Dragonchain want their blockchain to be “currency agnostic” or tolerant of any altcoin used with it.

Therefore, the Dragonchain team positioned the token sale to be as fair as possible while not rewarding heavy investors or early adaptors. The ICO sale has no caps, no pricing tiers, and no special valuation for ICO-issued Dragons. The value of the Dragon will be determined by what was raised by the ICO, with each Dragon getting an equal share. As Dragonchain is underwritten by Disney, there is no need to achieve a minimum total for the ICO.

Dragons can be bought in either bitcoin or Ethers by sending payment to the token sale address at the ICO page.

Dragonchain is moderately active on Twitter, posting 1,261 times with 5,710 followers. The Dragonchain software is well reviewed and visited on GitHub, with 12 branches and 240 commits. The teams’ LinkedIn and Twitter pages have significantly less Dragonchain content, however. Per GitHub, the software has 39 open and 40 closed issues.

If you were to believe the press Dragonchain is getting, Disney’s experiment bears the potential to be the long-sought-after means to make blockchain technology practically useful outside of altcoin applications. If the software package works, Dragonchain would create a cloud-based, custodian-free data collection system where the data received can be vetted and verified on the fly. Such a system could, theoretically, revolutionize every mass data-gathering operation, such as voting, census taking, and registry maintenance.

Perhaps more importantly, unlike other players in the blockchain-as-a-service market, Disney is seeking to openly share this technology and encourage public participation and debate about it. This has placed Disney where no one thought Disney would be two years’ ago, as the potential leader of the blockchain movement.

While the potential of this is undeniable, Dragonchain’s usefulness as an altcoin is questionable. Dragons will have no support as an altcoin by Dragonchain and ICO investors will get no special consideration or protections simply by virtue of participating in the ICO. This creates the realization that there is no impetus to participate in the ICO; one could simply wait until Dragons hit the market and buy low.

A possible scenario is that the ICO undersells. Since all of the allocated coins will be distributed regardless of the ICO’s total, this will lead to Dragons being introduced to the exchanges as a “penny stock.” However, the excitement behind Dragonchain and the fact that Dragonchain is backed by a Fortune 500 company will likely lead to Dragon’s price skyrocketing on its first day as speculation takes over.

While the Dragonchain ICO is likely to be low-key, the inclusion of Dragons on the market will not be. While it is too early to say if the launch of Dragonchain will be a demarcation separating everything that came before from everything yet to come, the notion that Disney is taking blockchain seriously indicates that the technology may be, indeed, ready for primetime.