We’d like to start out today by wishing all our readers in the U.S. a very happy Presidents Day, but more importantly, we wish for you to stay warm.

For the two million people in Texas who are reportedly without power: If you somehow manage to read this, power to you.

For some reason, all the articles on the subject seem to focus on how the wind turbines are freezing over. It’s true that Texas is one of the biggest producers of wind energy in the world, with over 150 wind farms there, but even still, wind only accounts for about 17% of all the power used, according to figures provided by The Electric Reliability Council of Texas.

The cost per megawatt of electricity in the state has risen so sharply, it has many people asking “which altcoin is that?”

To meet the increase in demand, the price of oil has also spiked, with West Texas Intermediate crude oil futures contracts, the most popular oil to trade across most online platforms, currently being the highest they have been since before the start of the pandemic. 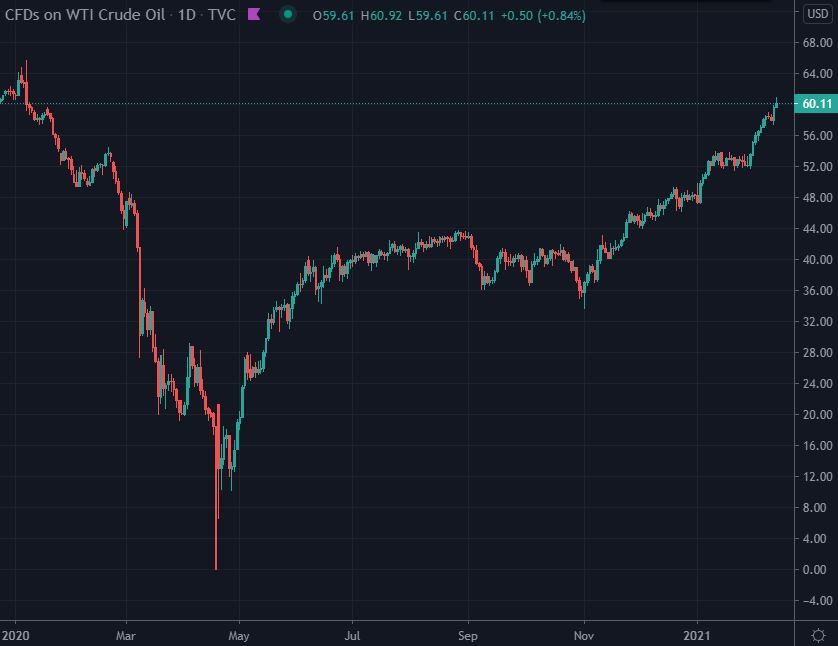 Aside from the energy sector and natural gas, the broader markets seem scantly affected by the sudden and strange winter storm that seems to be raging in various portions of the globe. Stock indexes are marching happily higher as we speak.

Crypto assets saw a semi-serious flash sell-off last night, but by now they have reversed course somewhat. For those of you who must single out a reason for the decline, I think it would be safe to call this a bit of profit taking.

Bitcoin and many altcoins have already reclaimed their lofty levels, but have yet to push higher. As far as the charts are concerned, the great bullish run does seem to be on pause for today.

Should we see prices moving higher and breaking out to the upside, there is no doubt that the mass mania will continue, but that will not be an easy task.

For bitcoin in particular, the psychological resistance of $50,000 could likely present a difficult hurdle. Sure, it’s possible that we pass right through like swiss cheese, and keep on going higher, but I suspect things might not be that easy.

In fact, a pullback right about now would be extremely welcome in my view, not only because the 200-day moving average is still below $20,000. 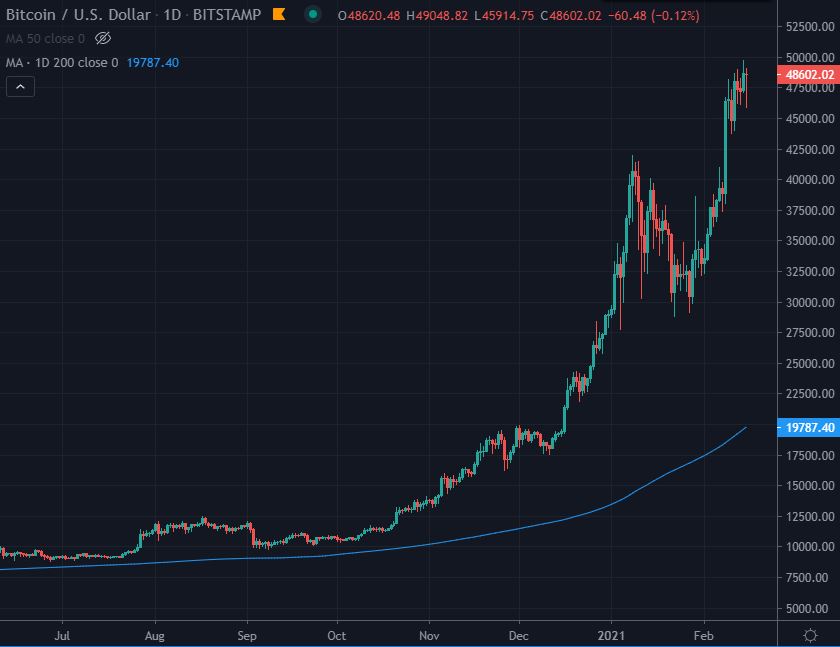 Don’t get me wrong. I’m enjoying this historic bull run as much as the next guy. Some of these altcoins have climbed between 200% and 500%, or even more, since the year began just six weeks ago.

This is the stuff dreams are made of, but I’m not so sure how sustainable these gains are. I think it is very unlikely that the corresponding projects have grown in usage by that much during this short period of time.

Still, that’s not to say things can’t go further. Personally, I’ve closed out many risky trades for now, and I am waiting to see if we can start notching out new highs before I redeploy capital.

My thinking is simple. If we do end up blowing the top, I might miss out on a few percentage points, but there should still be plenty of gains to be had. In any case, it’s not as if we’re not having a stellar year already. If we fail to breach new highs, or if we see a broader pullback, we will be able to get back in at much better prices.